Its amazing how times change over the years, this year apart from adding many more Old Photos to my collection, I also added a 1792 The Lady’s Companion to my collection of books. It’s almost falling apart, so has obviously been well read, the spine has almost gone & it’s quite discoloured, but the very worn leather cover is so tactile & it makes me wonder who owned it? who bought it as new in 1792? Did they buy it for Christmas? Inside it’s a monthy magazine, but published just once a year, covering lots of different subjects, cunundrums, news from home & abroad, fashions, essays, letters, portraits, patterns, songs set to music & other embellishments. Even announcements in the press of Births, Marriages & Deaths for the past year too. It’s a fascinating read.

In 1792. In December 1792 George III  was on the throne & William Pitt the Younger was Prime Minister. 1. Mary Wollstonecraft’s A Vindication of the Rights of Woman, was published, one of the earliest works of feminist literature. 2. Over 300 petitions were presented to Parliament against the slave trade. The House of Commons pledged to “gradually” abolish the trade. Also in this year 3. Henry Walton Smith and his wife Anna establish the newsagent’s business in Little Grosvenor Street, London, which would become W H Smith. Here’s some interesting snippets from the book.

Above 2 pictures..State Lottery (started abt 100yrs earlier)+Births, Marriages & Deaths for 1792

In a Hard Winter

An Ode to Christmas

The book also contains some rather puzzling puzzles ‘Enigmatical Questions’ 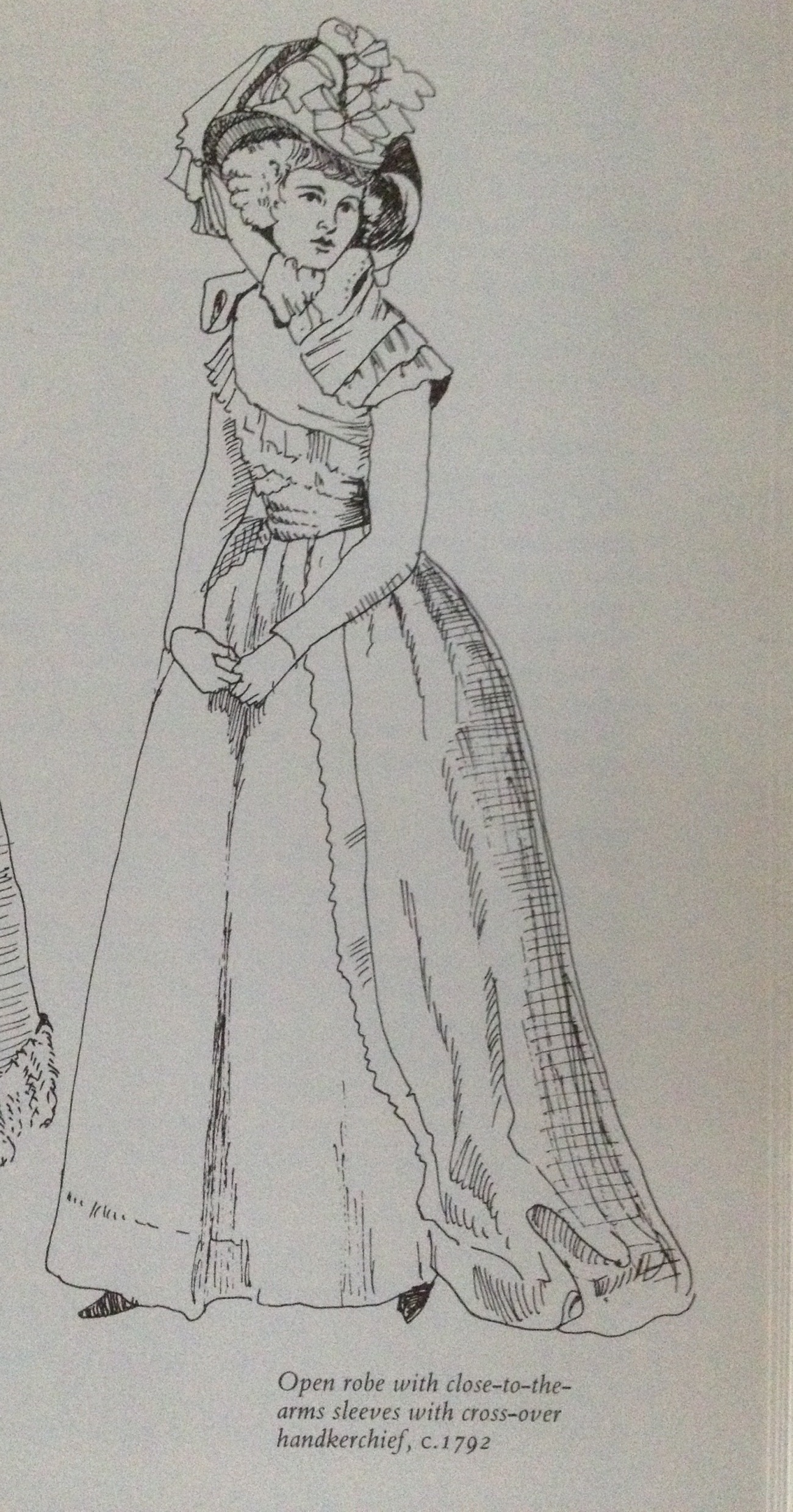 This is what the Fashionable young lady of 1792 was wearing, from my book of English Costume by Doreen Yarwood.

Now here’s a hundred years later in 1894. What a year for interesting things happening! Info from Wikipedia.

12 April – the annual Budget establishes death duties, they started on the 2 August

21 May – the Manchester Ship Canal is officially opened, linking the previously landlocked city of Manchester to the Irish Sea

The Prime Minister in December 1894 was Archibald Philip Primrose, 5th Earl of Rosebery, 1st Earl of Midlothian and of course Victoria was Queen.

Images from my collection of The Lady’s Realm, 1894 December issue. 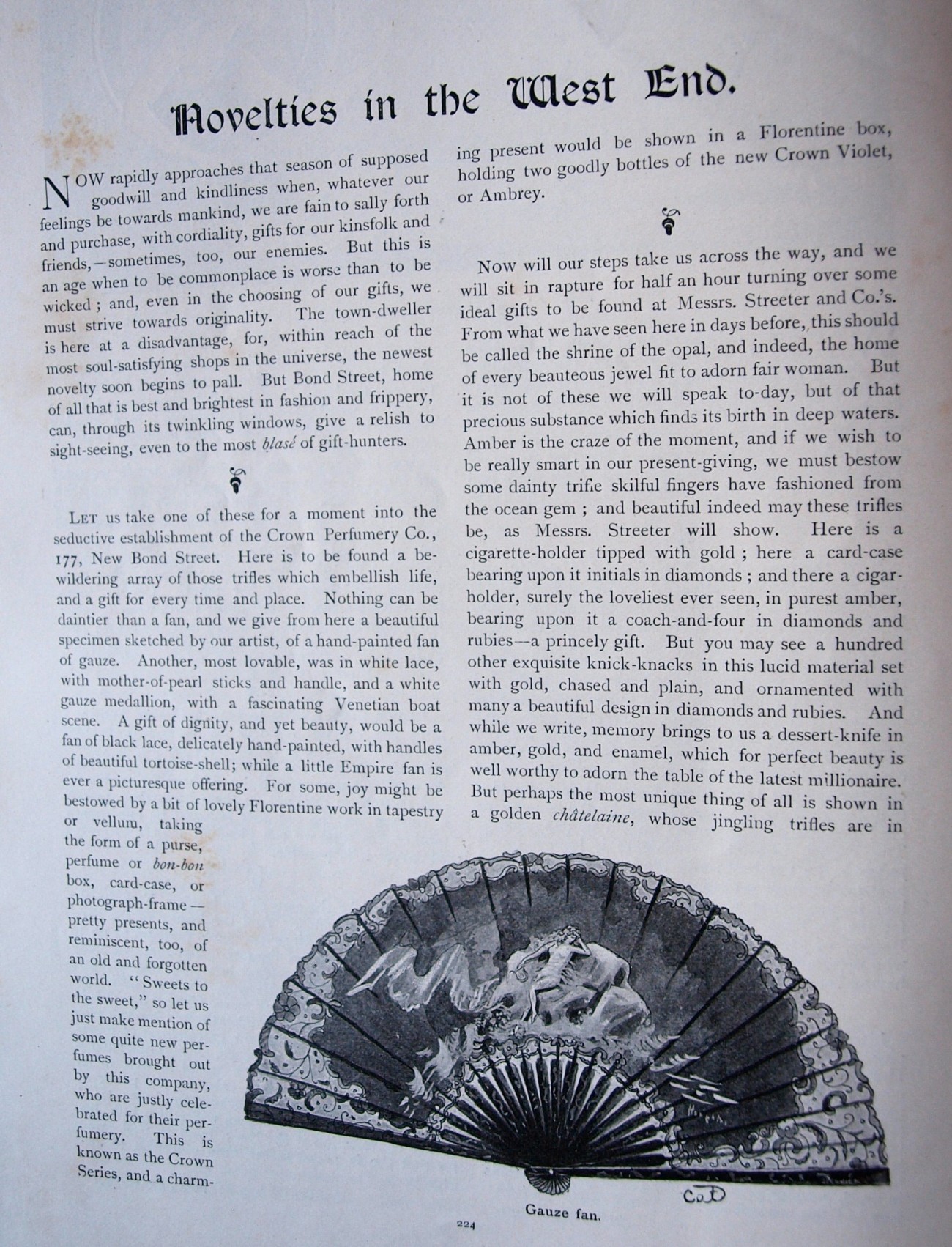 Above….Novelties in the West End, what would you like for Christmas?

The fashions of the day were quite spectacular & real fur was all the rage! 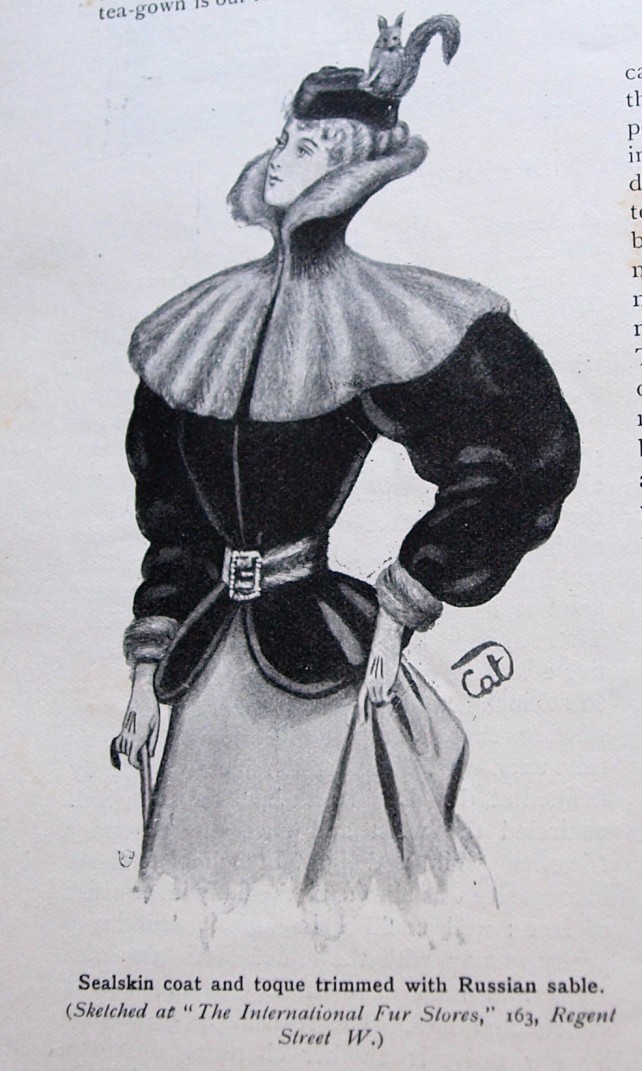 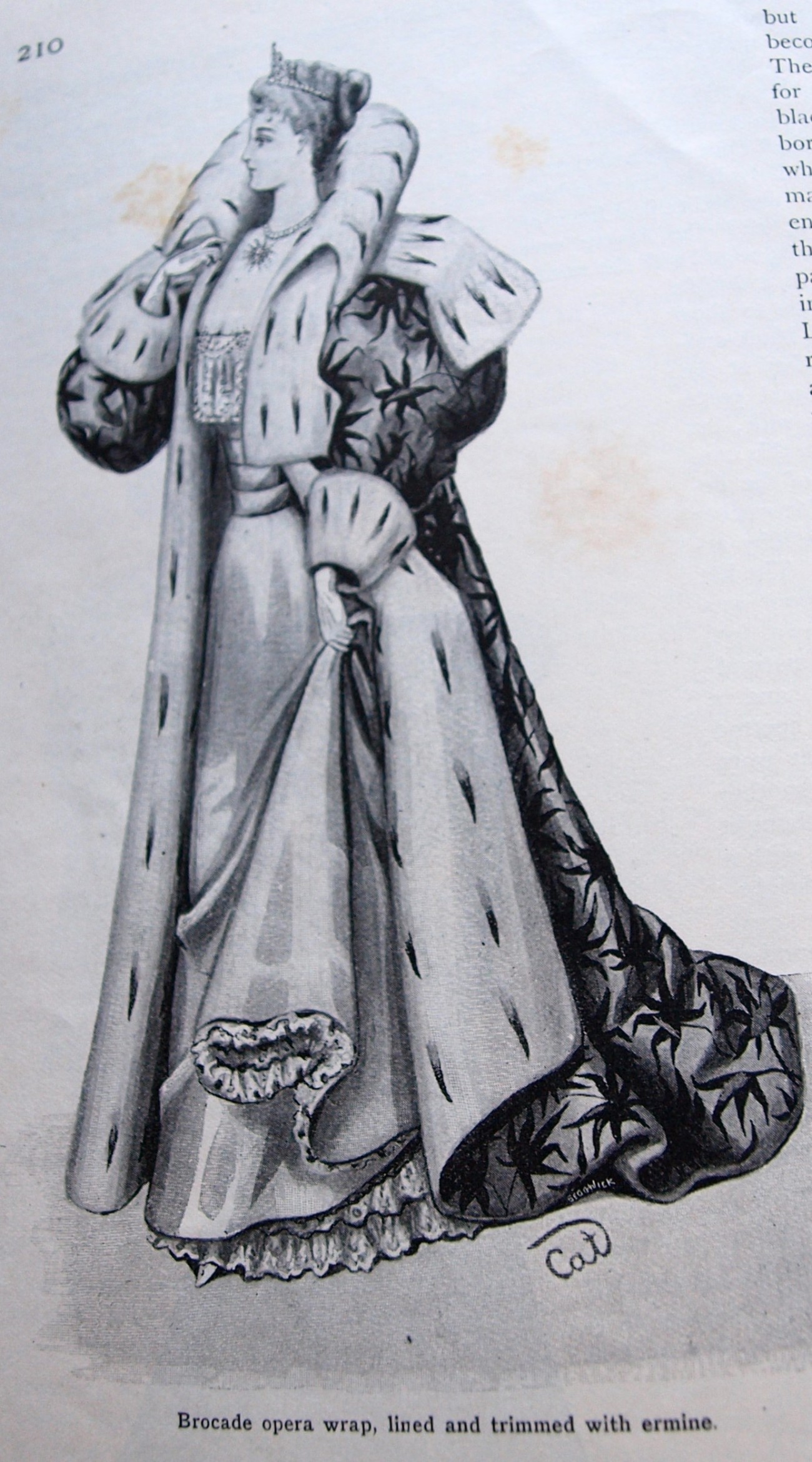 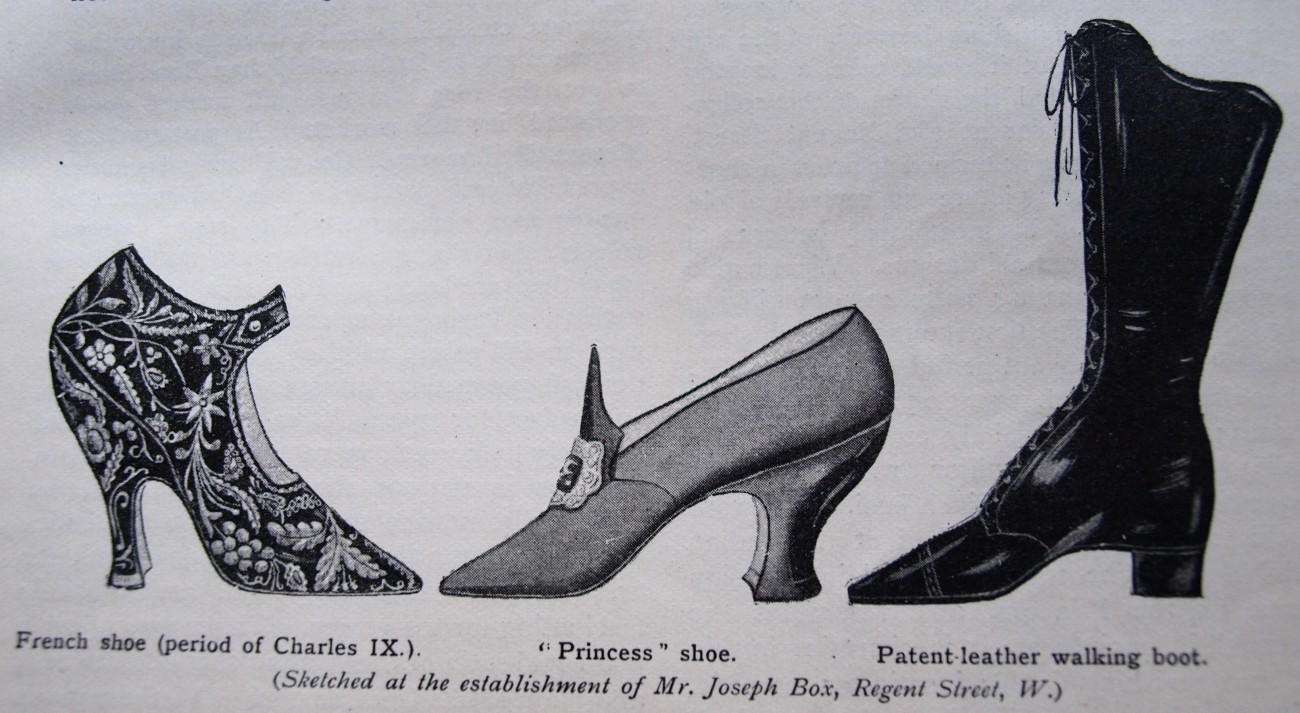 Footwear of the day from Regent Street

Of course if you are stuck for what to buy as a small gift there’s always this special soap!

Here’s a fabulous double page spread of Winter & Scating fashions in 1894 that I found in my Harper’s Bazaar Costume book. How did they breath? let alone scate!

Fascinating to read what our ancestors read in times past isn’t it. They’ll be more old photos & family history stories from me in 2018.