We have recently been to Wales on holiday and on the way we went to an Antique Fair in Devon, then on the way back another Antique Fair at Builth Wells Welsh Showground, I had some lovely finds from both, and this is some, and fabulous to actually have family information on! So I carried on going through the box of old photos after seeing the first one, and was lucky to find these other two Fleming Family photos that were written on.

This first one below was the one that caught my eye, Mum cherishing her young child, can’t you just see the overwhelming love and pride of her baby son in her eyes. Mum Christina married Malcolm Ludlow JONES, son of Patrick Lloyd JONES and Mary JONES, in Jan 1903 in Hampstead, London. Patrick was their only child.

The baby was Patrick Ludlow Fleming JONES & was born on 04 Aug 1905 in Willesden, London, England (JONES, PATRICK LUDLOW FLEMING FLEMING GRO Reference: 1905 S Quarter in HENDON Volume 03A Page 349 ). He married Dorothy WALMSLEY in Jul 1936 in Preston, Lancashire, United Kingdom. In the 1939 Register he is described as a Research Engineer for Radio & Television. He died in Jan 1975 in Northallerton, North Yorkshire, England.

Patrick’s Dad was Malcolm Ludlow JONES and he was born about 1862 in Glasgow as the seventh child of Patrick Lloyd JONES (Known as Lloyd JONES) and Mary JONES. He had six siblings, namely: Lloyd, Mary, Mary, William Cairns, William, and Kate. When he was 41, he married Christina Eliza FLEMING. He died on 11 Jan 1938 in Hendon, Middlesex, England.

Florence FLEMING was one of Christina’s sisters and was born in Apr 1881 in Hampstead as the ninth child of James FLEMING and Jane HASTINGS. Florence never married. She died in Jul 1967 in Croydon, Greater London, England. 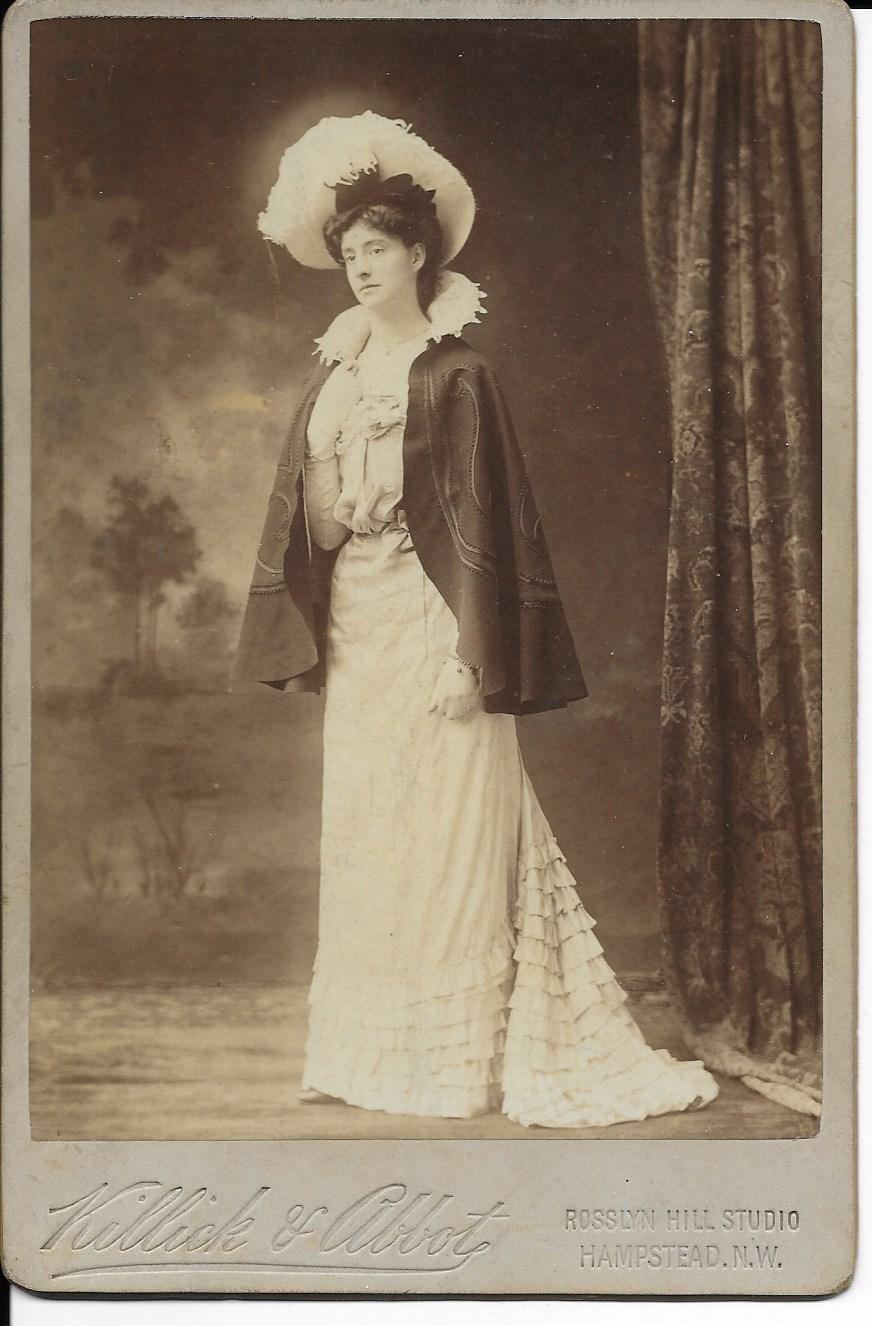 The last photo below is another of Christina’s sisters Gladys Elaine FLEMING was born on 22 Apr 1892 in Hampstead, London, England as the thirteenth and last child of James FLEMING and Jane HASTINGS (FLEMING, GLADYS ELAINE HASTINGS GRO Reference: 1892 J Quarter in HAMPSTEAD Volume 01A Page 660). When she was 21, she married Frederick A Slee in Apr 1914 in Hampstead, London. She died in Jan 1971 in Weymouth, Dorset, England. 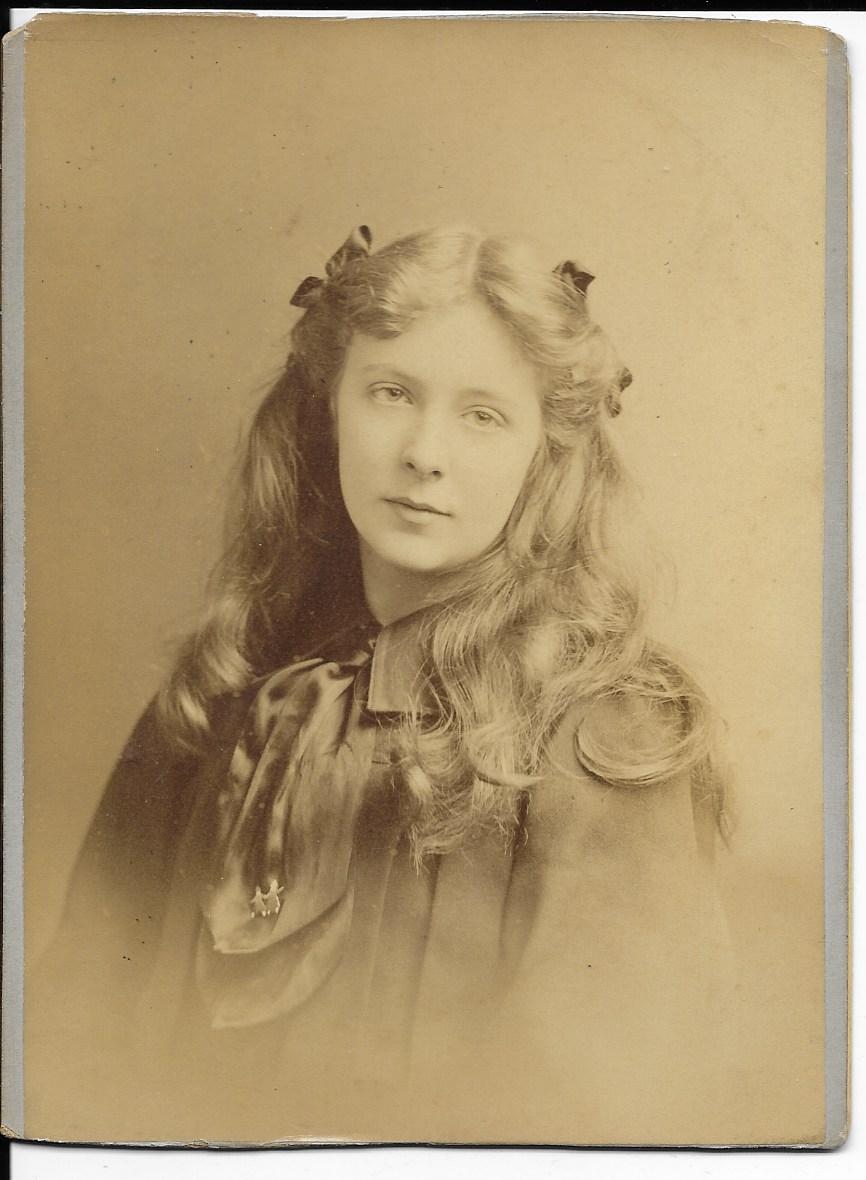 Both of Patrick’s Grandfathers were fairly well known in their fields, firstly I have found some photos of Maternal Grandfather James Fleming on someone’s Ancestry Public Tree. Centre image is a Photograph of James Fleming, Esq., I.S.O. from a program for a Concert At The Queen’s Hall, Langham Place. In the 1891 & 1901 described as a Surveyor for H.M.Customs and 1911 Census being described as H M Customs Collector, a Pensioner. 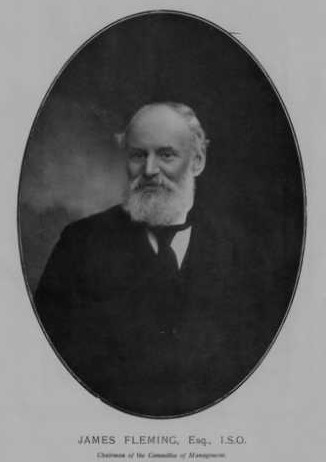 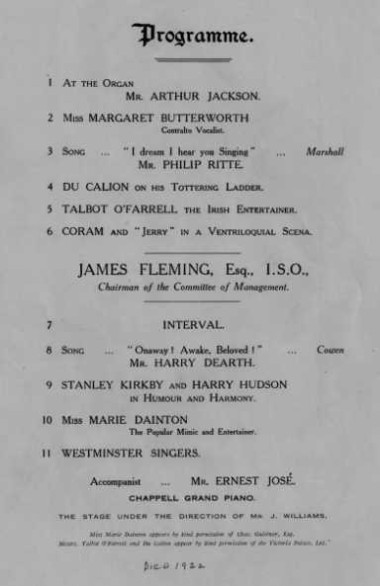 What an large and interesting family Patrick was born into!

This is the Public Family Tree I have compiled on Ancestry to accompany this Blog: Fleming/Jones Family Lynns Waffles

Have you any connections to this family? Do get in touch if you have.

Till next time then…….