The Gibbs Family of Beaminster. Pt 2.

After I wrote the blog back in January about William John Gibbs the Baker and his family, I was sorting through another bunch of old photos that were in my queue ready for scanning and discovered this! I was astonished, I remember picking it out because it was a lovely group and at the time hadn’t turned it over to see the writing on the back. Often if I’m sorting through a lot from a box I have to be quick, so just buy ones that are a nice image, always a bonus then if I find writing on the back. 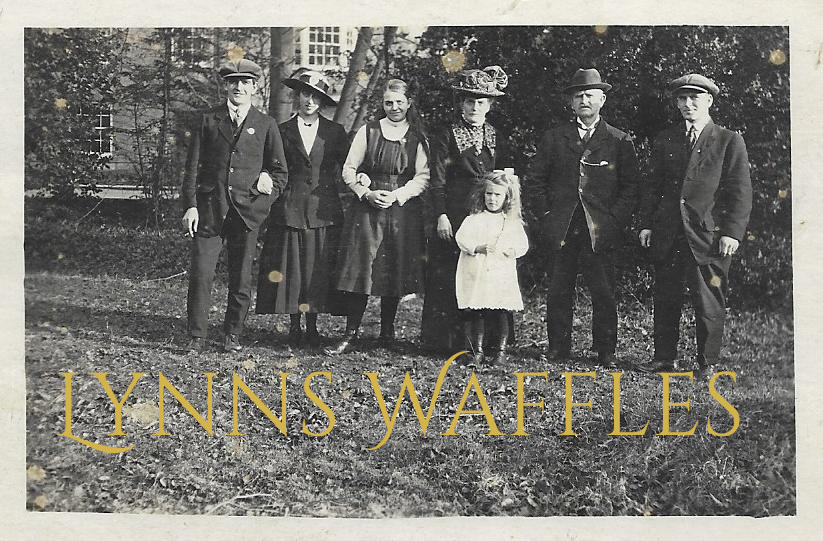 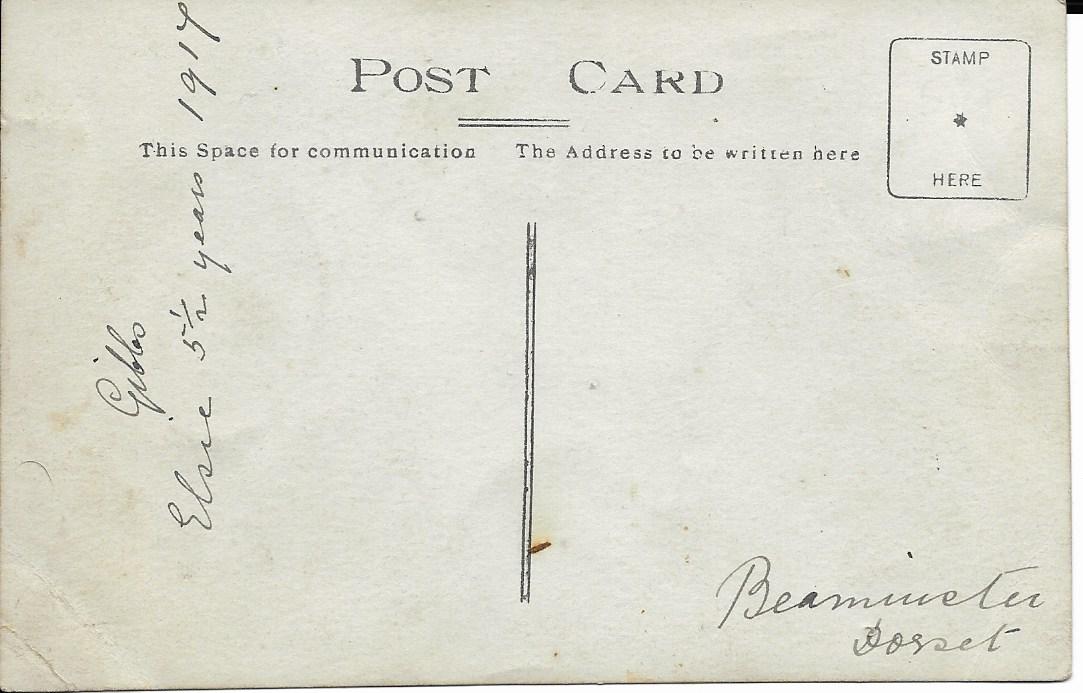 What a treat to have another photo that is written on of the same Gibbs family, especially as I’m sure this is Mum (Lydia) Dad (William) daughters Lydia (next to Mum) and Elsie (aged five & a half) then either side are the Twins Stanley and Leonard, I don’t know who the young lady is on the arm of one of the Twins, but a girlfriend maybe?

Stanley had just returned from America in December of 1916, so it’s lovely to see the family all together in this photo dated 1917. A very special unexpected find, was it taken at the Manor House I wonder? See below… 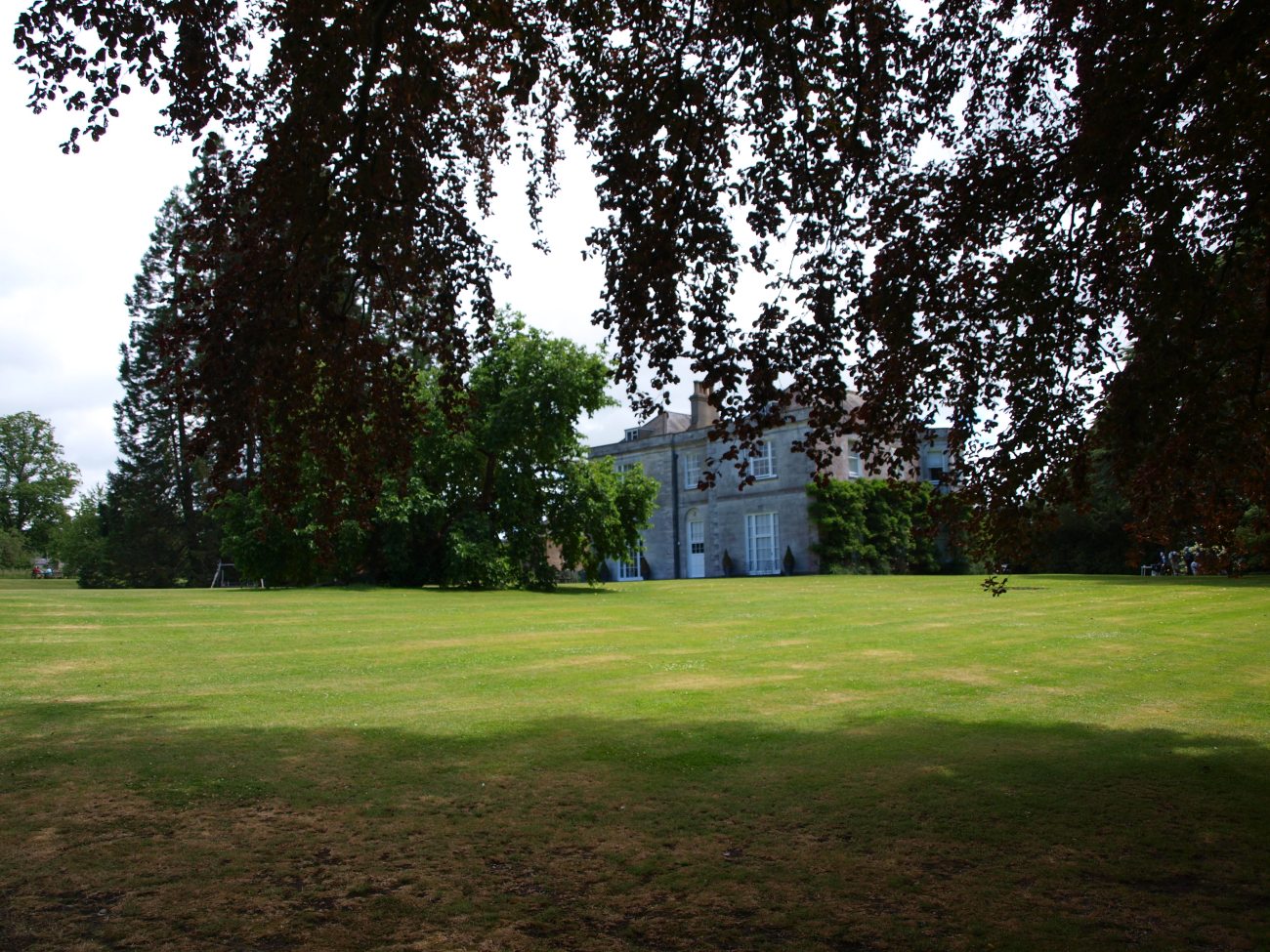 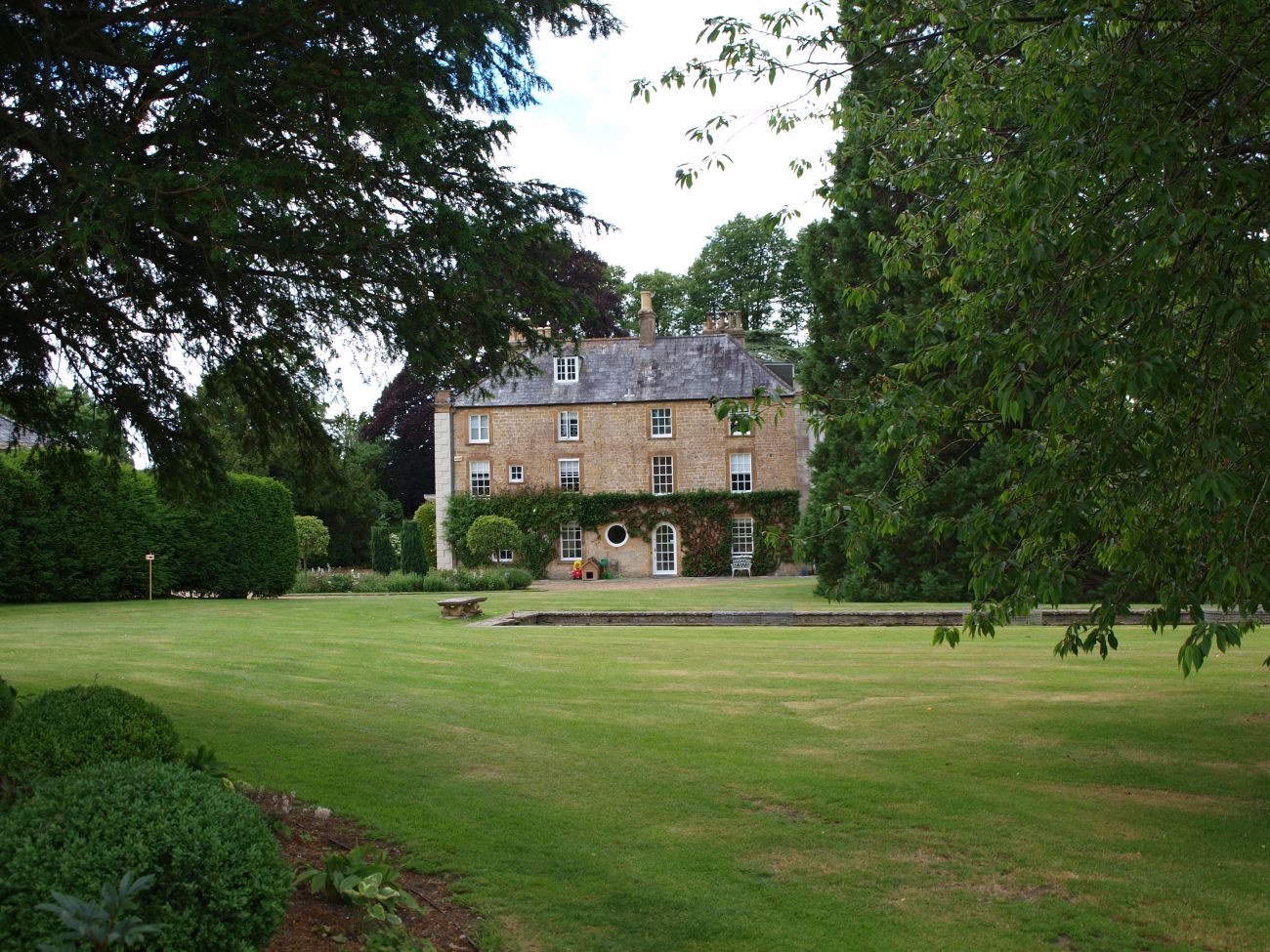 These above are two photos I took of our local Manor House when they had a garden open day, looks very similar to the house behind the family Gibbs in the photo above.

Do you have connections to the Gibbs family? You might like to have a look at the Family Tree I have created on Ancestry (Free to register as a member) for the Gibbs Family:

When we visited the local cemetery looking for the resting places of the Gibbs we also found a few more Gibbs residing there too. Here are some of my photos: 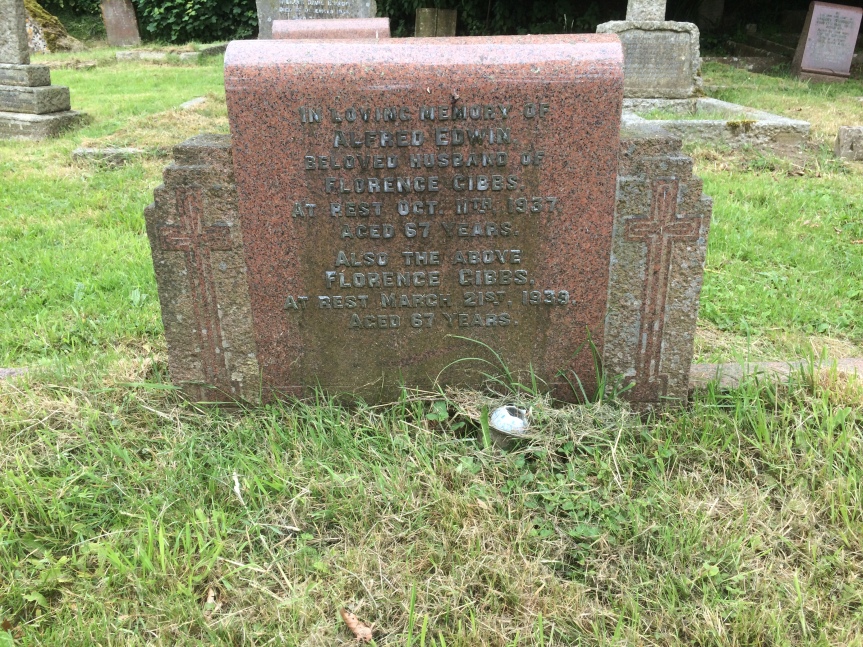 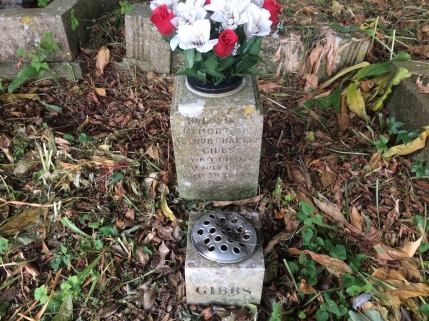 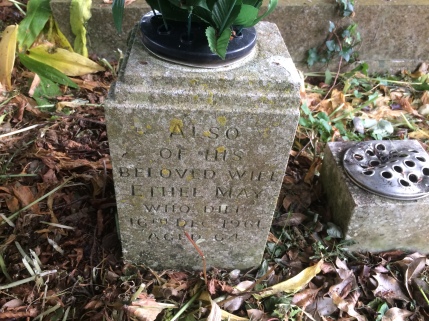 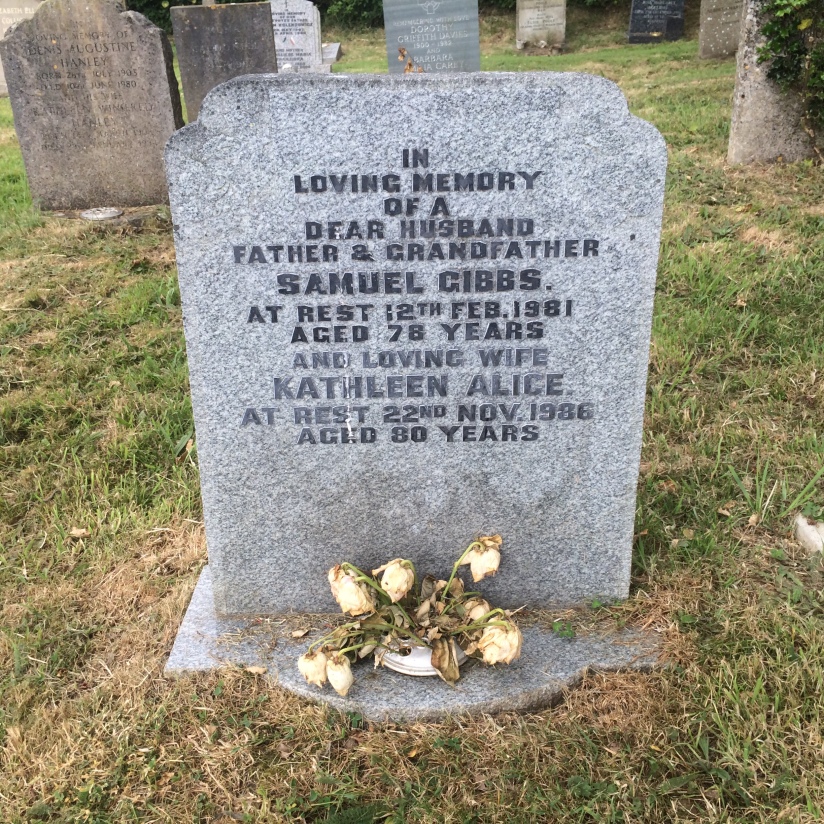 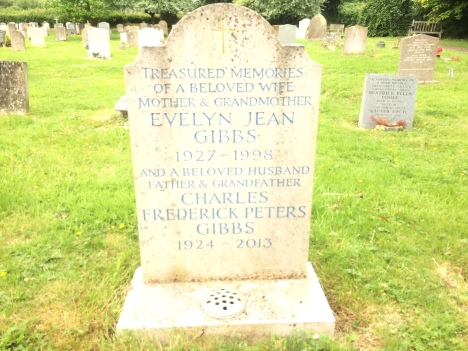 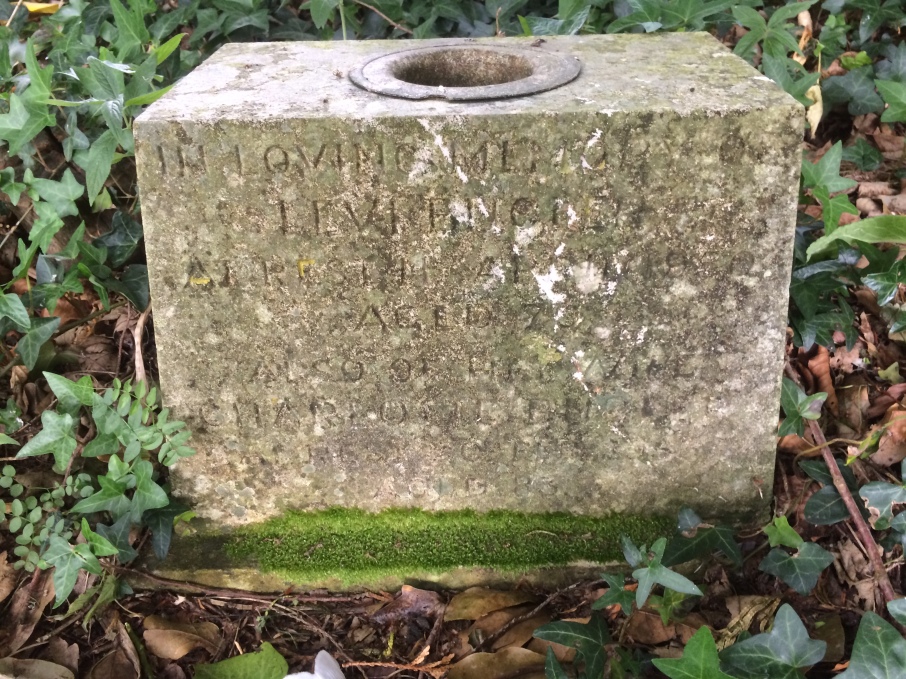 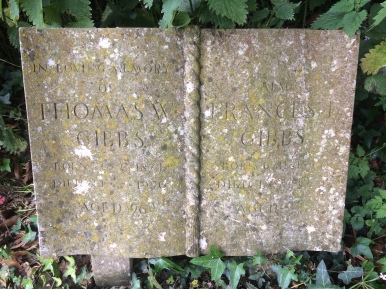 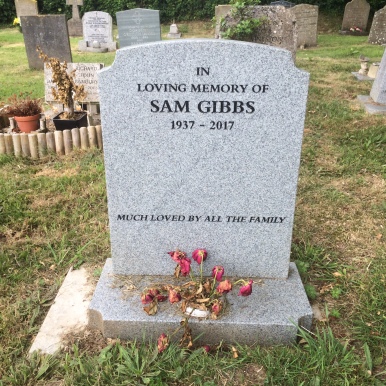 There is also this one below from St Mary’s Churchyard Beaminster, found on an Ancestry Public Tree of Thomas John Gibbs. 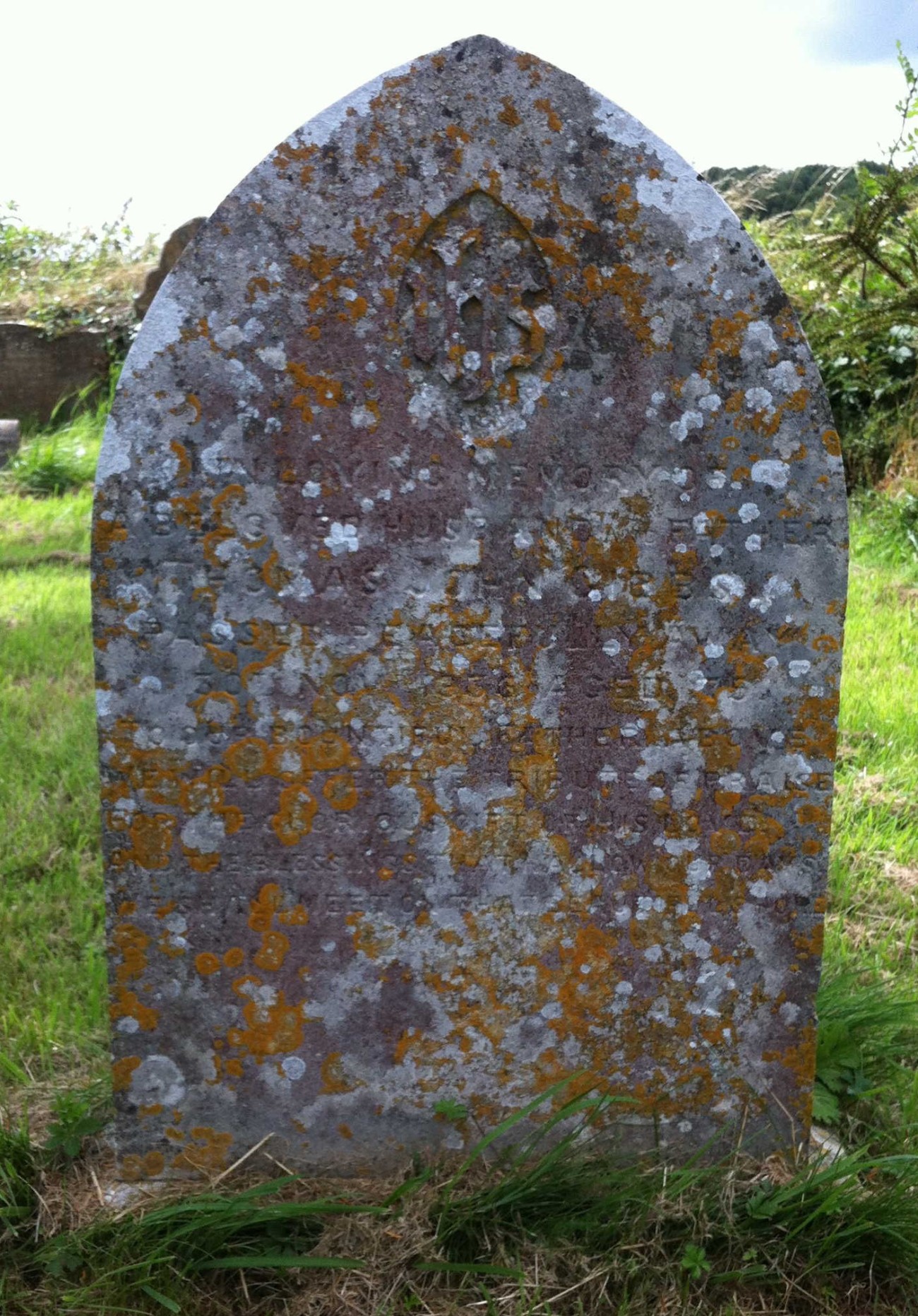 Then also I found these two memorial headstones of the Gibbs family in Australia, also on a Public Tree on Ancestry. 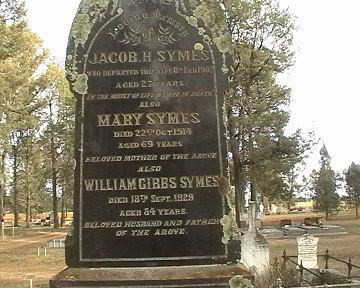 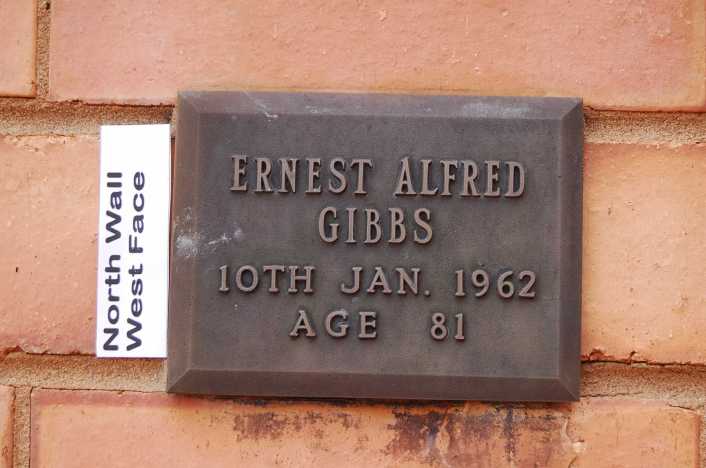 Beaminster Families…….This Memorial (Photos below) is a splendid reminder of the men of Beaminster who fought during the First World War, it contains many of the GIBBS family, and can be found at the entrance to St Mary’s Church. 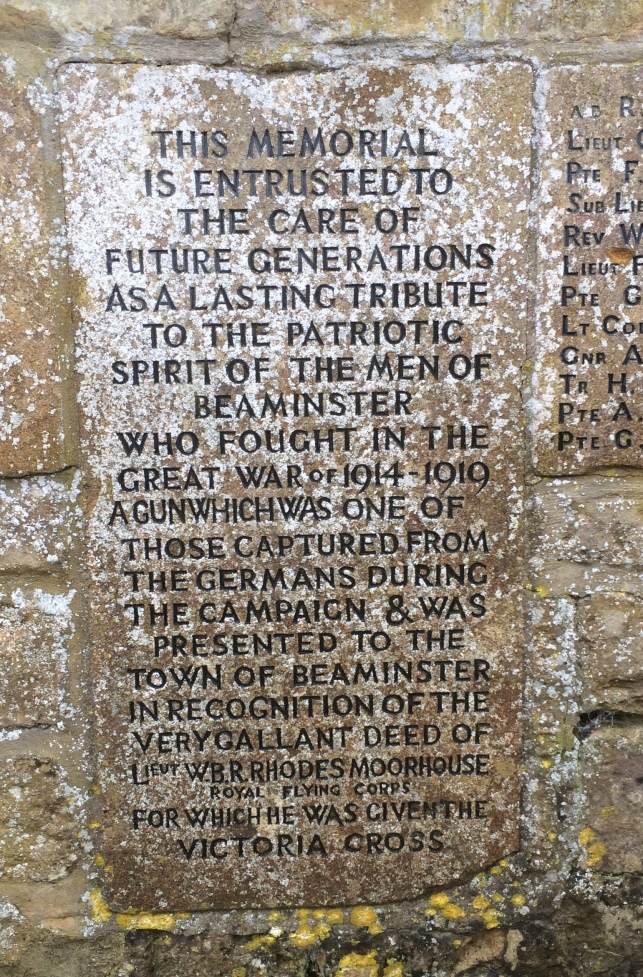 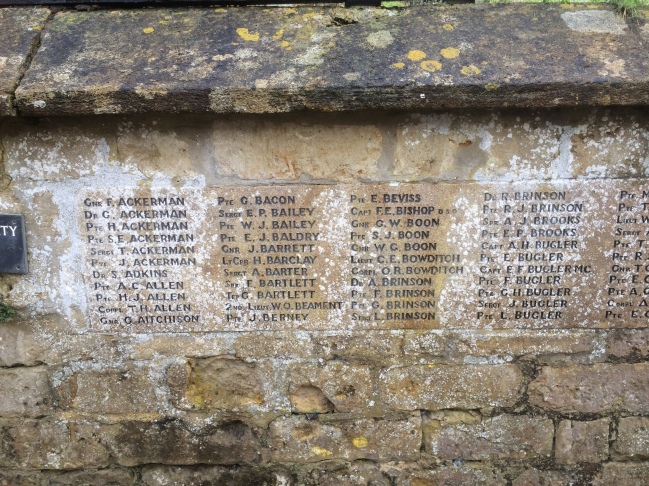 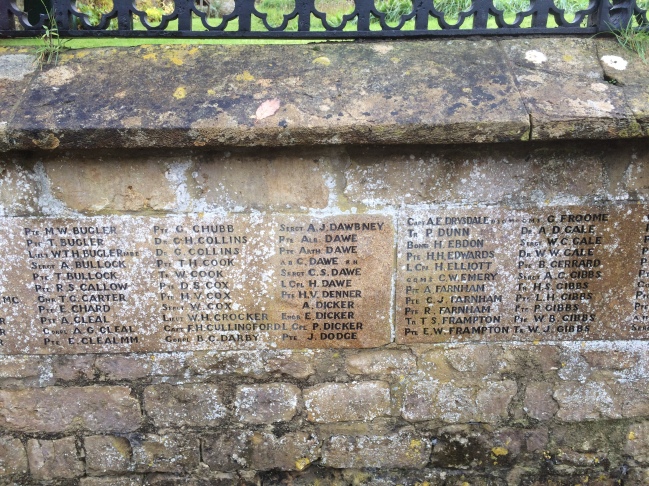 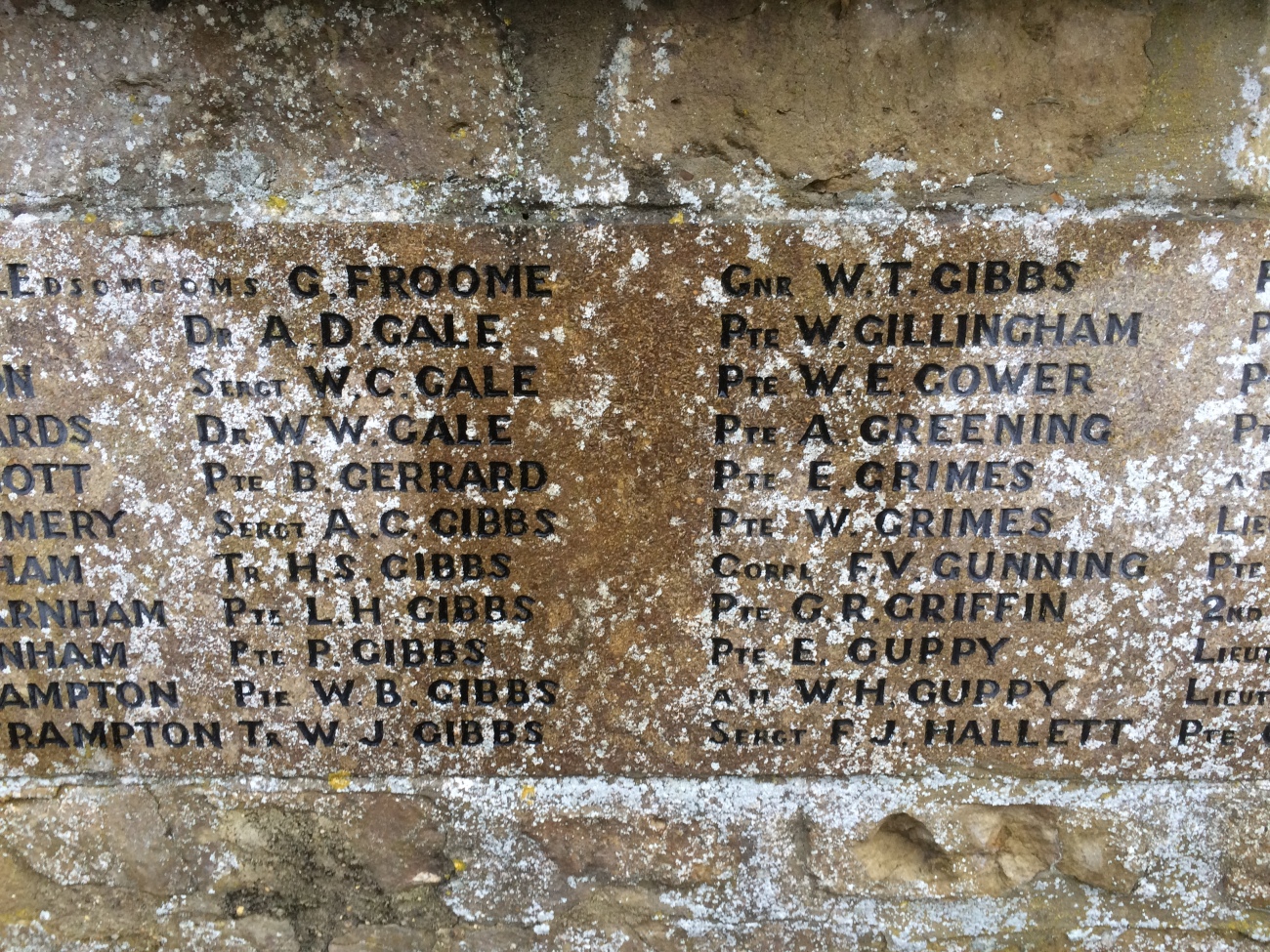 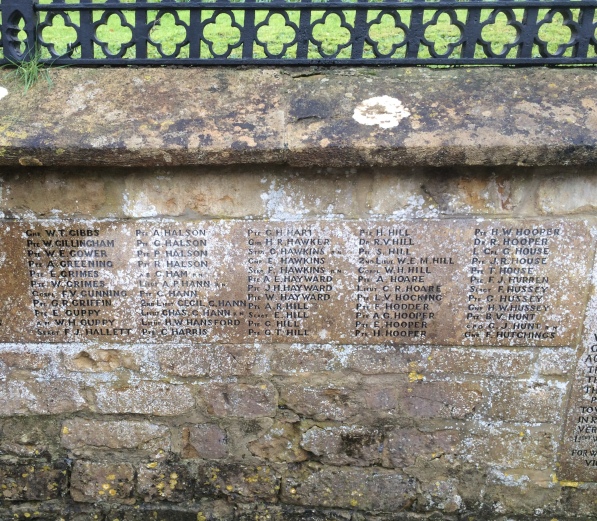 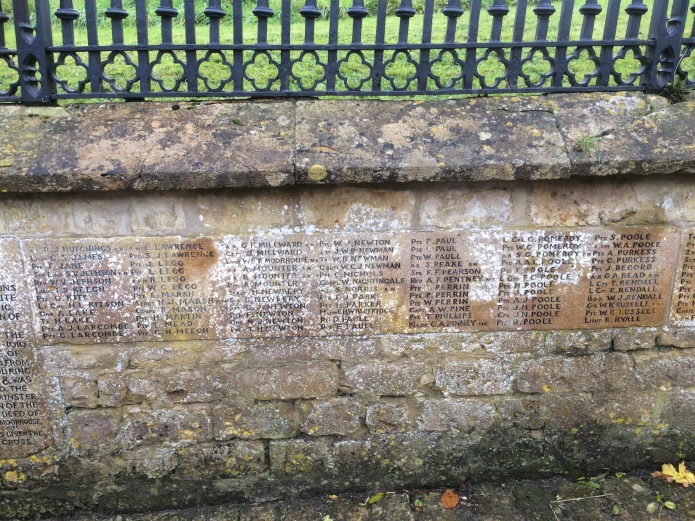 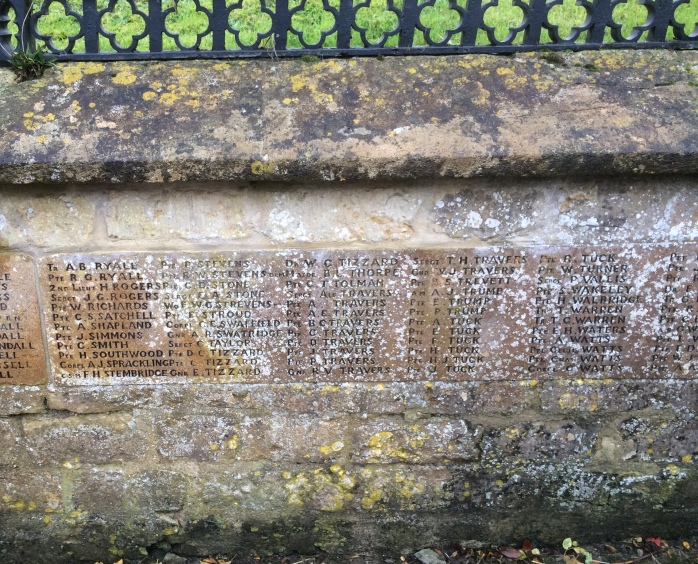 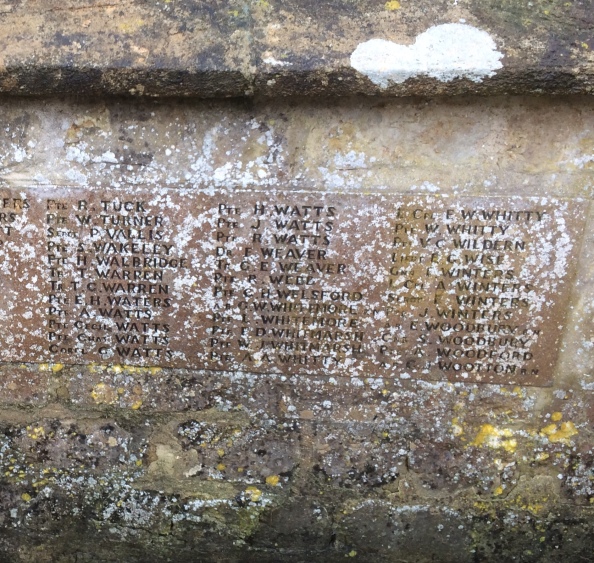 Lots more information all about Beaminster can be found in these three super books      1) ‘A History of Beaminster‘ by Marie de g Eedle. 2) ‘The Book of Beaminster & Local Village Life‘ by Beaminster Museum. 3) ‘Beaminster‘ by Gerald Gosling. I borrowed them from our local library to have a read, very interesting books with loads of fabulous old photos. Of course as I said in the first Blog about the Gibbs family you can always pop into the Beaminster Museum if you are local, they will be always willing to help with lots of knowledge of the local area.

A Little more of the History of Beaminster I found while researching:

“Beaminster is a small town and civil parish, in the Domesday Book of 1086 the manor of Beaminster was recorded as being owned by the See of Salisbury. Bishop Osmund gave it as a supplement to two of the Cathedral prebends in 1091.

In the English Civil War the town declared for Parliament and was sacked by Royalist forces in 1644. Prince Maurice stayed in the town on Palm Sunday, though his stay was brief because a fire, caused by a musket being discharged into a thatched roof, almost totally destroyed the town. The town suffered further accidental fires in 1684 and 1781. Beaminster parish church is notable for its architecture, particularly its tower. St Mary’s Church construction mostly dates from the 15th and 16th centuries, but was restored twice in the 19th. The eastern part of the north aisle incorporates part of an earlier 13th-century building, and the font bowl is late 12th-century. The pulpit is Jacobean.”

I also came across some of the Ghost Stories of Beaminster.

1. The lane leading to Stoke Abbott is said to be haunted by a wicked landowner , condemned to drive his coach and four horses along this lane for ever more….

2. In 1728 Beaminster School, now part of St Mary’s Church a boy
thought to have died from a fit, John Daniel was buried after being found dead in a field near his home. Soon after, his ghost was seen in the school, a coffin by his side as he sat at his former desk. A new examination of the body revealed John had been strangled, though his killer was never found.

3. Another tells of a sighting in 1998 at Bell Farm in Beaminster when a farmer reported seeing two figures, a young boy and a woman in a long white dress standing in a field by his livestock.
When he shone his flashlight at the people he could see that the woman had eerie pink eyes.
Filled with fear the farmer did not move until the figures disappeared towards the local graveyard, after which he ran home.
Above examples found published in the Dorset Echo online.

4. Blue Lady. Location: Beaminster – Bridge House, Whitcombe Street (no longer standing)
Type: Haunting Manifestation
Date / Time: 1900s onwards
Further Comments: This property was haunted by a tall slim lady wearing high heels. Sightings of her were said to be so frequent that she was treated as a normality. Another more violent entity haunted the guest room, keeping visitors awake during the night by removing bed sheets and pushing over the side table. This example found on the ParanormalDatabase.Com.

A Very Happy Easter to everyone, hope it’s not a scary one! 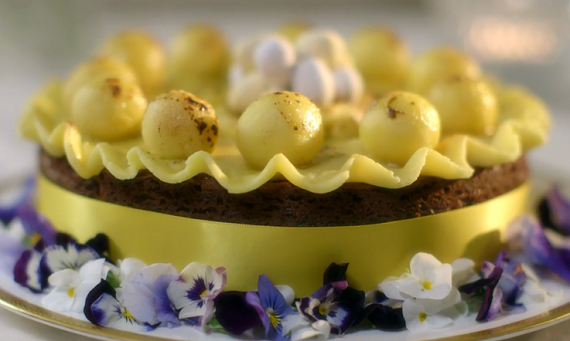