Occasionally I get the inclination to buy odd bits of ephemera, and not just old photos from Antique Fairs. I saw this envelope among some papers and old photos in a box, obviously I didn’t have the time to read it, but spotted the date and then when I took out the letter it seemed complete, from your loving son Jack. So I took a chance that it might be interesting, so glad I did because I was right!

The letter is super and a section of it tells how Jack (Frederick John Adlam) and his pals were part of a very famous film in 1942, starring Vera Lynn! Have marked with red the Vera Lynn bit. The letter is an enjoyable read, a typical son, so very interested in his food! 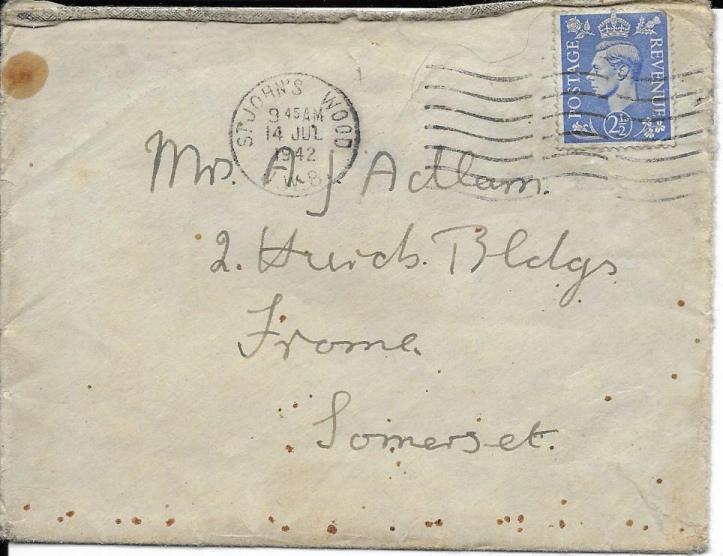 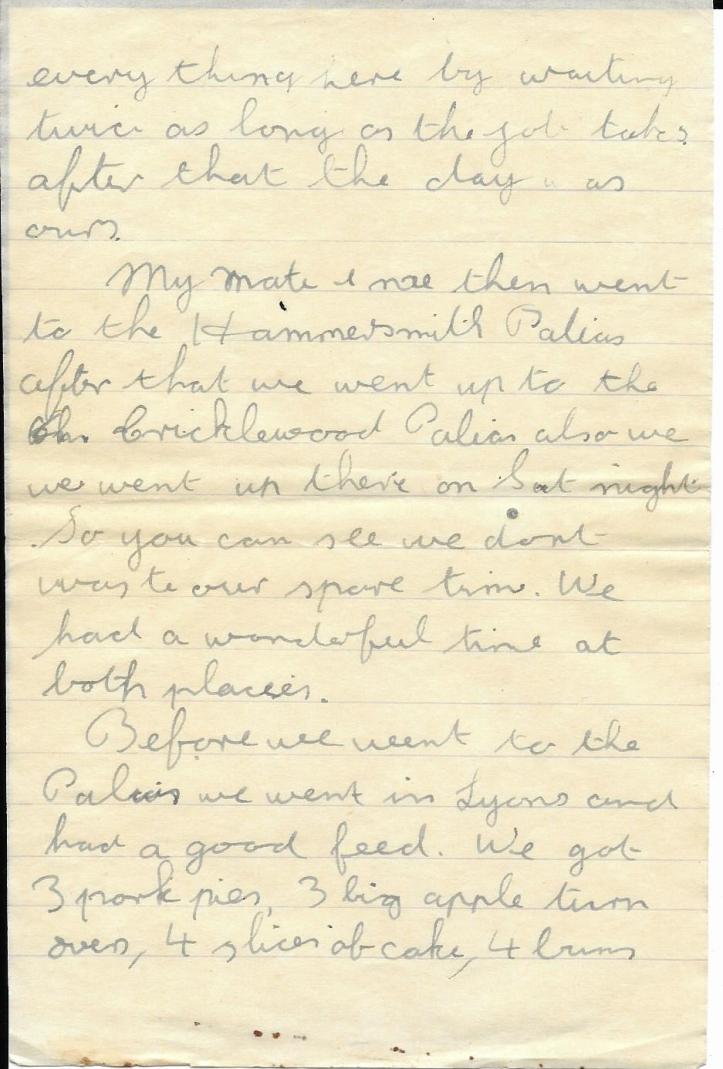 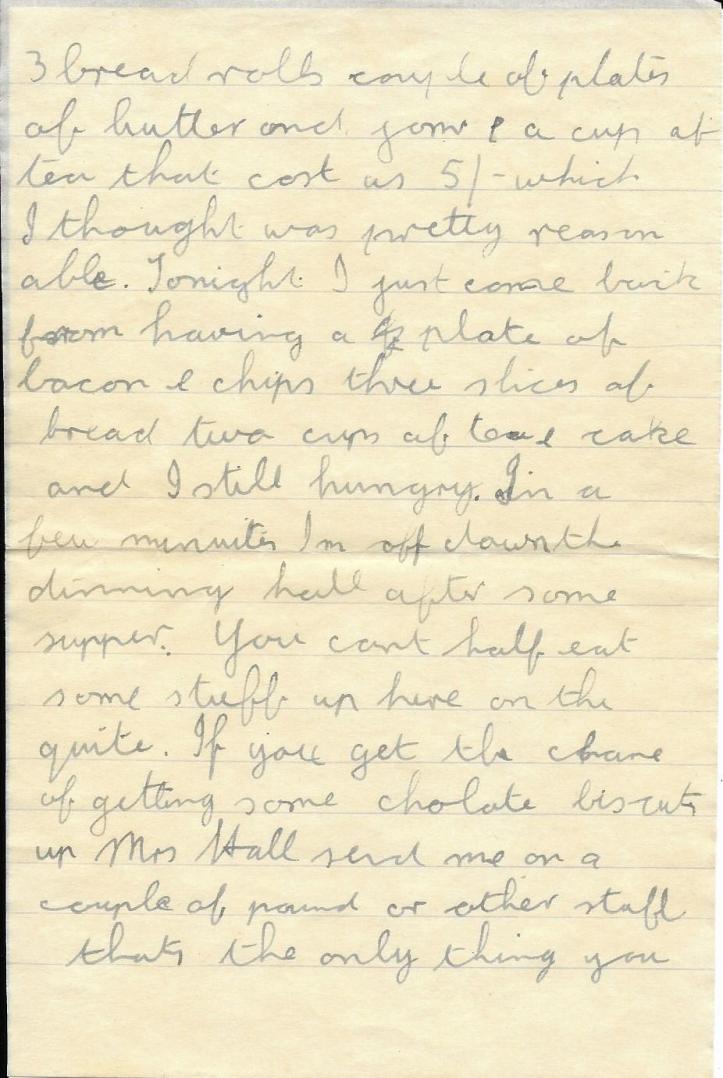 This is the song by Vera Lynn in the actual film We’ll Meet Again released in 1943, we know through this letter that this part was filmed at Regents Park in 1942, the famous George Fornby was the Associate Producer, who knew? I thought he just played a ukelele. I didn’t know that! We’ll Meet Again (Song from film)  I would love to know which one of that crowd is Jack Adlam (Frederick John Adlam)

So now I had to identify him,  I started with the nearest record to Jack’s 1942 letter, of course the 1939 Register. I was so lucky that the Adlam family lived at the same address as on the letter, No 2 Hurds Buildings, Frome, Somerset. Dad Albert and Mum Amy (Jones) Adlam had three sons I have found, just two showing in this record below, their eldest son Albert Perry Adlam, 1919-2002, was maybe in the forces? I haven’t found him yet on the 1939Register. 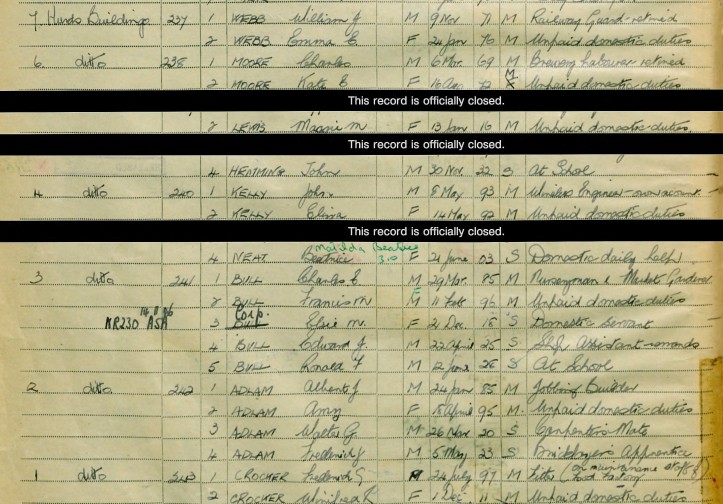 But Frederick John Adlam, 1923-2014, has to be our Jack, the name John often being known as Jack, is there as a Bricklayers apprentice, also his other brother Walter George Adlam 1920-2002, a carpenters mate. Their Dad was a jobbing builder, so they obviously followed in his footsteps. 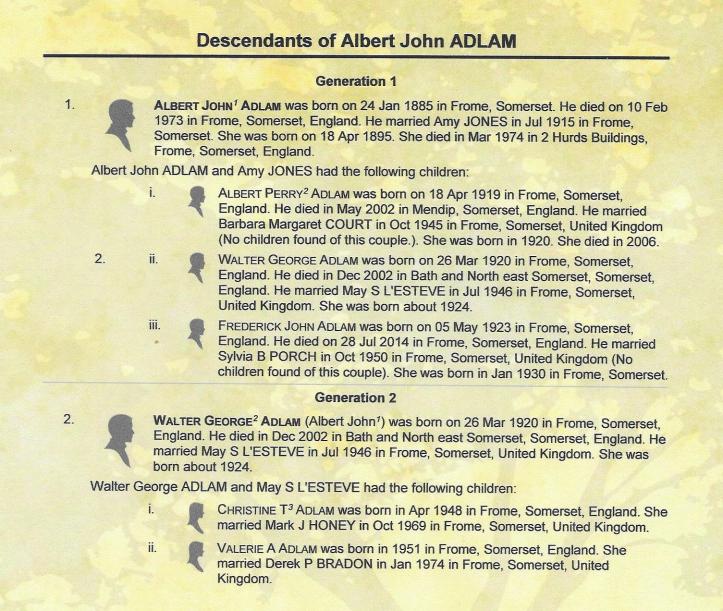 As you can see from the details above only one of the three sons Walter George Adlam, went on to have any children that I have found, although they all married. So I wonder if there are any descendants of Christine T Adlam or Valerie A Adlam out there somewhere, they both married, but did they have any children? Do you know the family? Are they your Ancestors?