Who was Ellis Ogilvie? 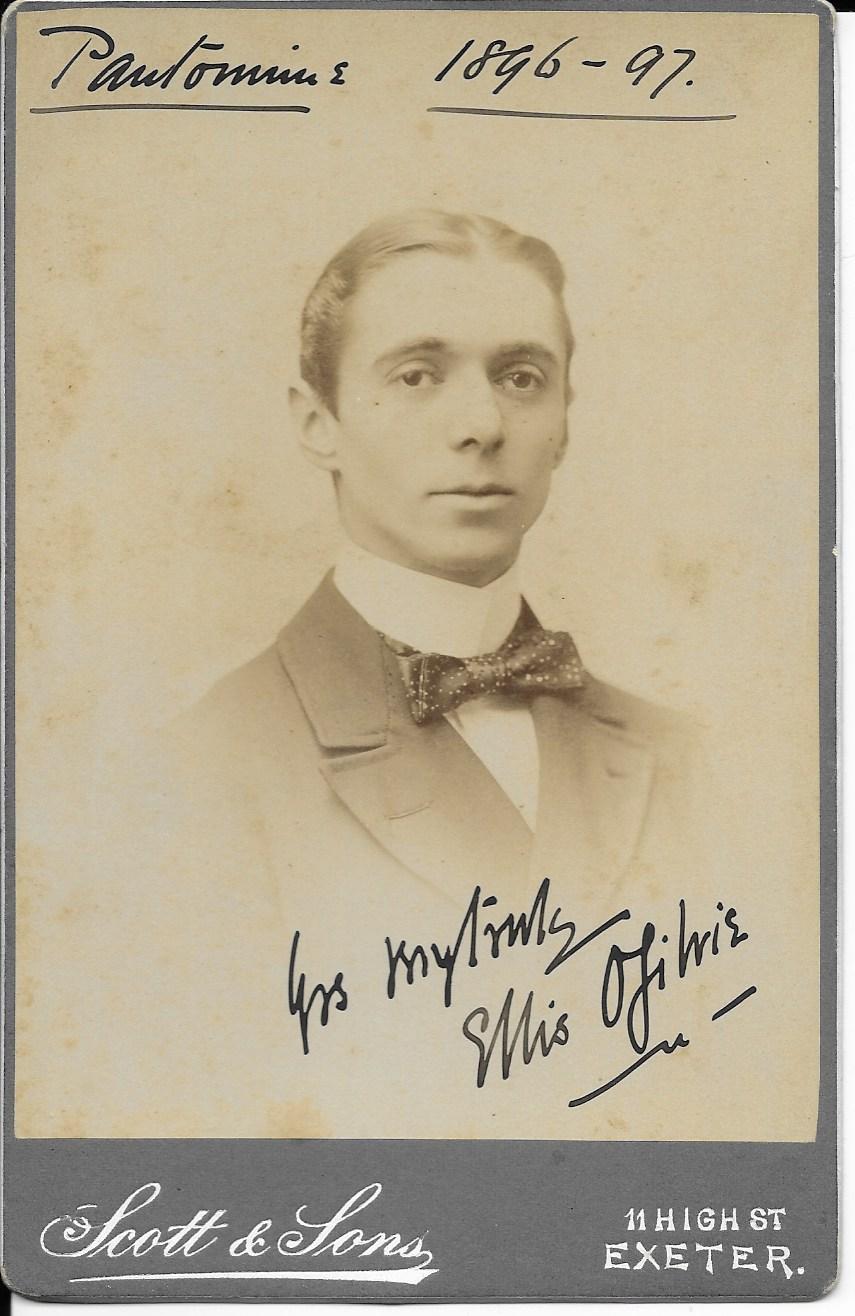 This good looking young man above is one of my recent finds, so today I thought I would share it with everyone on Twitter in the hope that I could find out his name. My Twitter followers are brilliant and they didn’t disappoint today. Follower @BlatchelyJoanna quickly came up with Ogilvie as his surname. So Ellis Ogilvie, but apart from many many mentions in the world of Theatre all over the Country in the British Newspaper Archives on Find My Past, I couldn’t find him elseware, not on Ancestry or Find My Past, there was an Ellis Ogilvie in Yorkshire, not the correct one, but that was it!

So I quickly realised that Ellis Ogilvie had to be his stage name, but after trying for at least a couple of hours following every lead possible on the internet, I was still no further forward. Apart from the different places he had performed in Dublin, Scotland, Jersey, Guernsey and many many places all around the UK, only one thing struck me was that several times he performed duets with an Ida Clifton, so I thought that that may be an angle to try if I had no luck following his name, you never know they may have been an item.

So I went back to the Newspaper Archives on Find My Past, entered his name again filtered 1890-99 and started to read every single one of the mentions, 180 in total. So glad I did, my first breakthrough came in the form of a Birth announcement on 6th May 1899, he and his wife had a son! So maybe he was Ellis Ogilvie after all?

So going onto the GRO website (General Register Office) I searched through 1899 for Male births in named Ogilvy, as he was born in Hampstead, but Dad travelled so I thought that any one of them could be correct in the 2nd or 3rd Quarter? But I started with London area first, there were 4 possible names, but after tracing the families in the 1901 & 1911 Censuses none were correct, so back to out of London, but still no results looking for an Actor/Performer Father.

So back I went to the Newspaper Archives thinking that if he had announced the Birth of a Son there might be another announcement of another child maybe?

After another half hour reading all the reports for any clues I hit gold! I did a happy dance!!!

So at last we know his name E.F.Overbury and his wifes name was Elizabeth Ida Bartlett, known as Ida Clifton. So my instinct back at the beginning was right, they were a working duet that married.

The rest was straight family history research, I have made a very small tree on Ancestry for those that like to see. Link here… Ellis Ogilvie-Overbury

He lived in Ashford, Middlesex, England on 02 Apr 1911 (Marital Status: Married; Relation to Head of House: Head. A Printer, so had he given up the stage as an actor after his two sons were born. He arrived in London, England on 13 Dec 1928 (Travelled from Buenos Aires. Occupation is a Representative.). He lived in Bedfordshire, England in 1939 (Marital Status: Married. Hotel Proprietor of the Anchor Hotel, Biggleswade, Bedfordshire with his wife Elizabeth, the Hotel Proprietress).

Here’s a few more Newspaper clippings from the archives. 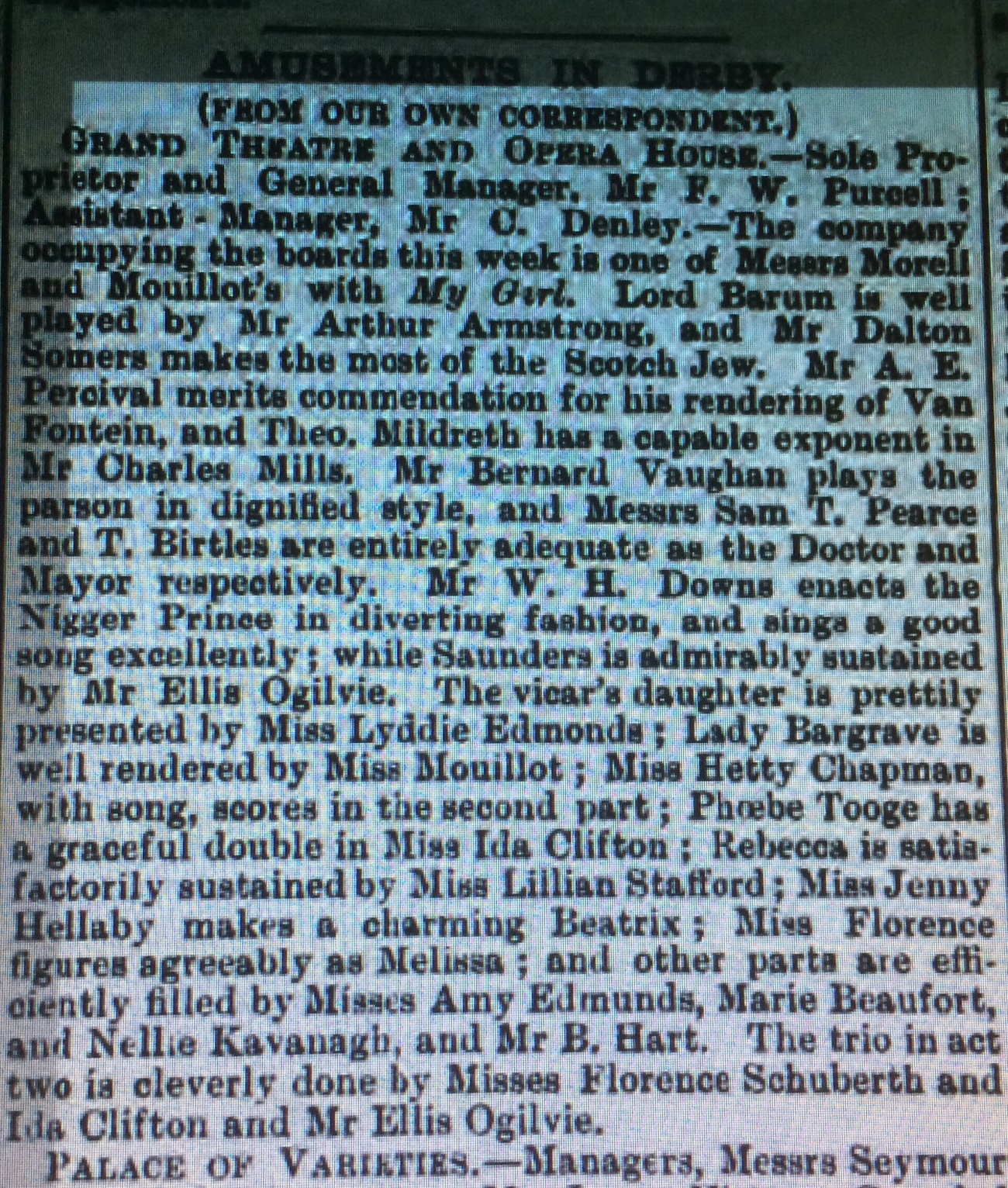 Ellis and Ida mentioned here above 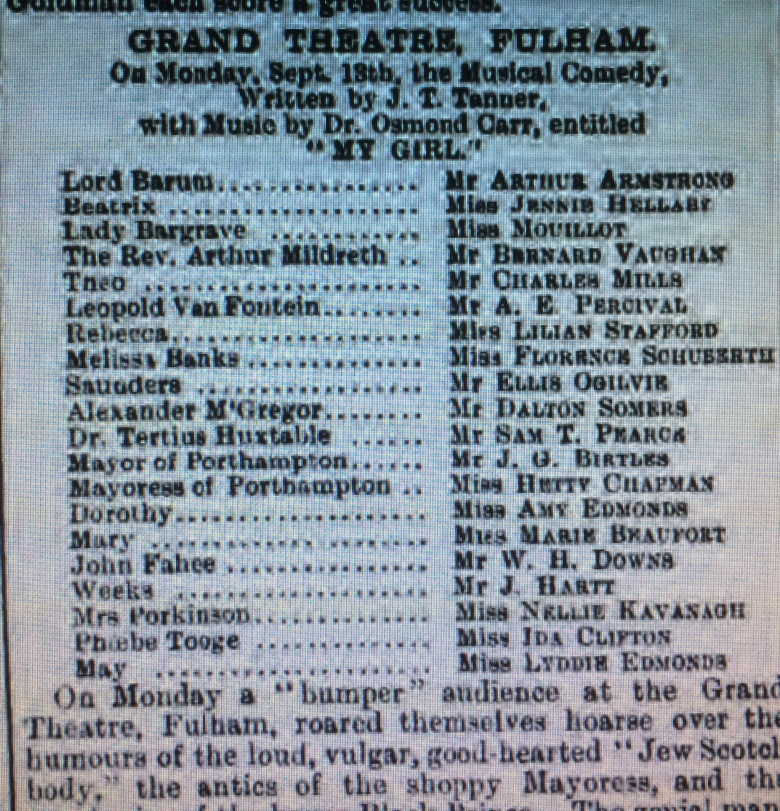 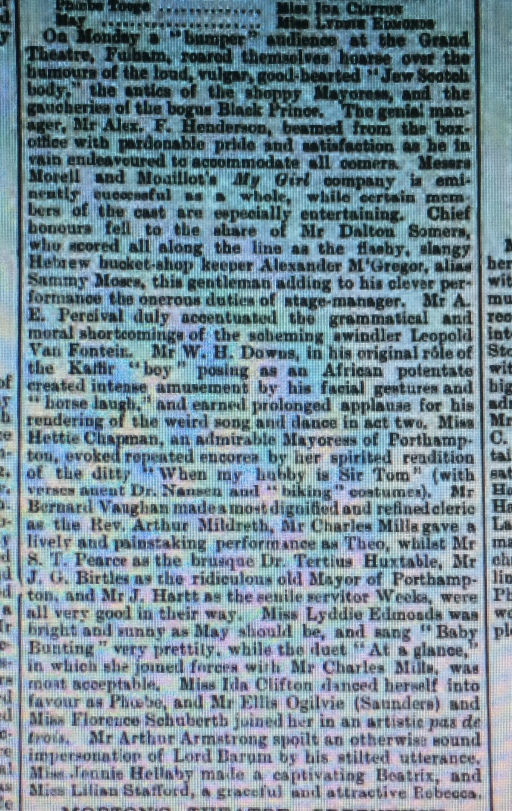 Once again the husband and wife team are performing together, above.

Ellis Ogilvie AKA Edward Fox Overbury died in Biggleswade on 15th Oct 1944, if you know of any family or any more information to add I would love to hear from you.