I thought today I would start to tackle one of my boxes full of ‘to scan’ old photos and other ephemera. I have loads queueing to still scan and research thankfully!

These school reports looked interesting and so I started to compile a quick family tree this morning. The school reports refer to a boy called Robin Charles Hendrick Wolton, born in Doncaster in 1934 to parents Charles Sidney Wolton and Nellie Crawford/Craufurd Hendrick. Robin died aged 75 on 13 June 2010 in Tuckton, Bournemouth, Dorset. But what happened to him in life?

Father Charles was a Baker when the couple married in 1925 in St Peters Church, Belsize Park, Camden, London. Then after described as a Caterer and Confectioner. Here above is the brief family tree I have compiled today on Ancestry, do any of these names appear in your family tree? 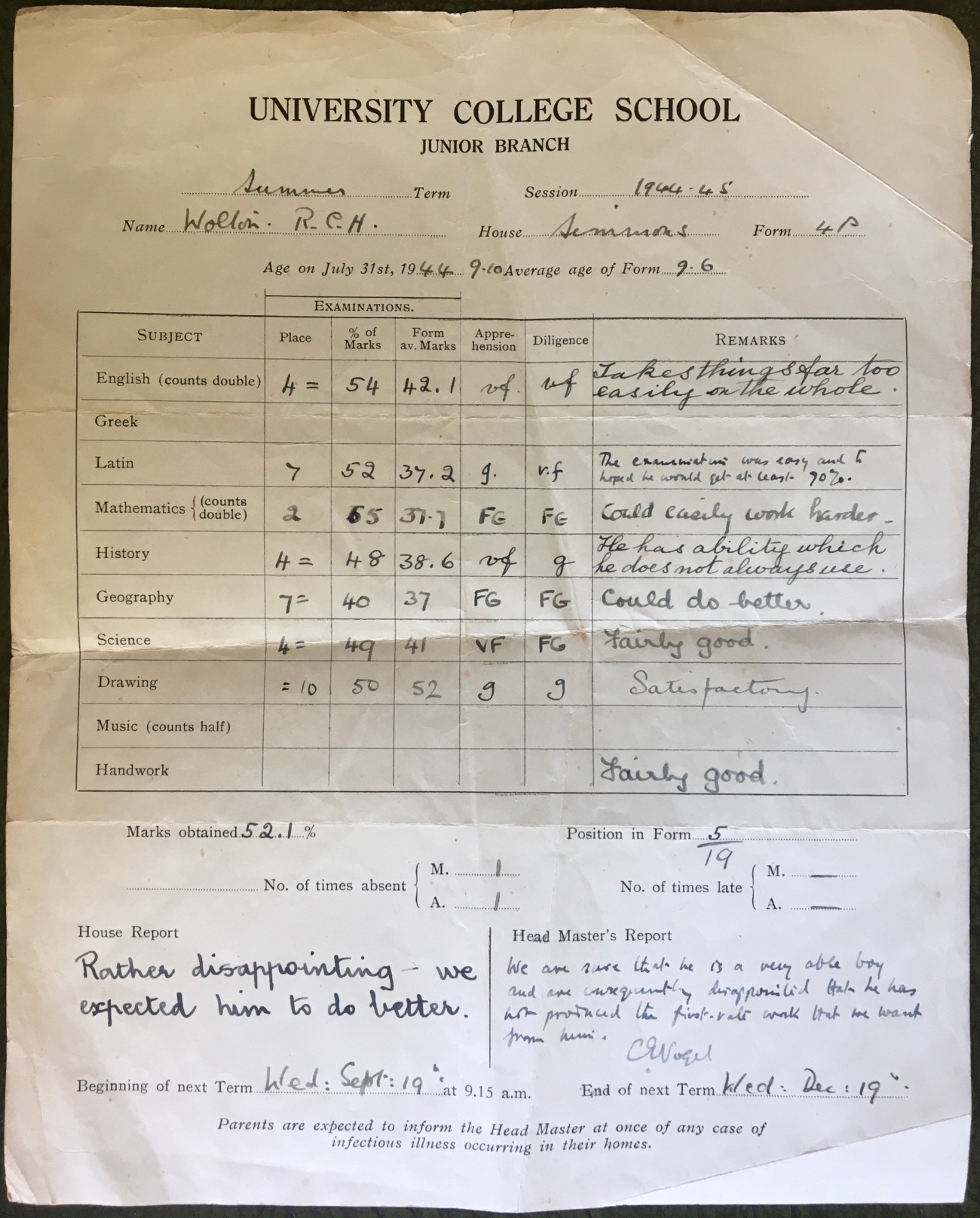 Oh, dear, these reports are not good are they. It looks like he didn’t like school at all, was he very unhappy there? I wonder why?

I would love to know what happened to Robin. Do you know? Was Robin part of your family? What career did Robin choose I wonder? Did he marry? Did he have a family? Was he your Ancestor?

This is the Direct Link to the Public Tree on Ancestry I have compiled: Wolton Family Tree

Thank you so much Simon, Hazel and especially Chris, who even found a super picture of Charles Henrick! I really appreciate all your help x

Firstly his death in the Daily Echo in 2010, sadly doesn’t mention what family he has? 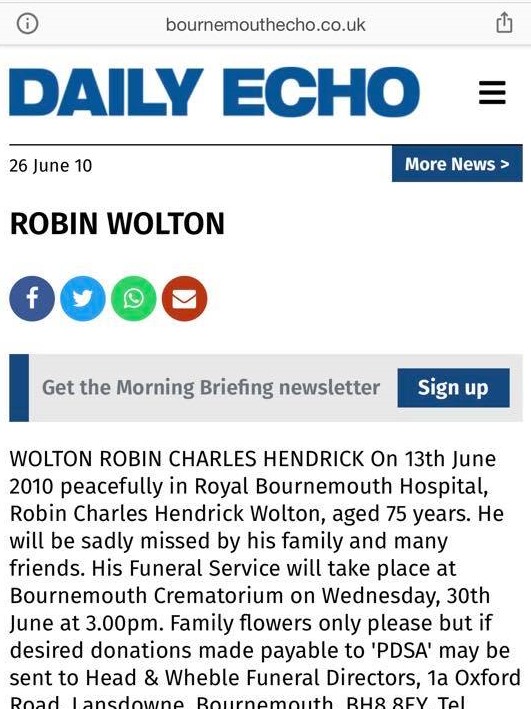 ‘His dad was a pilot in WW1. His parents lived at 49 St. Mary’s Road, Wheatley, Doncaster‘.

This is the house Robin was living at in his last Electoral Register entry, 276 Iford Lane, Tuckton, Bournemouth. Did this super house belong to him or was he living with the family at this time?

I can find no record of this property above being sold at all, so maybe it had been bought many years ago and this house built on the plot, then the property is still owned by the same people now.
‘I was wondering if Robin might have taken a job in the HENDRICK bakery chain but it looks like Robert died in 1925 so C Hendrick & Son might have already ceased trading before the 1950s.’ (My Note: Robert died 19 July 1925 leaving just £377 in his will to wife Annie)

‘Charles HENDRICK (Robins Gt Grandfather) was an Alderman of Hampstead. He died 26th October 1910. A full column describing his funeral is within the Hampstead & Highgate Express, 5th November 1910′.
‘Pic here of Charles’: Charles Hendrick (Portrait of the Mayor of Hampstead) by an unknown artist at Camden Local Studies and Archives Centre.

Lastly: ‘A bit of a funny event when Robert appeared at Hampstead Petty Sessions in 1907, summoned for selling milk with 10% less butter fat. Charles was presiding as Magistrate. Robert mitigated that the milk had not been stirred. He was found guilty. Charles declared an interest‘.

Thanks again everyone, some really interesting information here to add to the Wolton Family records.