After returning the beautiful old postcard photo of Phyllis back to her family in Wales, a few days ago I received a lovely email from Phyllis’s son Bernard, we’ve been chatting and his story is fascinating, a super example of why we must make a huge effort to talk to the older generations and find out their stories, and he very kindly said I could share his emails to me with you all.

These are Bernard’s own words:

“I was very interested in the photo of my mother which you posted on your site, my sister’s Granddaughter has been in touch with you.
I have the one photo in an album which my grandmother’s sister had which I have now.
My mother died when I was four years old, my father died when I was eight in WW11 at the age of 38 whilst a POW in Japan.
We were three children I was the eldest, my two sisters died two years ago, so I am the only one left, I am now 82.
I was in the army myself, I was in Berlin for two years and I guarded Rudolf Hess in Spandau Prison Berlin. 1956-58.
I haven’t written anything about my army experiences, There were hundreds of national servicemen that did the same, any British men that were stationed in Berlin did it.
There were four countries troops there, Russian, French, American and the British and we all did it for a month at a time and then it went around again. It was a daunting place, there were only four prisoners there in a four hundred cell prison.
We did 24hrs on and 24hrs off all month, I was only 19 years old at the time. we only guarded the outside mainly on top of the walls but I saw the prisoners when they were out in the courtyard, they had little gardens that they use to grow things in, but Hess never dug his garden he just sat against the wall.
We were also told not to look or talk to him because he would report us. Nighttime was the worst it was full of rabbits, we use to pick them out with the searchlights so whatever they grew the rabbits ate.
I didn’t like being in the army but I had to go.
It was strange how you found my mother’s photo as we did have the same photos in an album. I was born at Edmonton, North London my fathers family were from Enfield, Middlesex my mother met him whilst she was in service, we came to Wales at the start of WW11 my mother’s mother was living here so here we stayed my two sisters were born in Wales. I talk with a Welsh accent but really I am English.

I bought a computer and taught my self how to use it, then I did a search on my father and I found out that he had made the Changi Cross whilst he was a POW in Singapore. I put a story in the newspaper and then it went wildfire, my phone it never stopped, I became very famous overnight. I was invited to go to Singapore by the Singapore tourist board, what a welcome we had it was like Royalty, I was in the newspapers, on the TV, I took all my family, it was a very moving time for me.

Just think if I hadn’t put the story in the newspaper I would never have known about my father.
Have you looked up the Changi Cross on the internet, it’s worth a visit“.

Here’s the link all about Bernards Father Harry on the Changi Cross Website: Harry Stogden 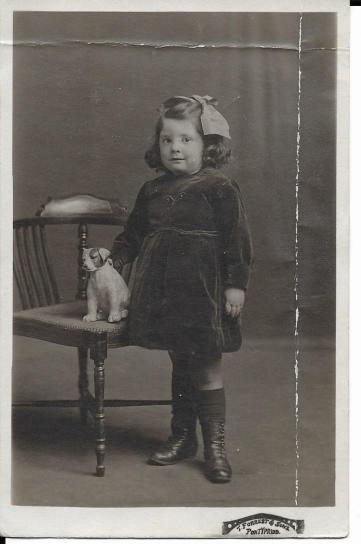 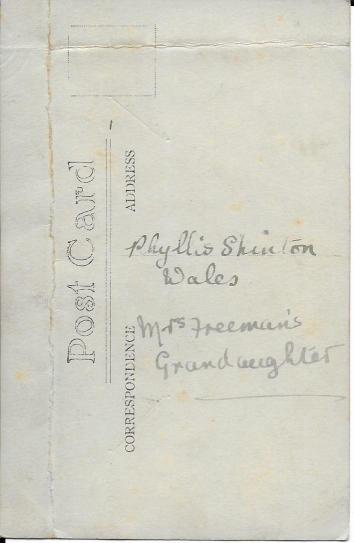 This is the link to my original Blog in June about the family:  Phyllis Shinton❤Harry Stogden

Bernard has also asked if I can share this:

“Hi Lynn can I share with you, my father, when he was alive worked for the Advanced Laundry, 19 Noel Street, London W 1.

He was head of transport. He was well thought of, so much that his name was added to the works remembrance plaque which was displayed in the main office entrance to the works.

I have over the years tried to find out what has become to the plaque since the works is no longer there. Could you put the picture of the plaque on your blog to see if anyone could help with it’s whereabouts. I would be much obliged. I would love to find it. Thank you”