UPDATE   I’m pleased to report that this super Scrapbook is now back in the hands of the Bristol Musical Comedy Club. Their secretary Becky writes ” It’s really fascinating having a look a what’s changed (and what hasn’t) over the years. We still have annual dinners/balls, but don’t toast the monarch as they did back in the 1950s. The sentiments from the programmes about club camaraderie are something we still say about the club now, which I think is lovely.” Super result & I’m sure Cynthia would be pleased to know.

On Sunday we went to an Antique Fair & I came across this super Scrapbook, not my usual thing to buy, but looking through it someone had obviously taken great care to collect autographs & memorabilia from the Bristol Musical Comedy Club back in the late 1940’s & early 1950’s. I wasn’t sure whether to buy it or not but quite honestly I just couldn’t bear the thought of it ending up as rubbish! 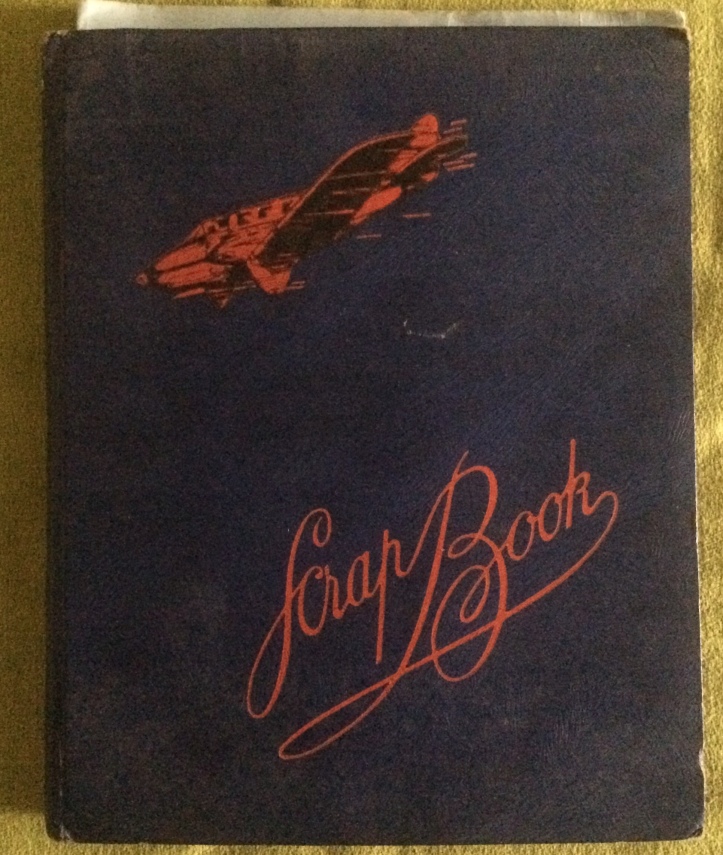 Looking at it more clearly when I came home I could see it had all been collected & compiled by a lady called Cynthia Stowe, who was in the Chorus on several programs, she was obviously well liked by the Theatre Company which was started in 1926. 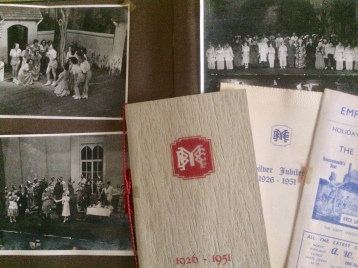 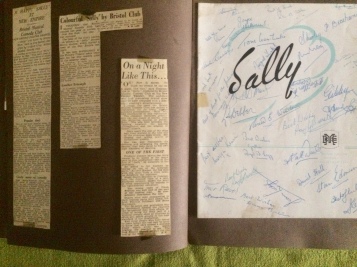 Look at the photo above! One of the clues, a stage pass! Super newspaper clippings kept. 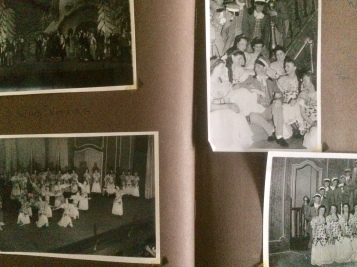 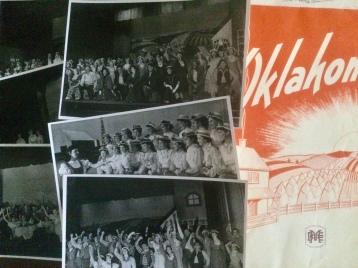 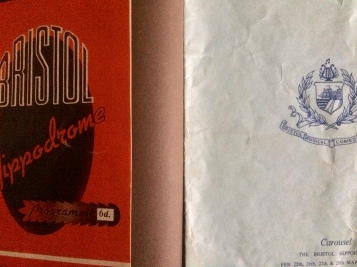 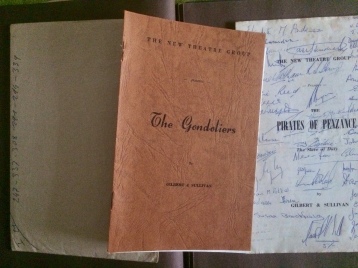 Cynthia M Stowe (Harris) I believe was married to Edwin E Stowe, both born in the 1920’s. I have found a probable marriage of them in Birmingham in 1952, although obviously they would have been together a few years before that if this record is correct. They lived in a small bungalow out in the countryside at Highbridge, Somerset according to the electoral rolls of 2002, then I found later Edwin was in a local care home called Holywell Nursing Home, he died in May 2013. So I am assuming that more recently Cynthia has either moved or passed away, hence a house clearance & this lovely Scrapbook ending up at an Antique Fair. I found just a couple of old photos in the book, see top left of image below…Could this be Cynthia & Edwin Stowe? It seems likely doesn’t it.

This is the website of the Bristol Musical Comedy Club   They started in 1926 & are still operating now, they put on their productions at the The Redgrave Theatre  in Bristol.

I have sent the Club a link to this blog in an email, I’m hoping that they may want this collection for their archives, I’m sure Cynthia would be very pleased & proud to think that this small collection will be treasured.