I asked: Can you help with ID of this gentleman? ‘Grandfather. John Longbothom’ Other writing, quite different, on the back too is Derby & maybe a photographers name? 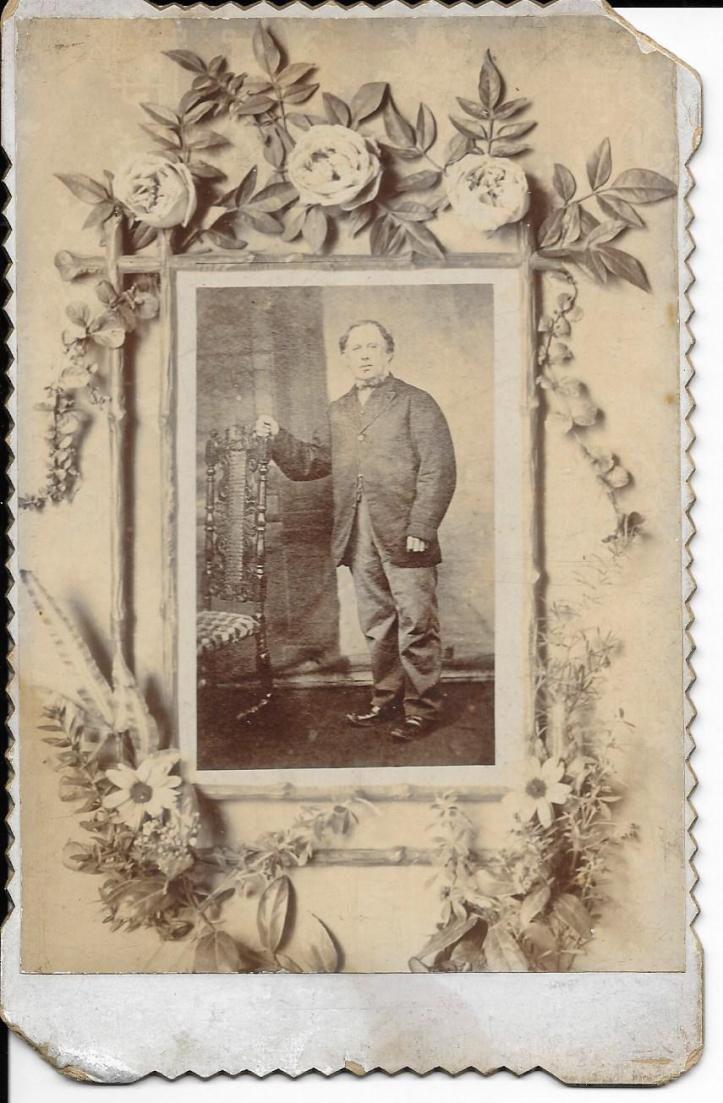 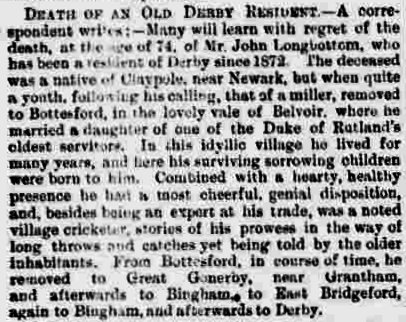 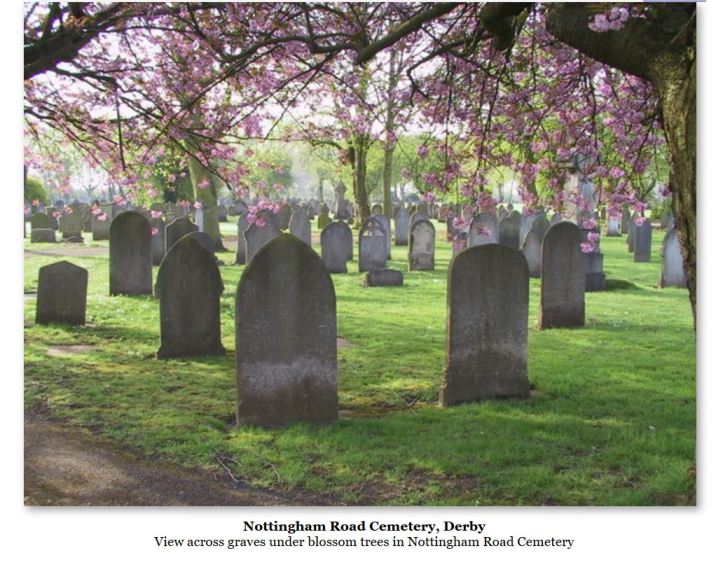 I asked: Can you help with ID of this lovely lady? She is beautifully dressed, such a pretty dress. Photographers from London & Ipswich & it says ‘Evelyn Pett/e Compton Lodge Bournemouth Ideas? 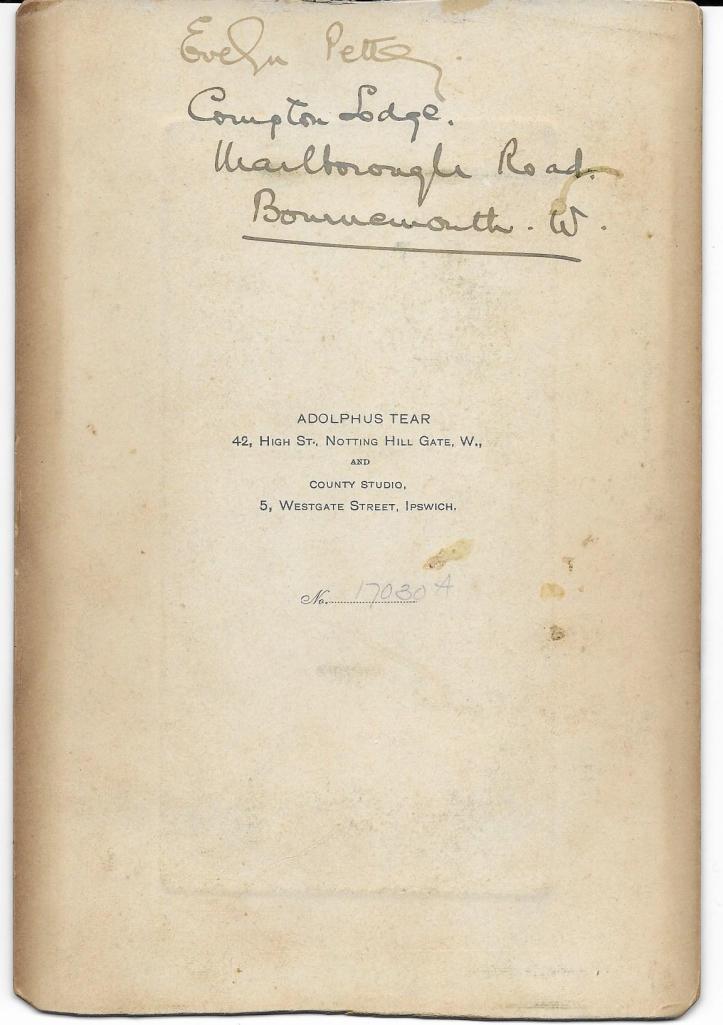 1) Compton Lodge is now divided into flats. It is in Marlborough Road, Westbourne, Bournemouth. It may have been an Edwardian school. 2) Evelyn Kate Pettey born to Jemima & William H. Pettey, Farmer, Compton Lodge in May 1881. Sounds as if Compton Lodge was a farm or manor house with grounds. The 1911 Census has Evelyn Kate Pettey born 1882 in Compton. 3) Looking at the address, it was most probably taken during her time in London at the Royal Academy of Music, Notting Hill is not too far away. 3) Where Evelyn Pettey spent her final days….this is Compton House today….flats Actually nearer Babbacombe….has a Torquay Postcode. The area is full of grand houses…many converted

4) Looks like Evelyn maybe another that lived a good life but never had children by whom her photographs would be treasured. If I’ve the right girl, her father and subsequently her brother were farmers. Retired by 1939, she taught in a school for ‘middle class girls’.

5) Music mistress L.R.A.M @RoyalAcadMusic (Twitter)and taught at St. Anne’s College, Abbotts Bromley. Numerous piano recitals mentioned in Bournemouth @BNArchive (Twitter) 6) She was a Music teacher at Rugeley, Staffordshire in 1911. 7) Maybe up here because of the sister and brother in law teaching in Solihull. She seemed to love with various siblings all her life. 8) Nice that she lived with her sister though…Margeurite Elaine Pettey died a few yrs after Evelyn and lived at the same address in Torquay. 9) I cannot copy the PDF London Gazette notices…but if you Google search Margeurite Elaine Pettey…you will find death notices for all 3 …mother Peninah…and Margeurite and Evelyn. Also I think that your lady had an aunt Margeurite Elaine Pettey) (mums sister who proved will in 1923) and a sister named the same…who died two yrs after Evelyn in Torquay.

Which turned out to be very likely as it would have been her 21st Birthday in 1902. You can find Jayne here if you need to use her services: Jayne Shrimpton

I asked: Lots of names. I would love to know more about Grandfather & his School ‘Ashfield 1907 Grandfather Back 4th from Right’ Goldsworthy. Can anyone help please, not researched yet.

1) Is it Ashfield Boys’ High School, Belfast? 2) One wonders how many of them were still alive ten years later? 3) Not the Belfast Ashfield, it didn’t open until much later (the 1950s). 4) There is an Ashfield School in Bushey, Watford, but it was an elementary foundation school, so not the correct one. 5) Could it possibly be something like Sutton-in-Ashfield known as Ashfield on the photo? There is also a Great Ashfield in Suffolk near Walsham le Willows 6) Are you sure it’s a school? There’s an Ashfield House at Standish in Lancs which looks right for the photo background. Isaac Abramovitz of Broughton Lancs, Bertie Shadforth of Hartlepool and Charles Goldsworthy of Newchurch Lancs were all aged 11 on 1901 census.

7) John Terry LITTLE, MA Trinity Cambs. was an Assistant Master at Bedford Grammar School from 1896-1918. All of the names on the photo can be found in the school’s admission register, available on @FindMyPast (Twitter) courtesy of @BedsArchives (Twitter) Ashfield was perhaps the name of the House?

8) Maybe a foggy memory on the house names: From Wikipedia. 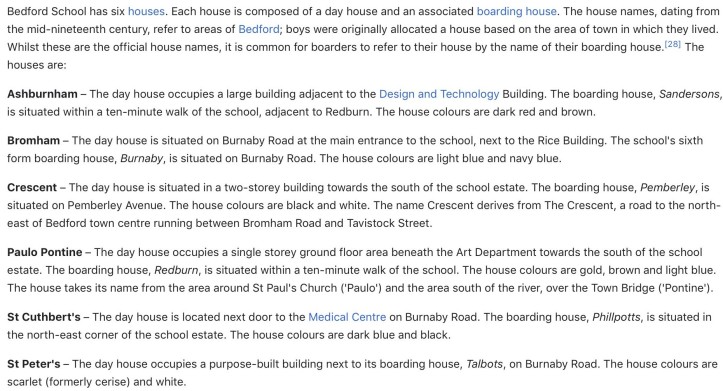 9) Very likely. In case there was any doubt here’s Ernest Gerard Clair Smith in the Bedford Grammar School’s admission register.

10) They’re ALL in the Bedford Grammar School Register. Every one of them! 11) A couple were Gentlemens Cadets at Officer School Camberley. One was a Major in Kenya. Another was sadly killed in 1914. Just a few short years after the photo. All seem military bound. None seem to have stayed in England so far. 12) Goldsworthy (Grandad) may have the small pic on the back ref his time in the Western Cape? His wife, Isobel (m 1917) also seems to have left the U.K. so perhaps she was with him. 13) Bedford School Sanderson’s House was previously called Ashfield’s and is located off the school estate, just down the road in a quiet, residential area. Residential ‘houses’ in the surrounding streets. Here you go! BELOW:

14) Genius! And we have the carved archway…! 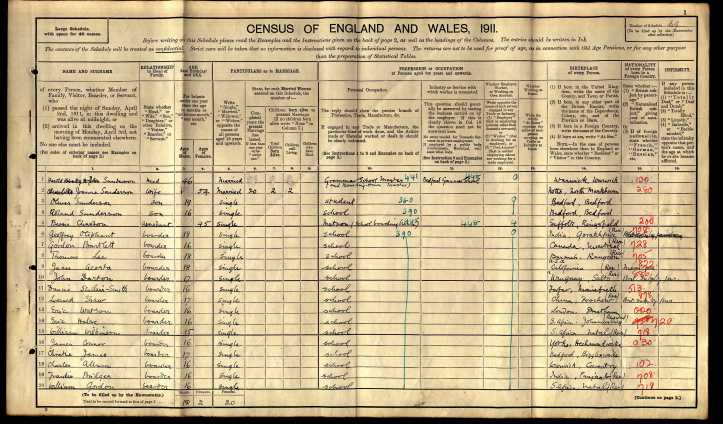 Was lovely to get this extra information from Bedfordshire Archives, thank you!

‘Marketing of the school (& town) from the 1870s-1910s was aimed at parents from India & the colonies so it is perhaps not surprising that the boys left England and both the boys’ grammar & boys’ modern schools formed junior officer training corps shortly after this photo was taken‘.

Huge thanks once again to all these wonderful followers and all the snippets of information that made up the solving of these puzzles, really appreciated! Sorry if I’ve missed someone! @Dave_Lifelines @CLeeEsq @SchoolMom18 @leefer3 @CharnwoodGenie @LizanneLloyd  @FindMyPast @BedsArchives @AncestryUK