This last month has gone whizzing by, at last I have managed to write this next Blog, its about a mixture of things from 1753 recipe Book, Lemonade & Turkish Sherbet, which I am sure would taste lovely now and something else that I suspect wouldn’t taste so nice…Horrible in fact…A cure for Gout

A Cure for the Gout,
published by Thomas Sandford and Edward Gent, both of the City of Kilkenny.

Half an ounce of **Hiera-picra and eight grains of Cochineal, finely powdered, being put into a Pint of the beft Red Port, let it ftand at leaft twenty-four hours, fhake the bottle well, and often during that time, but fhake not the bottle for three or four hours before you draw off any of the Tincture for Ufe, take of this Half a Quartern to near a Quartern, according as you find yourfelf ftrong or weak, you muft continue taking of this every fecond, third or fourth day, till you take the whole pint, and if the Gout returns, take another pint as before, and fo do to every fit. This Tincture , if taken in a Fit of Gout, in a few hours diffolves all the particles in the Blood, which caufes the pain, and if purfued, as before directed, will, in time, work them all out of the Blood. It likewife carries off all new swellings foon, and all old swellings in time, you may use Poflet -drink with this as with other Phyfick, yet, if you take nothing after it, it will work very well, propereft Time of taking it is in the morning fafting, or at night if you do not eat or drink for four or five hours before, continue in bed from the time of taking it, till it purges you downwards, which will be in about twelve hours time, but if you have not a Stool in that time, take a large spoonful more. If you have the Rheumatifm or Sciatica, take the Tincture as before but in a larger quantity. I caution all People that take this, to have fpecial care that they do not take cold, for it will cause many to fweat greatly for a time, and if they take cold, they will be apt to be griped, which if they are, a little mulled Port Wine, or a spoonful of the Tincture, immediately eafes them.

**Hiera-Picra
I had never heard of this before, but looking it up apparently it means ‘Holy Bitter’ popular names given to it were ‘Hickory Pickory’ or ‘Higry Pigry’ It was a purgative drug composed of Aloes and Canella Bark (from the wild Cinnamon tree found in West Indian Islands) it could be fatal if taken in some cases.

To make Lemonade
Scrape Lemon-peel in Water and Sugar, put in a few Drops of Oil of Sulphur, and fome slices of Lemon, put in a pound of Sugar to every Quart of Water.(abt 2 Pints)

Turkifh Sherbet
Take nine Seville Oranges, and three Lemons, grate the outside rinds juft to the white, then take three pounds of double refined Sugar, and a Gill of Water (abt 4 fluid ounces), and boil it to a candy’s Height, take it from the Fire, and put in the grated peel, and mix it well together, then fqueeze in the Juice of the Oranges and Lemons through a Straining-bag, and keep it ftirring till it is almost cold, and then put it into Bottles for Ufe.

By the way, I made the Beggars pudding (Bread Pudding) it was lovely, tasting very similar to my own recipe, so some things don’t change too much. 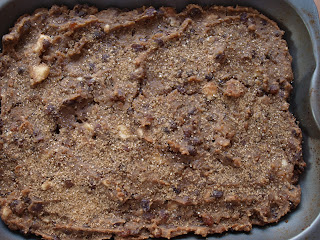 Update on OH and the Guillain Barre Syndrome.
Dave has been making great progress this last 2 weeks, still having some very bad days, pain and depression overwhelming him, but less and less of them now, he can now make a short walk without his walking stick, but still needs it and the wheelchair for the majority of outings. His hands are still very painful on and off, but he is able to do more things with them, like being able to do his belt up and the zip on his jacket. So all very good and positive.
We are off to Cornwall shortly for a week so he has been determined to improve himself physically before our trip. He’s a stubborn man!