Strange isn’t it how life takes you on a journey through all sorts of twists and turns, just when you think everything is ticking along lovely, BANG you get hit by a brick!
Was like that for us, it all started back on the  17th January a Monday, we met our Daughter in law & Grandchildren at Poole Park, lovely few hours, having nice walk, feeding the Ducks and playing in play area, popped in to Café for a cuppa before we parted company. Had bite to eat when we got home, all fine then in the afternoon sitting having a cup of tea my Husband remarked that his finger tips were getting all tingling like pins and needles. It wasn’t up his arm, which is what you get told are signs of Heart attack, so we didn’t think a lot of it, the following day his toes started too, and now some of his fingers were feeling bit numb and having a burning sensation on his fingertips, by the end of the day his toes were too. He started to walk a bit strange because of the numbness.
The following day I went up to Berkshire, my Mum was coming out of Hospital, so he made an appointment at Doctors for the Thursday, Doctor consulted another Doctor in practice, but they were both puzzled, telling him to rest and come back if it got suddenly worse. I came back on Friday and noticed it was a lot worse than when I left on the Wednesday, but he said we see how it goes over weekend. Well Sunday it escalated, right ear, bottom lip and tongue all affected, no feeling now in his lower legs and feet nor his hands. Great difficulty in walking and keeping his balance, because of the lack of feeling in his feet. He couldn’t even feel water on his hands and feet.
Monday morning he was insisting it would just get better, typical Man! but by the afternoon, he relented and I took him to emergency appointment with a different Doctor in practice who arranged for us to go straight to Hospital, of course they kept him in. The Consultant had seen it before Guillain Barre Syndrome, told us hopefully we have caught it before it gets too bad, it can cause total paralysis in some extreme cases. By the time I came home late on Monday night, he was unable to stand or walk, it was very scary, especially when we found out more about it, they did actually lose one patient last year, that is worst case scenario.
There are about 1500 people a year in the UK diagnosed with this, it can affect Men or Women of any age (my OH is 60) and in varying degrees, some can get 15 of the symptoms and some get only 5, it is so varied, as to the cause of it, well some people seem to think its triggered off by a respiratory infection, another theory is that its set off by having a vaccine like Flu, but really they don’t know for sure. It is an acute disease of the peripheral nervous system, the immune system attacking the nerves.
Staff got him on a drip, immunoglobulin which lasted for 5 days, and with other medication, lots blood tests, had Heart monitor, Lung monitor & numerous other things going on to keep a check on all his bodily functions, he had absolutely brilliant care by the staff at Royal Bournemouth Hospital, by Saturday he was starting to improve slightly. The main concern is its effect on the lungs and the patient having to go on a respirator, thankfully he didn’t get that bad. The staff on the acute Stroke unit where he was, were fantastic, they are used to dealing with patients with limited mobility so he was in the best place, also they had 2 other patients with GBS in the ward, but a lot worse, one has been in for a few months, was very severe.
So all in all my Husband was one of the lucky ones, he desperately wanted to come home, needed to sleep more and Doctor thought he would be better in peace and quiet of home, so home he is, he has to do Physio at home and attend more Physio from next week at Hospital, I have hired a wheelchair from Red Cross so that we can still have trips out, walking and all normal functions come back very slowly, maybe months or even years in some cases, but we are very hopeful, he can walk a bit with a stick, but his balance is not brilliant yet, good job we live in a Bungalow!
He has now got severe Sciatica type pains in his back and hands, which are apparently a symptom which some people get when healing for which they have given him more medication. The worse thing for him is that he is so weak and tired and the slightest thing, like having a wash is a great effort.
Still he will get through this at sometime in the future, we are just taking it day by day. And we are used to getting over obstacles in the 20 yrs + that we have lived & worked side by side.
If you want more information, there is so much about GBS on the internet, there is even a GBS Society and they are also on Facebook, where people share their stories to help each other, and yet it is something that we had never even heard of before. 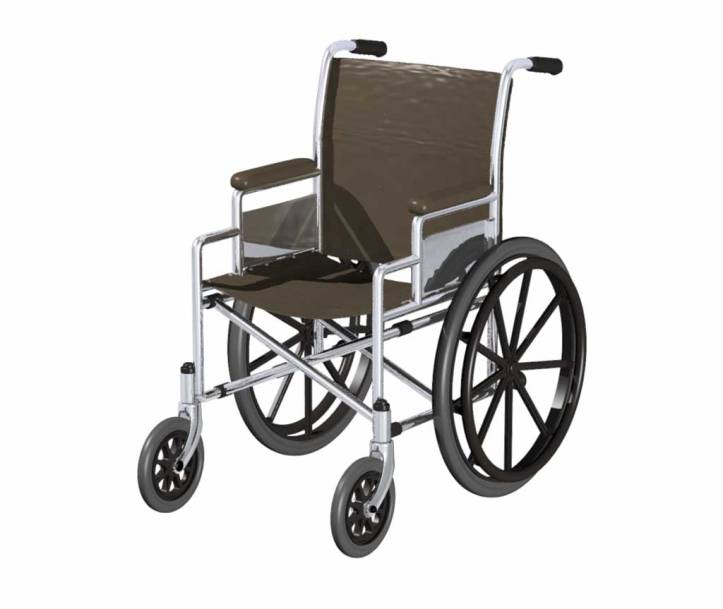 We are going off to the supermarket today to give the Wheelchair a test run, I know he’s not happy about using it, but he doesn’t want to be housebound, so its an essential at the moment. Will let you know if I ran him into anything ! Ha Ha.
I will try to write my next Blog about my Recipe book again, if nothing else crops up !