I usually buy my old photos from Car Boot sales, Fleamarkets, Antique Fairs/shops but scrolling through Ebay one evening I noticed this absolutely beautiful glass Ambrotype photo, unframed, of a couple, taken I thought probably 1855/60’s.

There has been some colouring/tinting done by the Photographer in Gold, the couple’s rings, watch & also the flowers are coloured in a pot between them. The lady is also holding something that is decorated & coloured with gold, a card of some sort? I did wonder if maybe this was taken to celebrate their marriage or a Wedding Anniversary, maybe 25th? but the description had no names. So I bought it to add to my other Ambrotypes I have. Then I thought after, I wonder what area it comes from or if the seller knows anything at all about it’s origins. So I sent a message to Lynda and asked. So glad I did! Not only did she know it’s origin but also a name & she was selling on behalf of a descendant! She also gave me her name (in confidence) so that I could verify I had the right family when researching.

Lynda also checked with the descendant selling that she had consulted the family about this photo, and no one had wanted it. I was a bit concerned that such a treasure should be lost to the family, but apparently they had other photos & family items they were keeping.

The name I had been given was Selina Wonnacott, the descendants Mothers family & possibly Mothers Great Great Grandmother. Also they lived in an area in Plymouth at the time.

So I started searching and it didn’t take me long to find Selina, I started a tree so that I could establish that I had the correct family with my named descendant. I very quickly had established sadly that it couldn’t be Selina and her husband as when they married in 1863, he was 21 and she was 24. Far too young, so it has to be the next generation back.

Richard WONNACOTT was born in 1809 in Tavistock, Devon, England as the first child of Thomas WONNACOTT and Mary LITTLEJOHNS. He had one sibling I have found, Thomas. He died on 03 Apr 1859 in East Stonehouse, Devonshire.
When he was 22, he married Mary ROBJOHNS, daughter of John ROBJOHNS and Jenny LUXMORE, on 03 Oct 1831 in East Stonehouse, Devon, England.

Richard WONNACOTT and Mary ROBJOHNS had the following children: 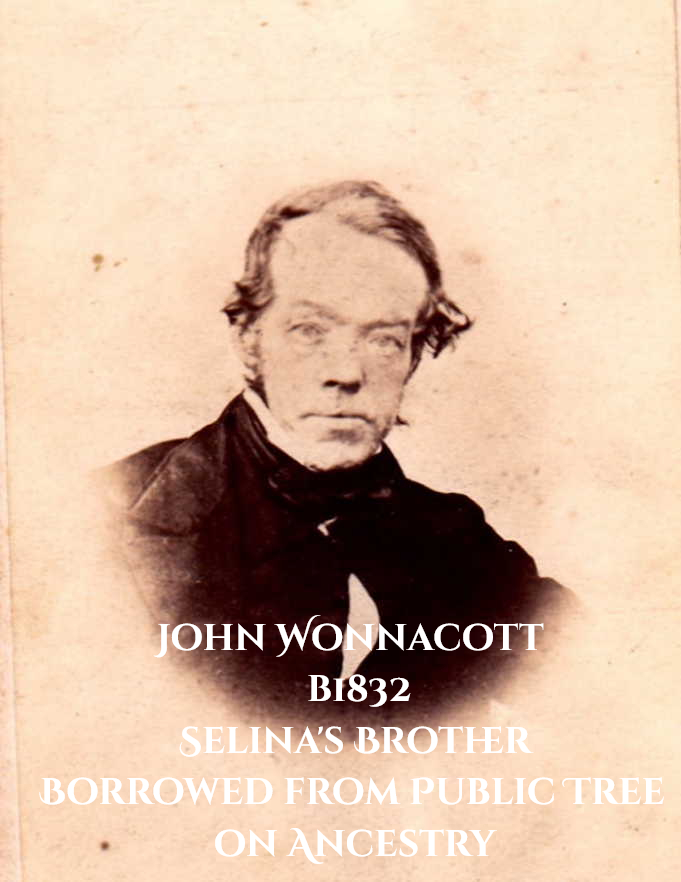 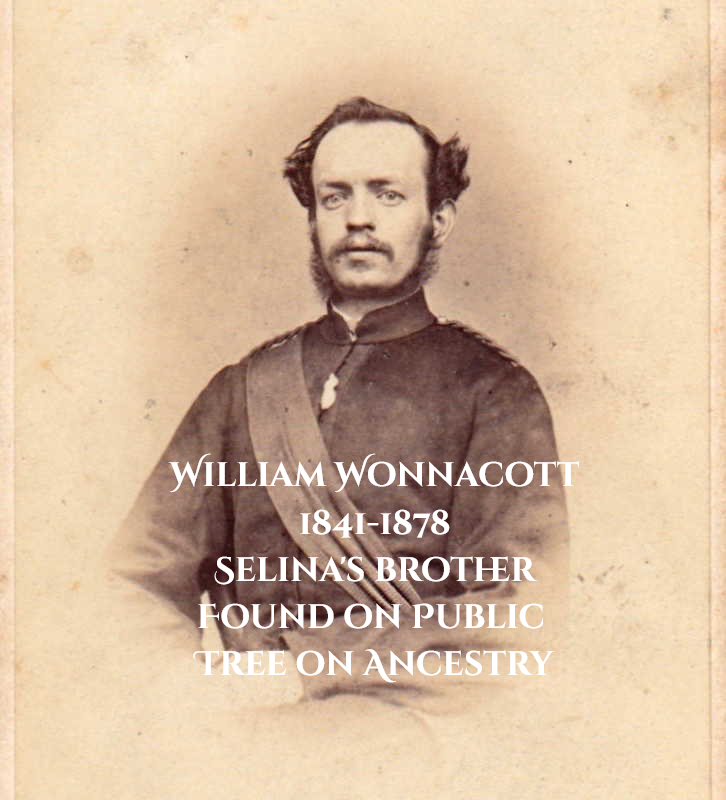 “When launched in 1843, Great Britain was by far the largest vessel afloat. However, her protracted construction and high cost had left her owners in a difficult financial position, and they were forced out of business in 1846 having spent all their funds re-floating the ship after she was run aground at Dundrum Bay after a navigational error. In 1852 she was sold for salvage and repaired. Great Britain carried thousands of immigrants to Australia from 1852 until converted to sail in 1881. Three years later, she was retired to the Falkland Islands where she was used as a warehouse, quarantine ship and coal hulk until scuttled in 1937″………… 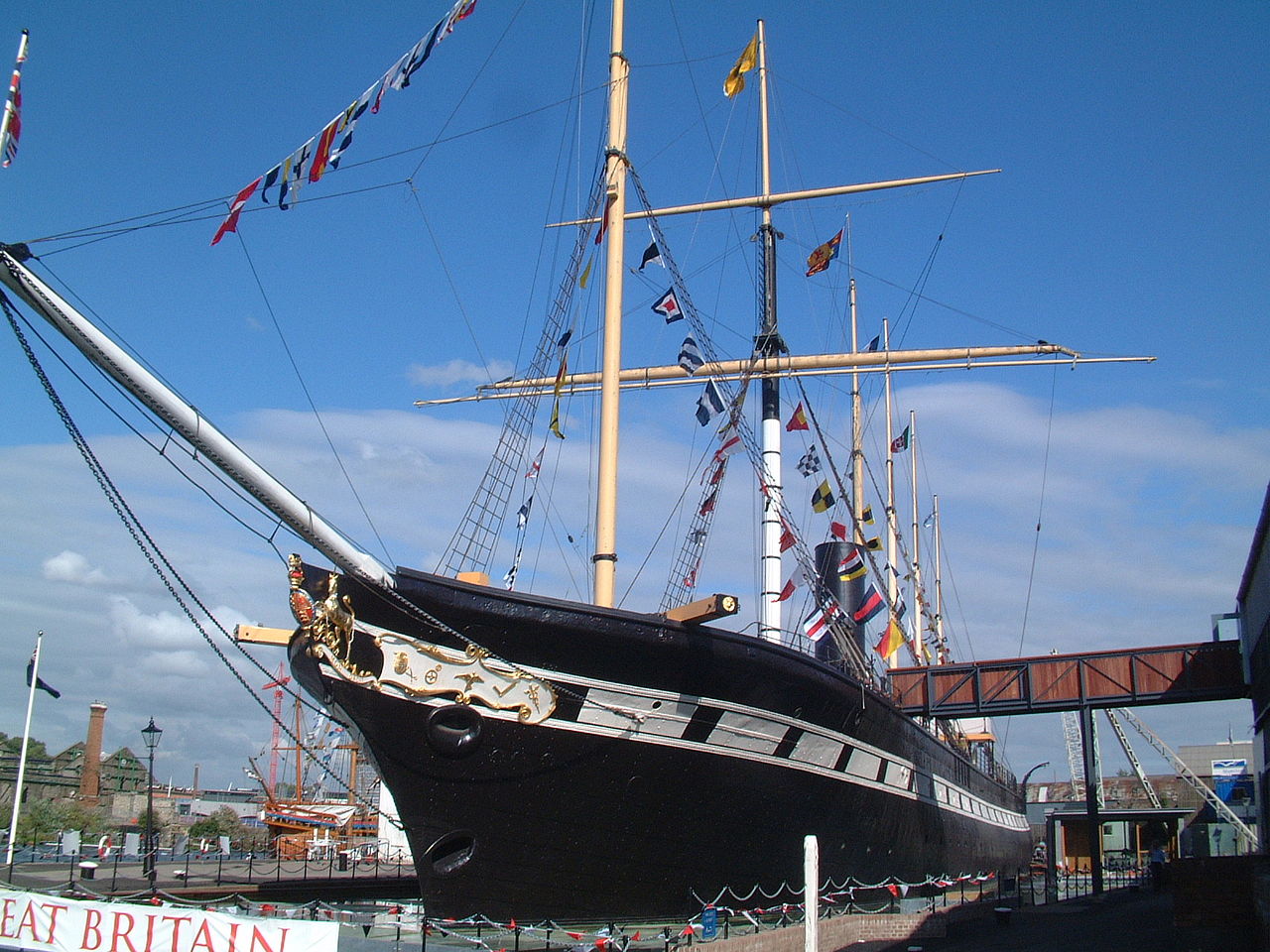 …...In 1970, following a cash donation by Sir Jack Hayward that paid for the vessel to be towed back to the UK, Great Britain was returned to the Bristol dry dock where she was built. Now listed as part of the National Historic Fleet, she is an award-winning visitor attraction and museum ship in Bristol Harbour, with between 150,000 and 200,000 visitors annually“………………..Information & photo above, source: Wikipedia.

William Henry DILLON HUNTER was born in Oct 1842 in St Andrews, Plymouth, Devon as the first child of William Dillon and Margaret Hunter (HUNTER, WILLIAM HENRY DILLON JAMES Order GRO Reference: 1842 D Quarter in PLYMOUTH Volume 09 Page 389 ). He died in Mar 1927 in St Germans, Cornwall, England. When he was 21, he married Selina WONNACOTT, daughter of Richard WONNACOTT and Mary ROBJOHNS, in Oct 1863 in Stoke Damerel, Devon. When he was 33, he married Mary Brock WILTON,daughter of Samuel WILTON and Ann BROCK, in 1876 in Devon. 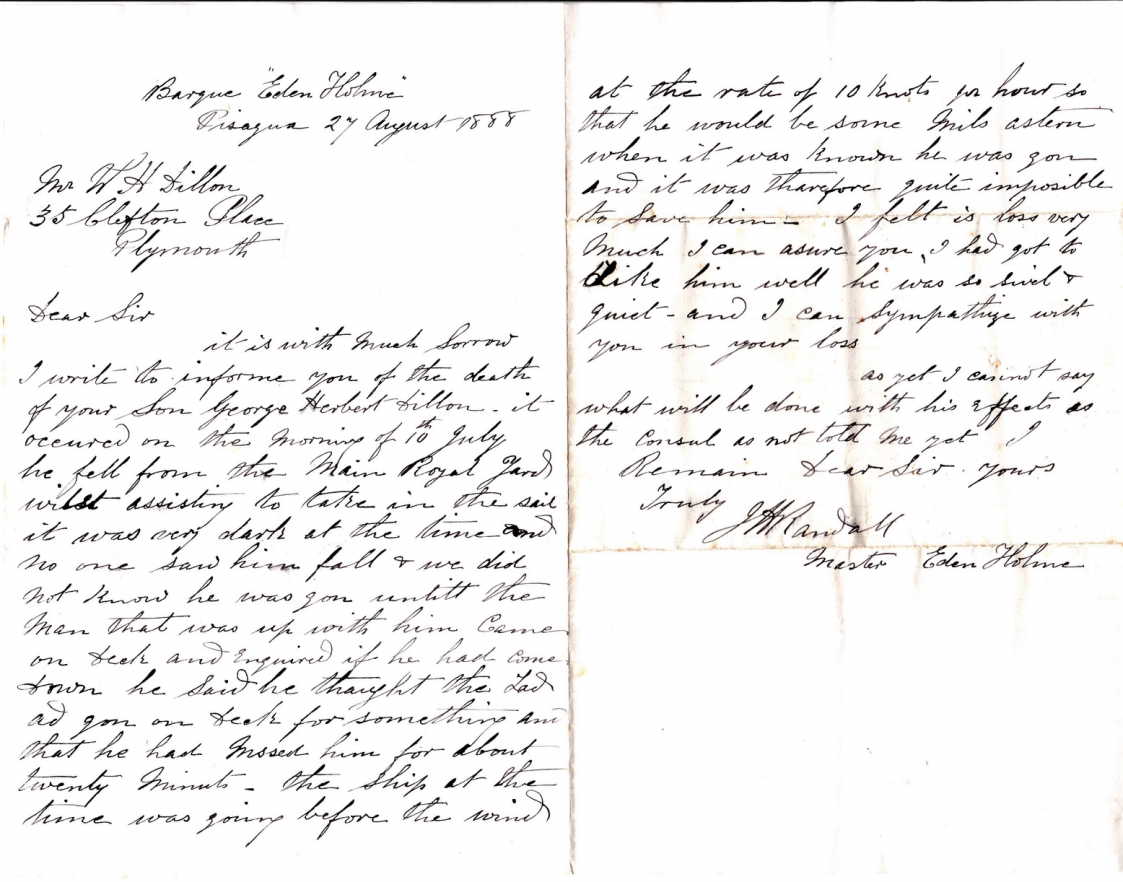 Terrible tradgedy as he was only 17.

Info from Low Head Pilot Station Maritime Museum website “The Eden Holme was an iron vessel of 827 tons. The dimensions were — Length, 201.8 ft.(61.5m.); breadth, 32.2 ft.(9.8m.); depth, 18.5 ft.(5.6m.) She was built in 1875 by Messrs Bartram, Haswell, and Company, at Sunderland, and the port of registry was Maryport in England. She was rigged as a barque with square sails on her front two masts and a gaff sail on her mizzen mast. The Eden Holme spent her early years trading to Queensland, South Australia and North America. In 1896 with the break up of the Walker Line, she was placed on the London to Tasmania run. She was skippered by John Wyrill, who had been master of the Walker line’s Berean since her maiden voyage in 1869, and who now transferred to the Holme Line. The Eden Holme and Brier Holme shared the Launceston wool trade. One would arrive in the spring and leave Launceston before Christmas, while the other would arrive in December and stay until February. Sometimes the ships unloaded cargo in Hobart, before sailing to Launceston to load wool. In 1904 John Wyrill made his last voyage before retirement. His replacement was the young Captain George Dulling“. 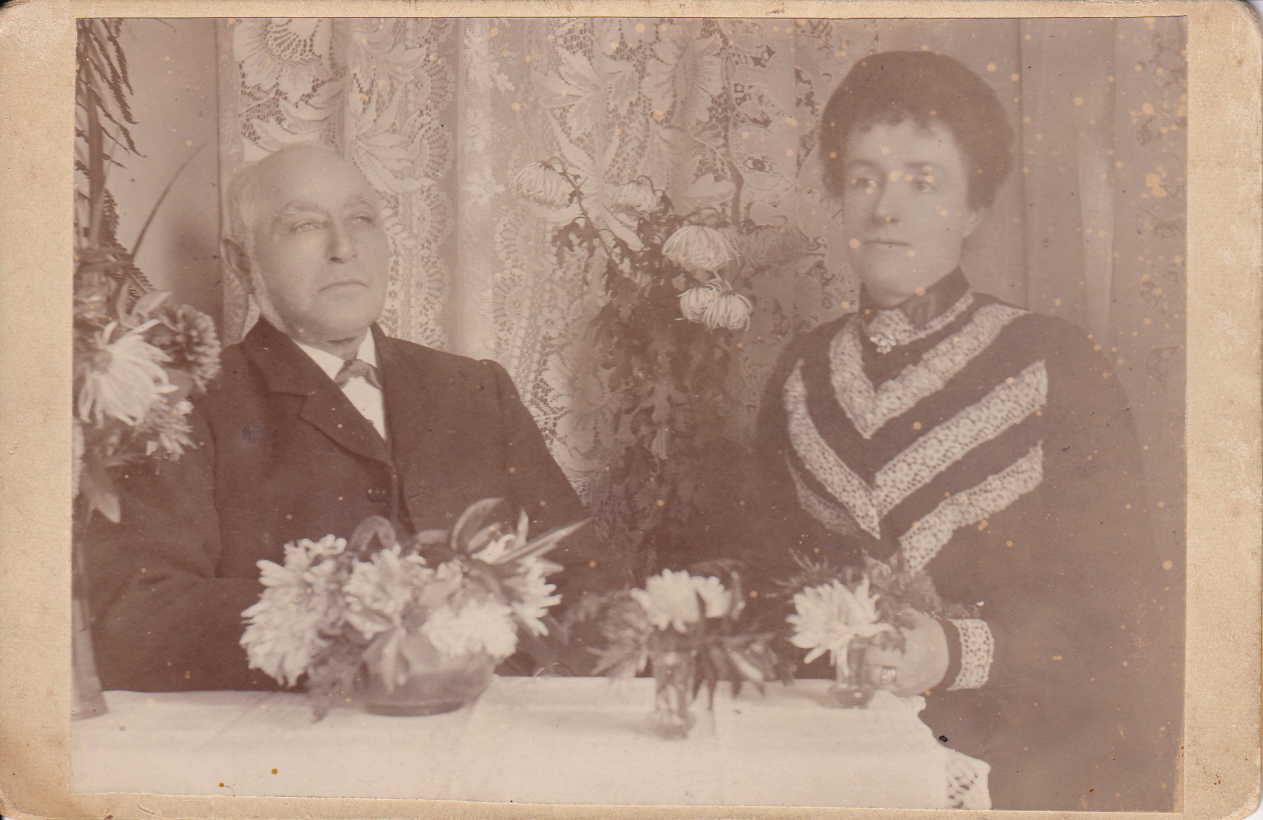 William Henry Spiller was born on 14 Jul 1835 in Cawsand, Cornwall as the first child of John Spiller and Sarah Hooper. He had one sibling, namely: Sarah Jane. He died on 13 Dec 1918 in St Germans, Cornwall, England. When he was 28, he married Sarah Ann Cock, daughter of George Cock and Ann Cock, in Oct 1864 in St Germans, Cornwall. When he was 63, he married Alice Mary Margaret Dillon, daughter of William Henry DILLON HUNTER and Selina WONNACOTT, on 20 Jul 1898 in Plymouth, Devon, England (See Gallery, marriage cert borrowed from Public Tree on Ancestry).

Marjorie Christina Alice Spiller was born on 27 Jun 1906 in Kingsand, Cornwall. She died in Jul 2006 in Plymouth, Devon, England. She married William George John Gardner in Sep 1924 in St Germans, Cornwall. The descendant comes down from Marjorie.

This Wonnacott and Dillon family histories are so interesting, many family members have great life stories. Here is the direct link to the public tree I compiled on Ancestry for them all. …    Wonnacott & Dillon Family Lynns Waffles

There are several Public Trees on Ancestry with details, Letters and many super Photos of the families, well worth looking up if you have a connection to any of them.

This photo below I found on Ancestry is one of my favourites..

I am unable to pin down the couple on the beautiful Ambrotype photo although I think my best hunch is on the Dillon side of the family, William Dillon and Margaret Hunter, William Dillon was born about 1799 in Aberdeen, Scotland (He also used William Murray Dillon as his name, so was his Mother’s maiden name Murray? Seems possible as he was born in Scotland. as the first child of Phillip DILLON). He died sometime after 1863 in Cornwall, England (Wife & Son on 1861 census. Says wife of a Petty Officer.). When he was 48, he married Margaret Hunter, daughter of James HUNTER, on 13 Sep 1847 in Plymouth, Devon, England (See GALLERY for Wedding cert. Anglican. Place..Plymouth, Charles the Martyr).

William Dillon lived in Plymouth Charles the Martyr, Devon, England in 1851 (Relationship: Head). He is described on son’s Marriage Cert as a ‘Seaman Instructor’ in 1863. Is it them..I wonder? What do you think?

This is the Ambrotype below, without the black card on the back, you can see the spots where the laquer backing is damaged… 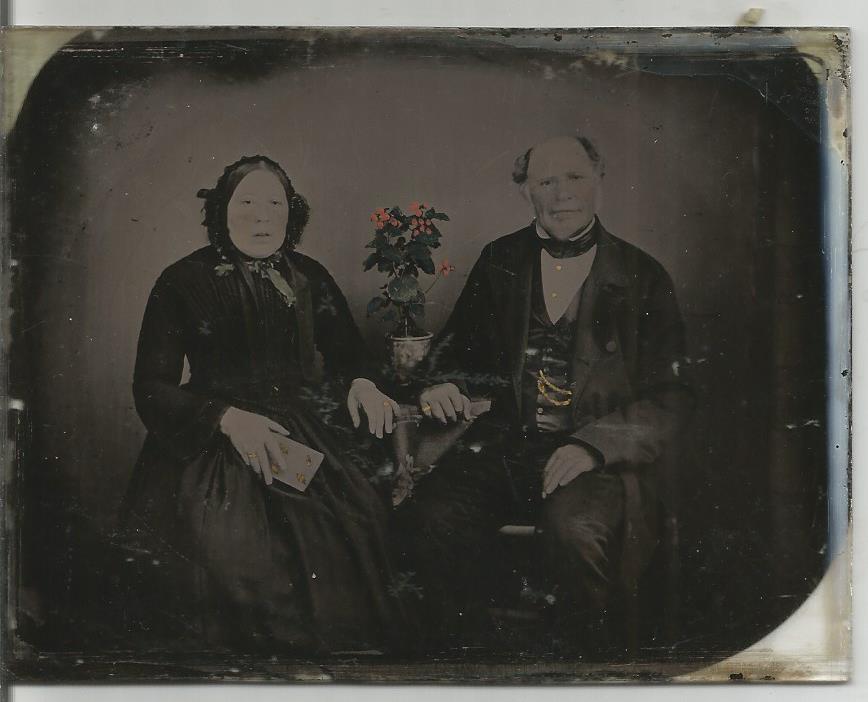