Dozens of Old Photos, but who do they belong to? Any ideas?

A recent find, a huge bag of Old Photos. 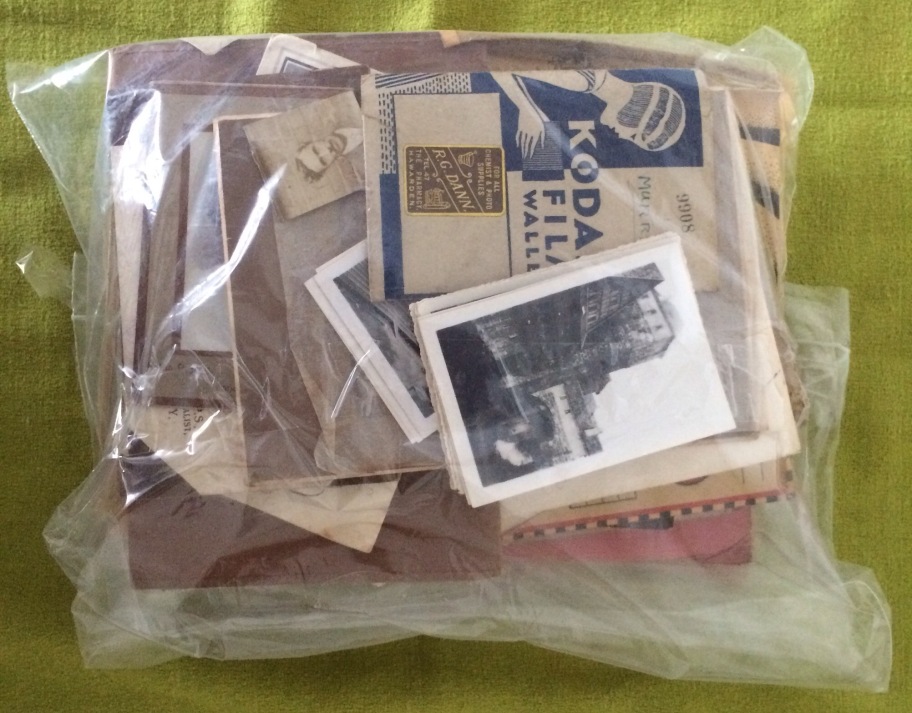 I found this bag of old photos at Dorchester recently and seeing some writing on the backs of some, initially I thought I would probably have no trouble matching a family to them. 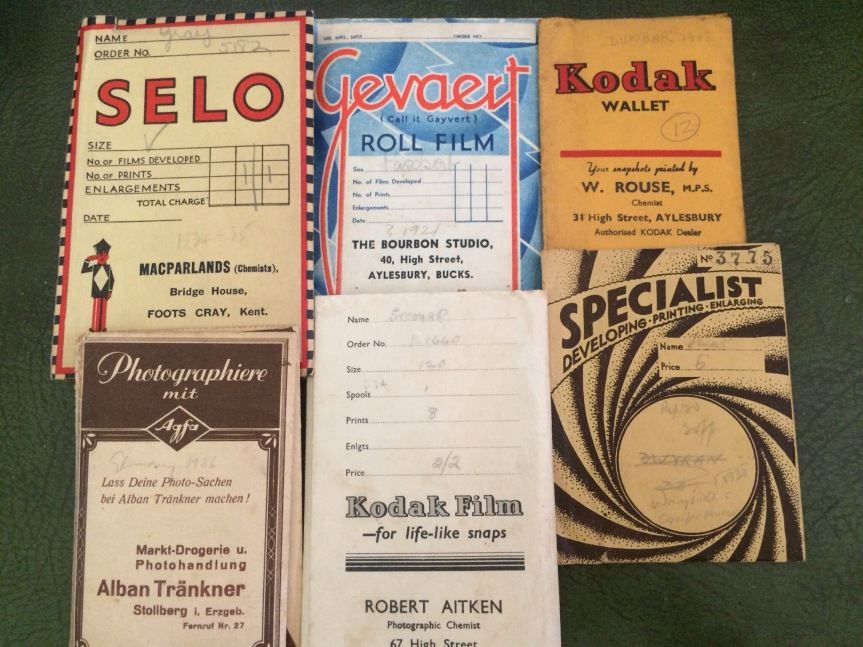 How wrong I was! Some of the ‘clues’ above and also some of my many pages of notes!! I have researched lots of Albert Harry & Albert’s with a selection of the surnames & marrying a lady called Elsie, no luck as there are so many. The most likely I have made a tree and traced down, but not able to find a son called Jack who had two children Dick and Biddy (Both obviously nicknames). Of course the most likely surname is Steward (written on several photo envelopes), but have drawn a blank there too. If only I knew their proper names! Even Biddy usually short for Bridget I can’t find one in the date range matching any of these surnames & even different surnames don’t match up! Bet her name is totally different! Places where the family members lived or visited or even have holidayed are Aylesbury, Fareham (This is the only one I have an actual address for and guess what, in the 1939 Register the property is empty! Hawarden, Wrexham, Chester, Dunbar, Khartoum (Sudan, this is Military connection) Potential Surnames are Steward, Stewart, Stuart, Gray, Murrays, Walker, Wicks. Christian names mentioned are Jack (Father to Dick & Biddy) Dick (Took lots of the pics) Bid/Biddy young girl who went to Hawarden School, which I have found was called Canon Drew Junior School, thanks to a very helpful lady in the office of Hawarden School I phoned. Also is probably Jack’s parents called Albert Harry & Elsie. Other family members maybe called Edith and Cyril Walker? Also a mention of Peggy’s negatives ? so maybe a Margaret (Peggy was short for Margaret) was married to Jack? This lot I am sad to say has me beaten! For now anyway, unless someone out there recognises the clues in the writing & helps to finish the puzzle. Or even maybe recognises their ancestors! I do hope so! I hate giving up when I’m researching old photos, but having spent about four days worth of research on them it’s time to give in……Of course I might have missed something, so if you have any ideas or inspiration I would love to hear from you. 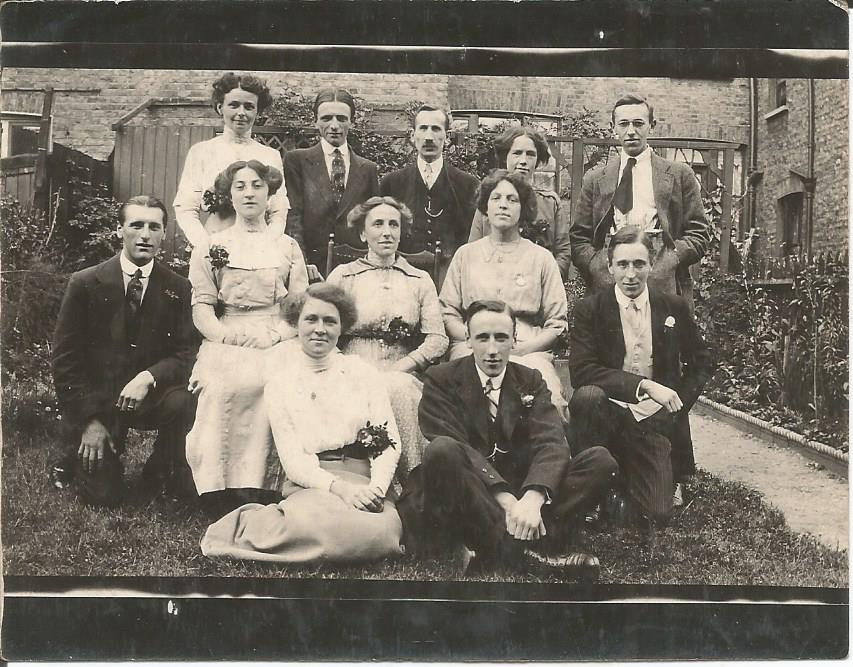 This is probably the best info on the back of the photos, but have searched on several sites to match these people & then to follow the family tree down to a Jack or Dick or Biddy and had no luck at all.

Mystery pics, but recognise some faces from other photos, one on the right says c1908

Lots of the envelopes have Steward  as the name on, but nothing matches up with dates/ages & christian names I have 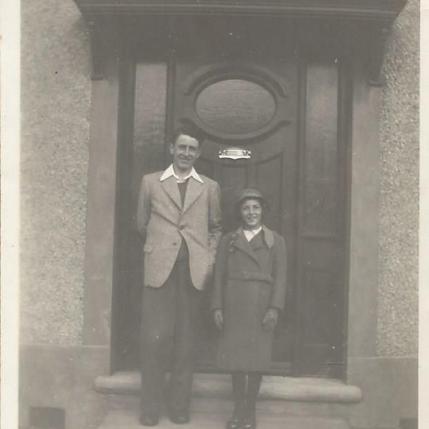 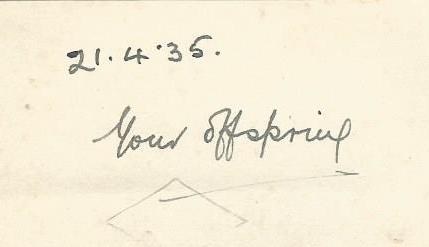 Must be Dick and Biddy 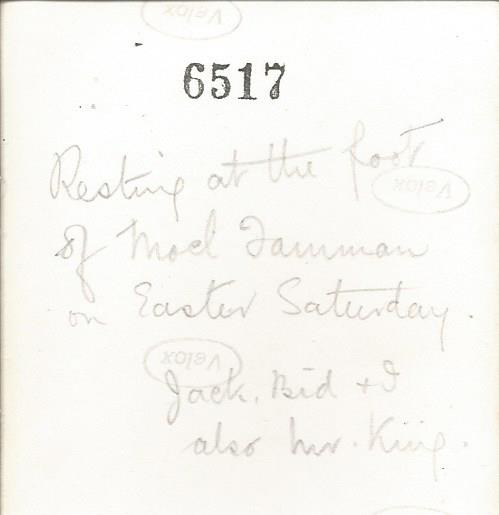 Have a few photos of a holiday the family had on the Isle of Man. See above, Mum? with Biddy & husband Jack & others. Dick took picture. 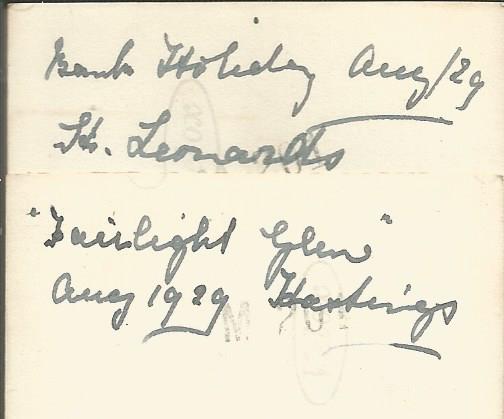 I believe these are Dick & Biddy’s Mum’s Parents, so Jack’s in laws..No names at all though! 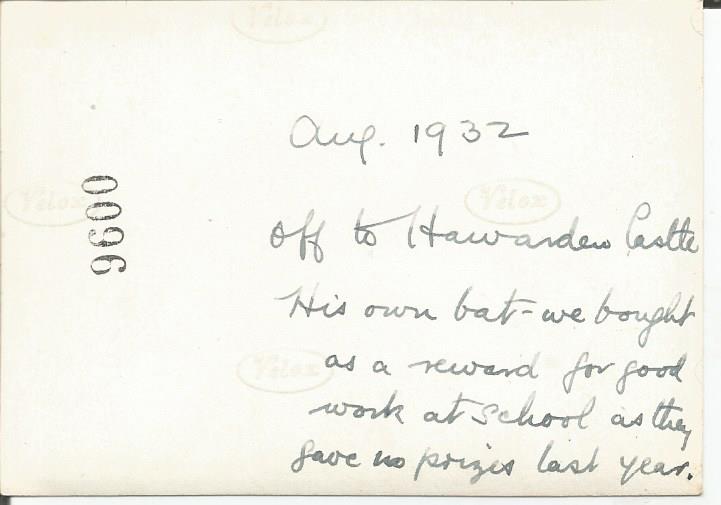 The Cricket Club played at Hawarden Castle from 1865 until a few years ago when they moved to larger grounds. This is Dick above. 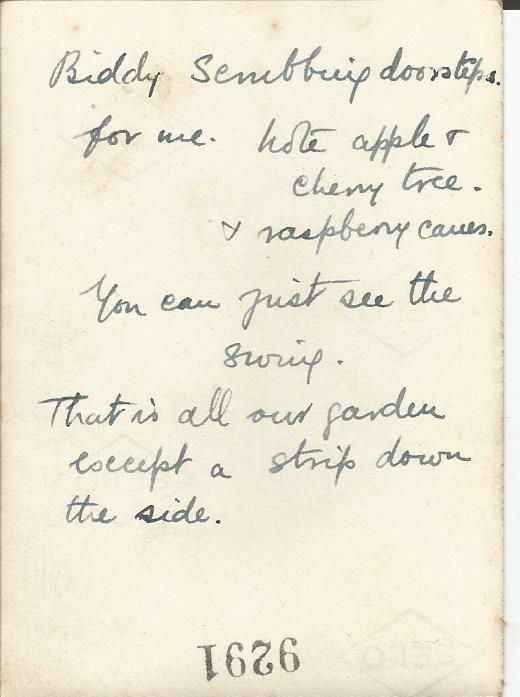 Obviously photo above was sent to one of Mums before they had visited Hawarden, North Wales

This photo above obviously taken I would think before they moved to Hawarden, but where from?

This is the new house/garden in Hawarden? On right is Jacks Mum, front 3 are Biddy, Dick & their Mum. Man with Cricket jumper I believe to be Jacks brother from other pics I have got, no names.

Hoylake (Just to the left of Liverpool on the map) 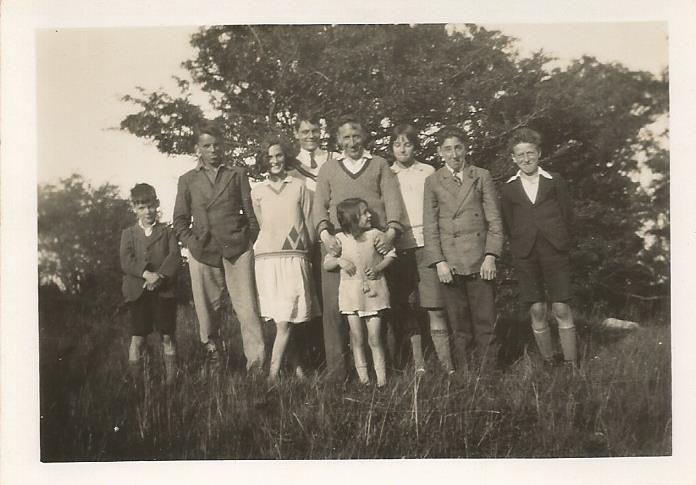 No Writing, but girl in front is Biddy, held by Dad Jack & second from right is Dick, so pic taken by Mum 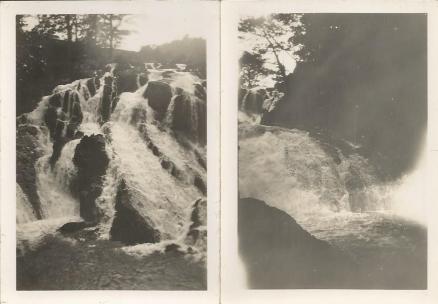 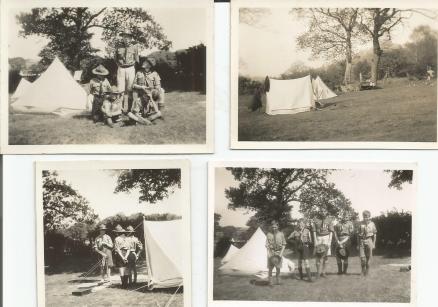 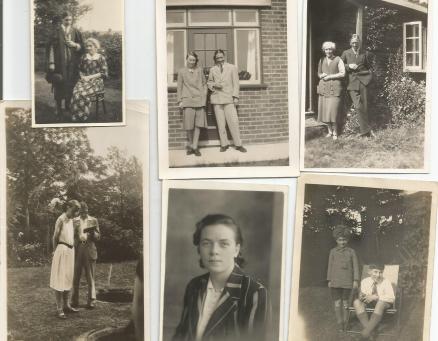 Above is a total mix of more of the photos, walking in Wales, Swallow Falls, a Scout Camp (Dick) Assorted people & bottom right are two photos of a wooden house that says ‘Wayside’ There is a possible Wayside at Lee Common, but is it a wooden building? This is just nine miles from Aylesbury where some of the photos were developed according to the envelopes. In the 1939 Register there is a retired Policeman living there by the name of Frederick John Wicks & wife Ada Jane (Haskett)the only Wicks surname I have is a Military photo taken with a Frank Wicks? See below image, I believe this to be Jack’s Dad on the left, but again no name! I have also compiled a small tree for this couple Frederick & Ada & their descendants don’t fit either! Pencil writing on pic below is mine.. 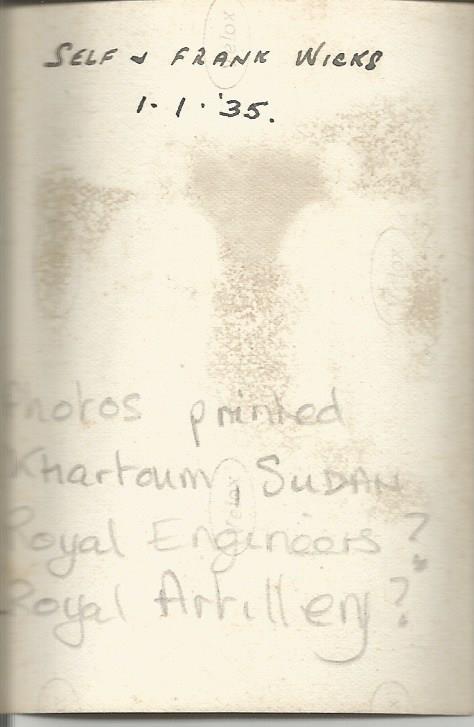 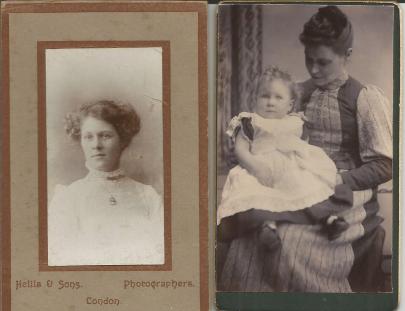 More above of the super old photos from this lot & no writing!

Lovely to have this dated on the back but no names

Love this photo and written on c1913 but again no names

Nothing written on this military old photo and was rolled up tight, so have had it under some books to flatten out, I don’t recognise anyone from any other photos in it!

Any help or suggestions would be really welcome. There are lots more photos other than these & majority have no writing at all. These are all some family’s heritance, a window into their past, photos of someone’s Ancestors. I would dearly love to identify their family. Can you help?