We had a lovely day out with friends yesterday, having a picnic in the grounds of Kingston Lacy NT near Wimborne, Dorset. We left home a bit earlier than needed, as there was a car boot sale en route! So glad we did!
I found this fabulous photo, it’s rather large, I’m trying not to buy large, but sometimes you just have to! After having a quick look on Ancestry when we got home, for more details of Mary, I found her birth, marriage in Somerset and then her death in Reading, my home town. What a coincidence! and there was more! 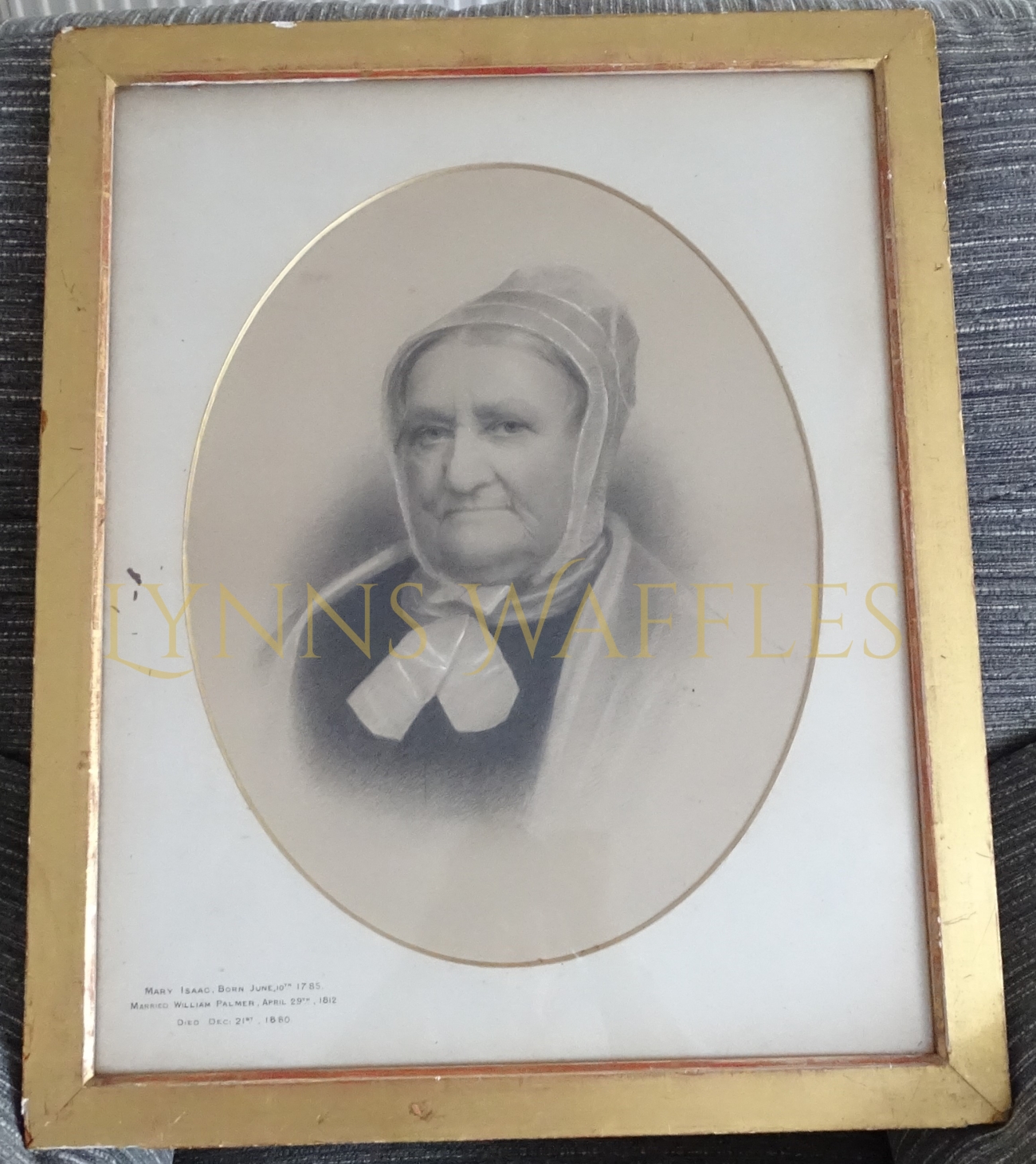 Meet Mary Isaac, who was born into a Quaker Family from Somerset, and went on to marry William Palmer & have three sons that became the Palmers of the famous Biscuit makers Huntley and Palmers of Reading, Berkshire.

Here’s a brief family history of her:

Mary Isaac was born on 10 June 1785 in Sturminster Newton, Dorset her parents were William Isaac and Elizabeth Clark, below is the record of Mary’s parents marriage on 27 Jul 1774 in Somerset. Quaker Records and most Non Conformist records are wonderful to read, so much detail. 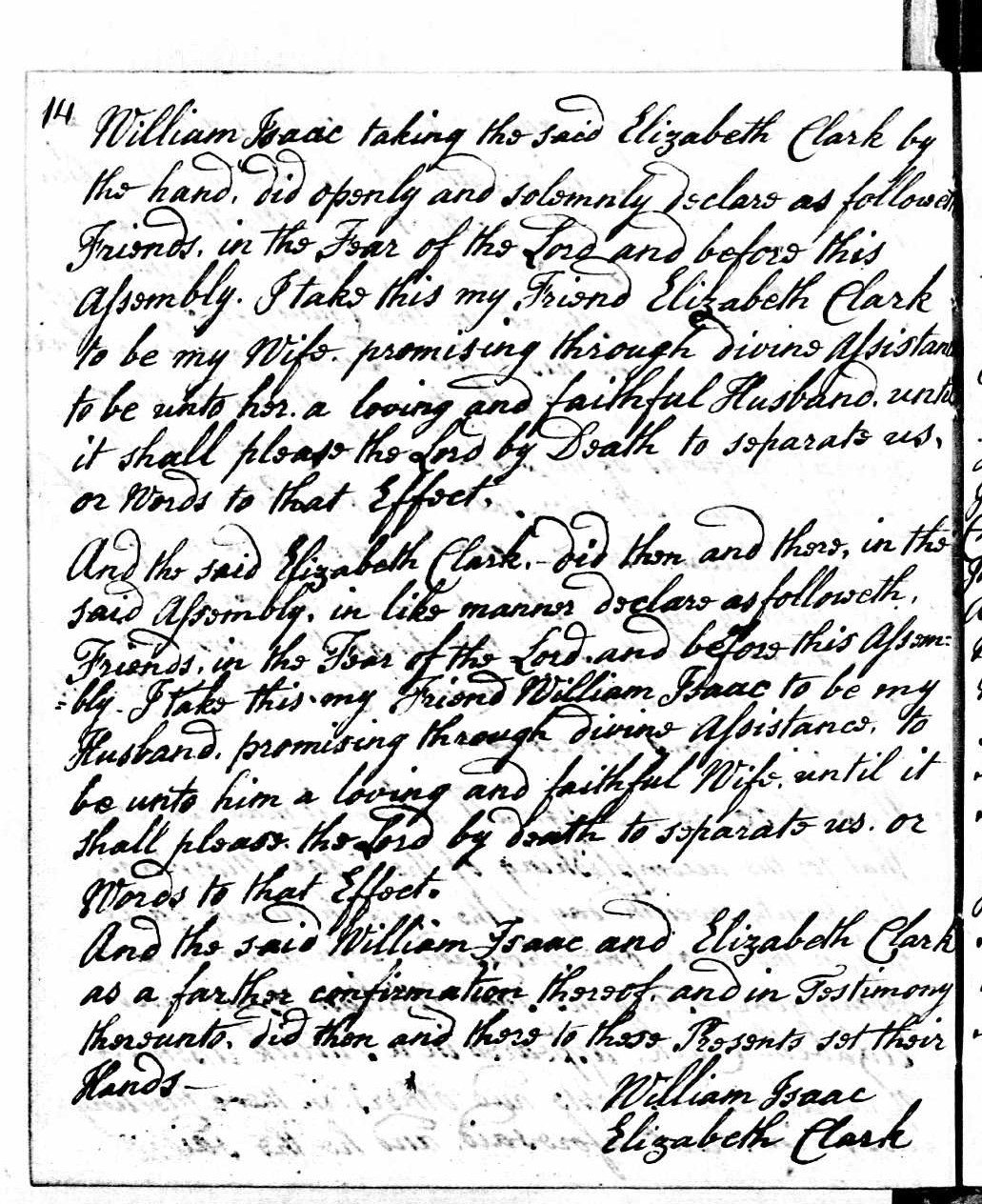 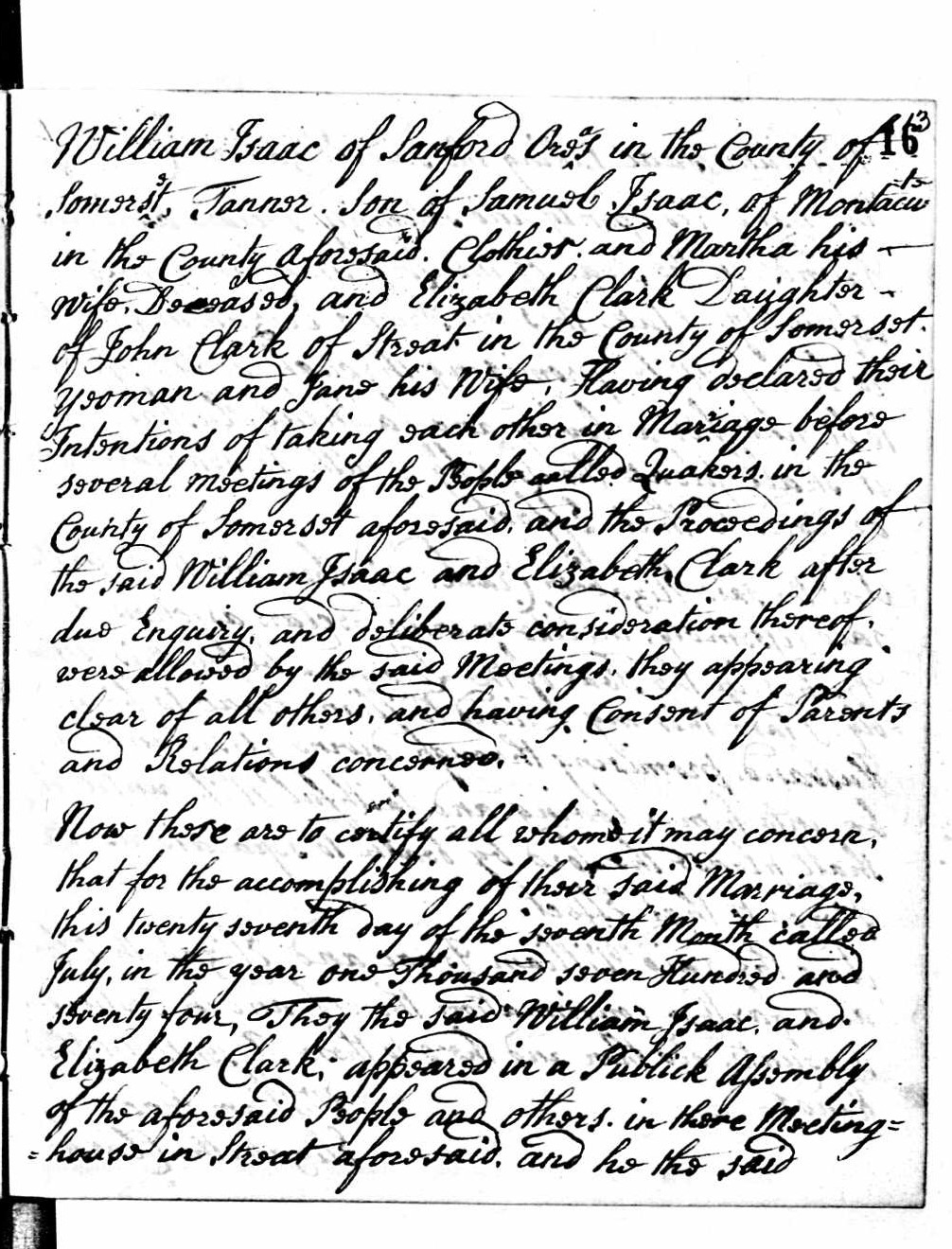 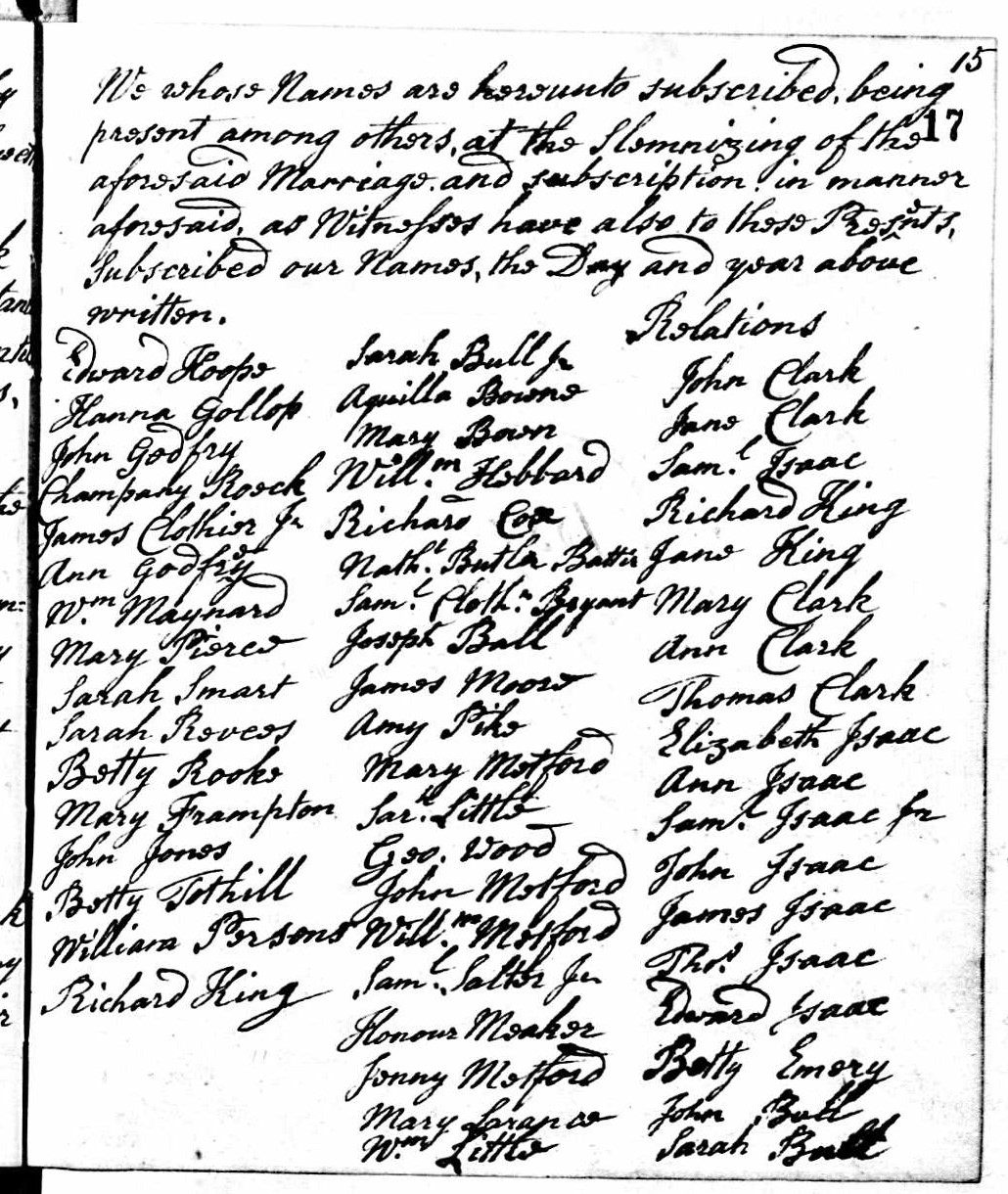 This document below is Mary Isaac’s marriage to William Palmer on 29 April 1812 in Longsutton, Somerset. 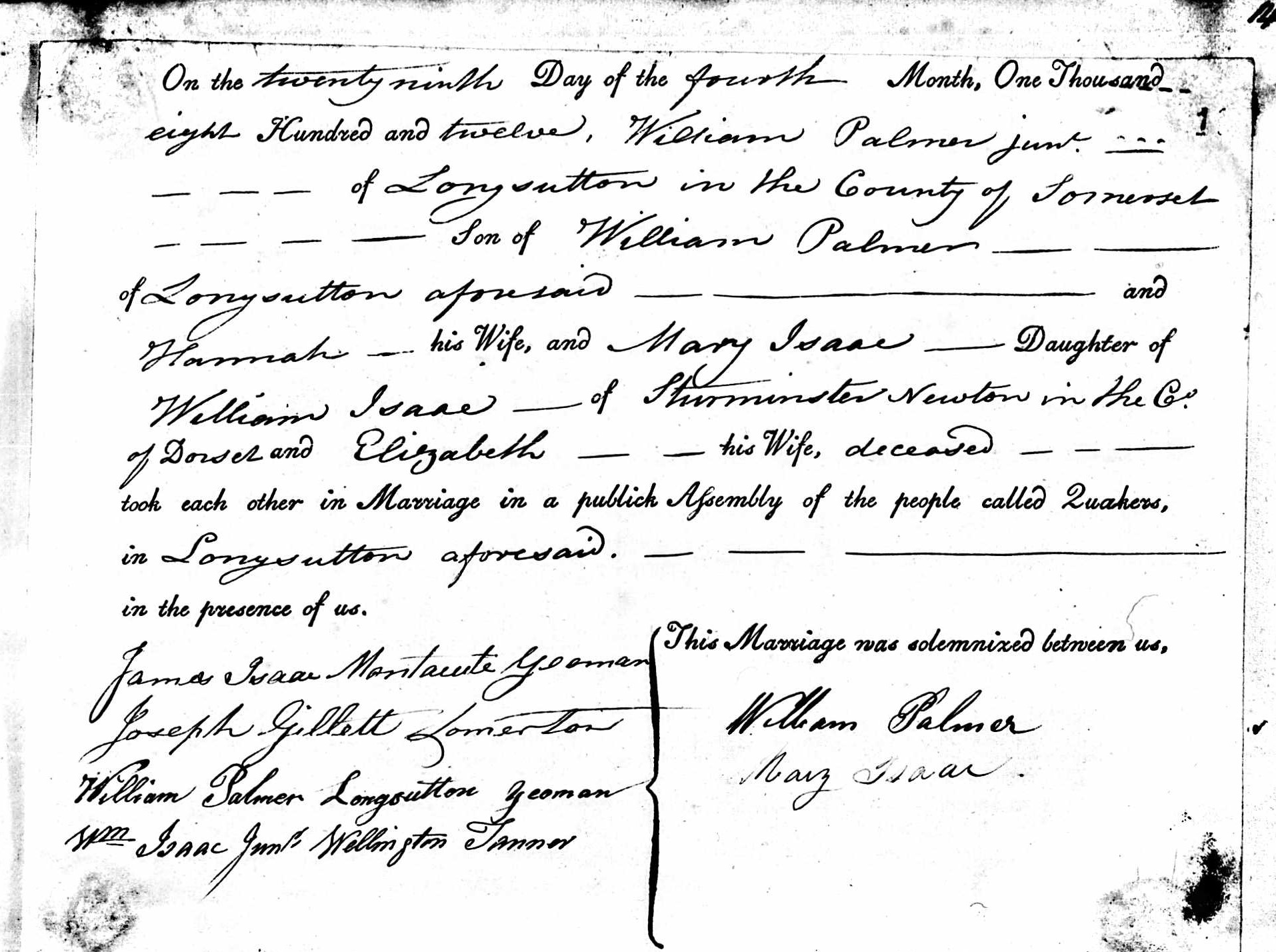 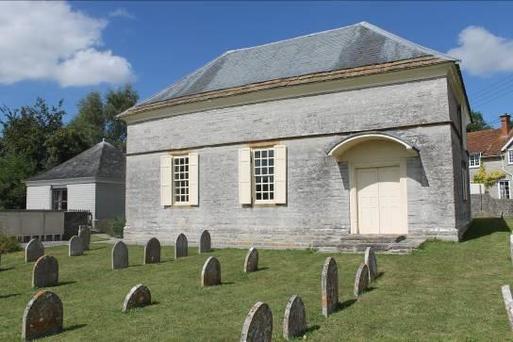 This is the Quaker Meeting house in Long Sutton, Somerset where Mary and William married, it’s still there.

I have as usual compiled a small Public Tree for the family, direct link here: Isaac & Palmer Family Tree

Despite the successful move to the new factory in 1846, Thomas Huntley was increasingly concerned about rising costs which were not being met by profits. At the same time George Palmer wrote to Thomas Huntley complaining that he was not taking his fair share of responsibility. In 1847 George Palmers brother, Samuel, was brought into the firm to run the new London Office. 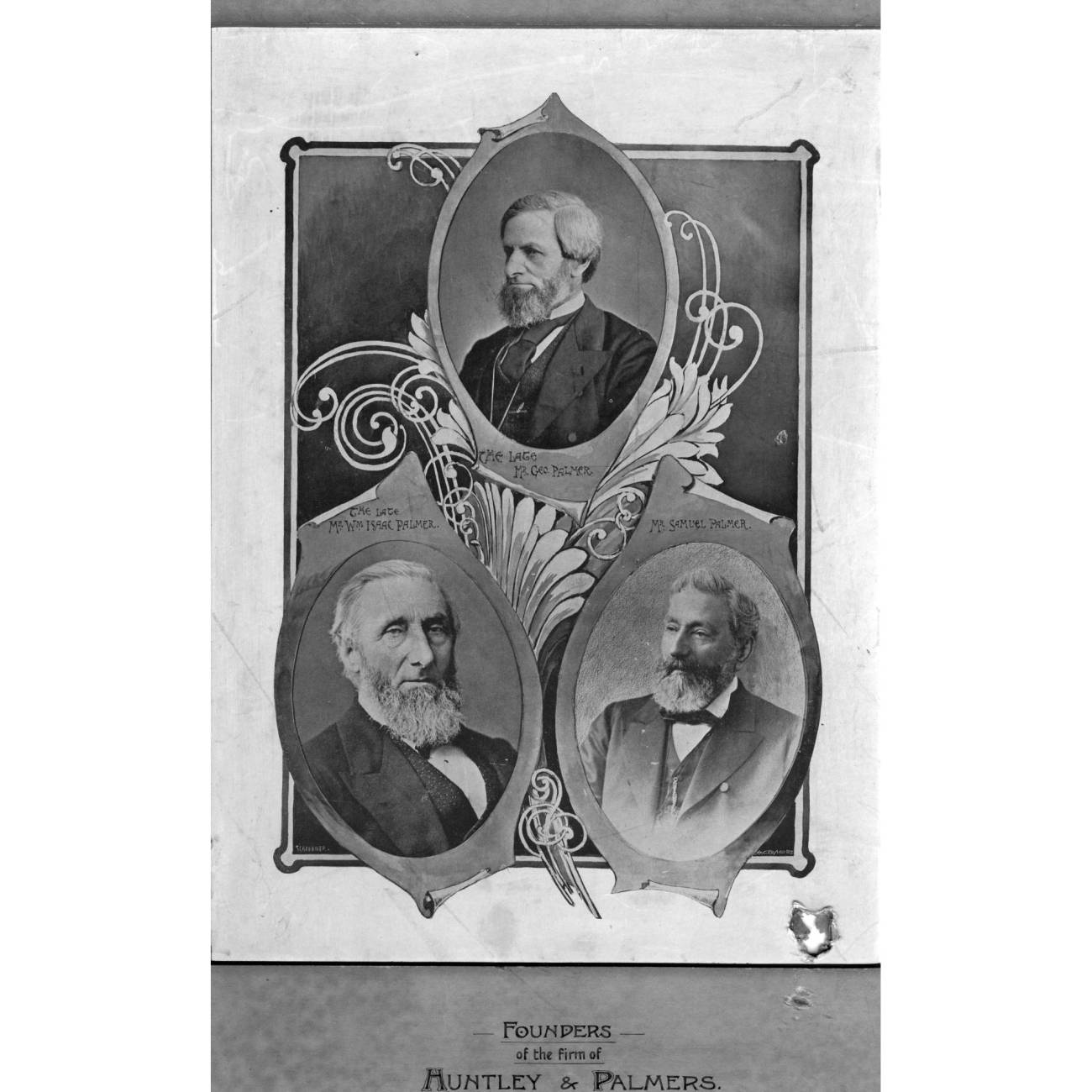 Here is more information about the three brothers from the H & P Website: From the late 1840s George Palmer devoted more time to public service. He became a councillor in 1850 and argued for better sanitation and public recreation grounds for the people of Reading. In 1857 he was elected Mayor for the town. On the day after his election over-enthusiastic supporters fired off the old cannon that stood on the mound in Reading’s Forbury Gardens, blowing out most of the windows in the vicinity!
In 1878 George Palmer became a Member of Parliament for the Liberal party. He was nicknamed the ‘silent member’, although he did make a few contributions to debates. In his maiden speech he supported a bill to grant women the right to vote – however, seven years later, for reasons which are unknown, he had changed his mind on this issue!
George died in 1897 just before his eightieth birthday. London Road was lined with 5,000 employees as the funeral cortege passed by.
William Isaac and Samuel Palmer
George’s younger brother, William Isaac, died in 1893. During his lifetime he had donated much time and money to good causes and, on his death, his benefactions and promises of funds were found to exceed his assets. His brothers therefore had to help out from their own resources.
In 1887 Samuel Palmer fell sick and never really resumed work. He officially retired in 1898 and died in 1903 aged 82. If you want to know more do take a look, click on link above, about the family and also the next generation of Palmers.

I found this amazing large group photo with description, of the Palmer Family on a Public tree on Ancestry, it is from the H & P Website, isn’t it a cracker! 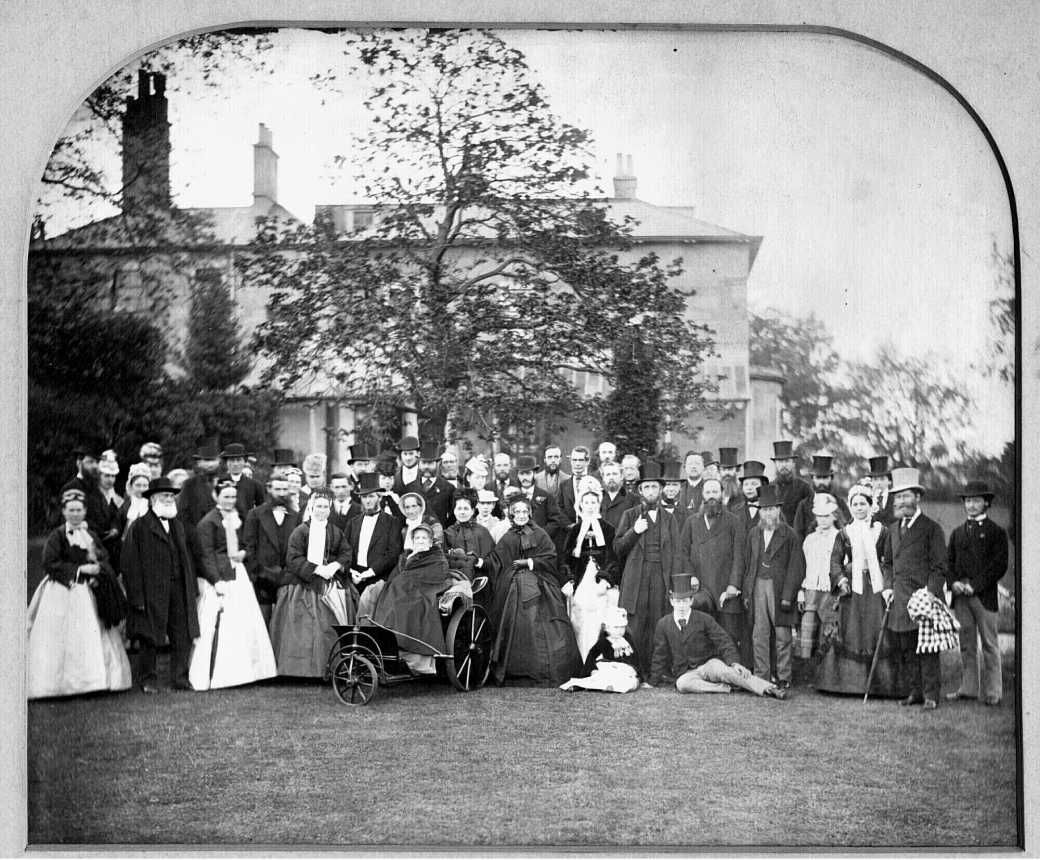 “Mary mother of the Palmer Brothers, is the elderly lady in the bath chair. George Palmer and wife Elizabeth Palmer (nee Meteyard) to Mary’s right. George William Palmer standing between them in the second row. Robert Meteyard is on the far left with the white beard. Samuel Palmer (1820-1903) is the gentleman holding the chequered rug and his wife Mary Jane Palmer (nee Marsh) is beside him. Alfred Palmer is the young gentleman sat on the ground with the top hat. William Isaac Palmer is stood behind Alfred holding his lapel. The Palmers often held Garden Parties at the home of George Palmer and senior or long standing staff were often invited“.

Are you a descendant of Mary Isaac? Do get in touch if you are.