Another recent find from the Giant Fleamarket at the Bath and West Showground, this wonderful concertina type Victorian Album, sadly in two parts, is a big puzzle to me, so I’m sharing what I can work out in the hope that someone out there might be able to help with the German side of the family, I am not confident at all working my way through German records, some I can roughly understand or work out, but not enough to be sure to add records to the public family tree I have started on Ancestry. 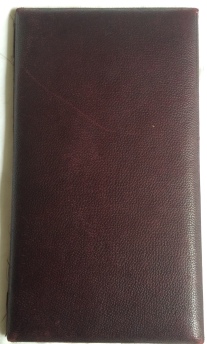 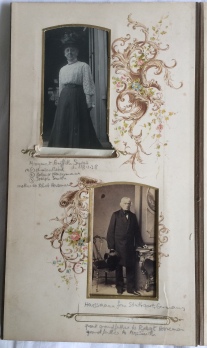 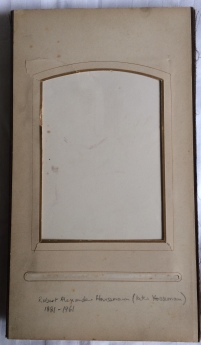 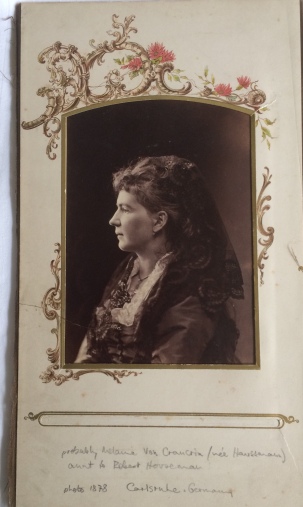 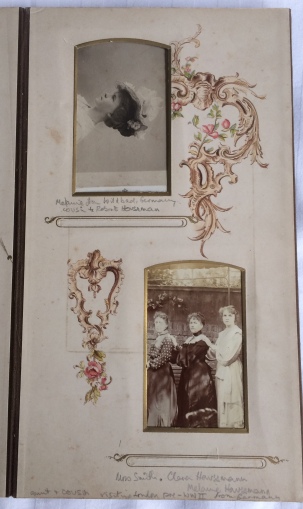 So I’m starting with the lady who brought the UK and German Family together Margaret Griffith Syms, born in 1843 Brixton, Surrey and died on 18 Jan 1928. Here she is below, she had three husbands, the second was Robert Haussmann from Germany, they had a son in 1882 named Robert Alexander Haussmann, he later anglicized to Houseman. I think these old photos may have belonged to his family.

Margarets first husband was Charles Turner Powell, see below, it turns out he wasn’t a very good catch for Margaret at all and certainly not a gentleman!

Scandal. I discovered Divorce papers for the couple dated 1881. Petition was filed by Margaret on 6 April 1881, for the disolution of her marriage, then the Decree Nisi was 26 July 1881, Final Decree was 7 February 1882.

The account that Margaret writes for the court about Charles is quite shocking, here are the interesting pages here: 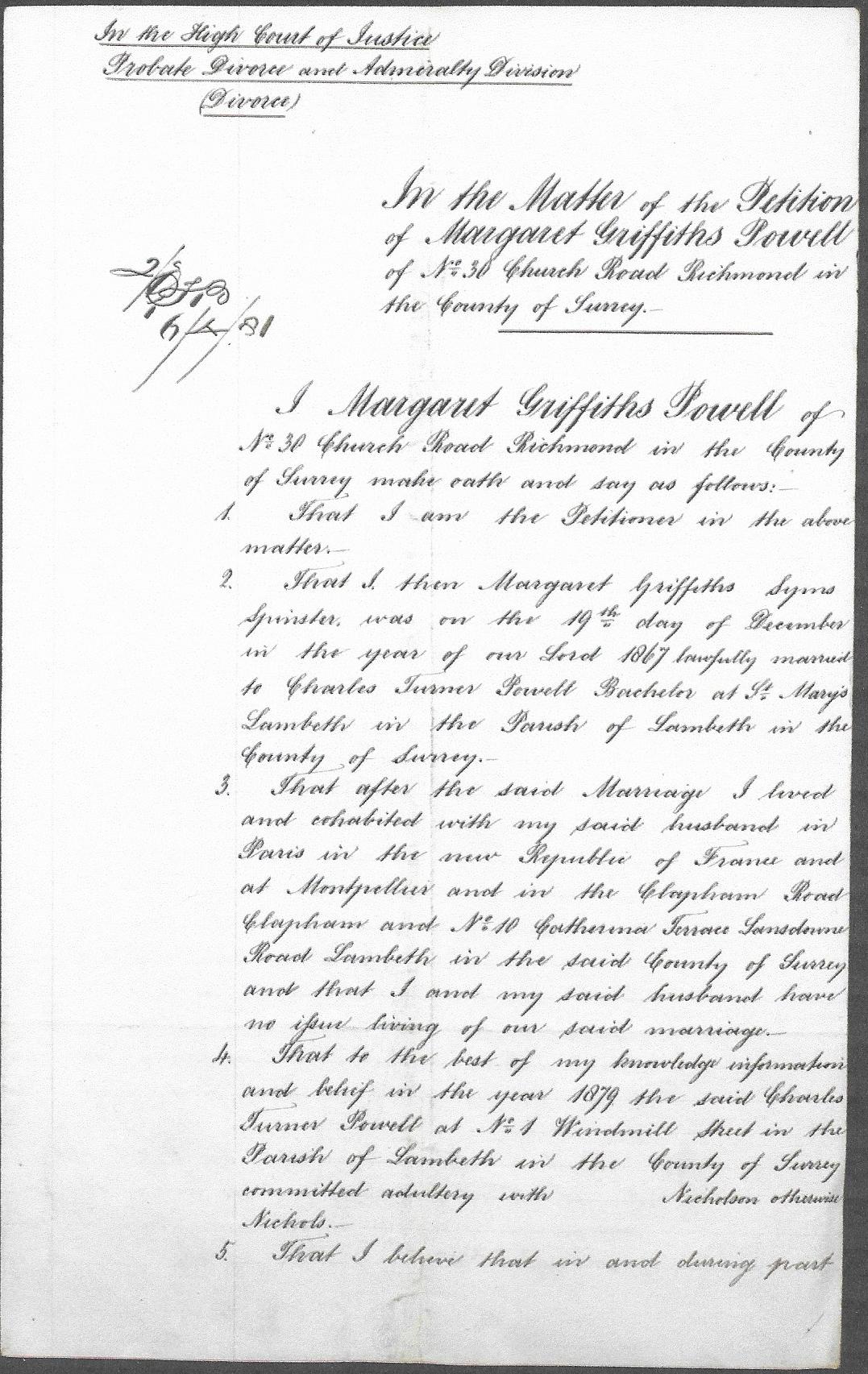 So Charles committed adultery and also passed on his Veneral Disease to Margaret, coupled with cruelty towards her too.

Charles was obviously also involved in illegal activities and as Margaret stated had left England, I found this published in Australia:

BUT There is a twist in this tale, carrying on from 1874 when he arrived in Australia, Charles must have returned to the UK at some point, I have found a very likely candidate in the 1881 census in Swinton, Rotherham, Yorkshire for Charles Powell and just because he is a Musician, as stated on the Newspaper clipping above from Australia. If this is him he must have come back down to London after the census, as he died on 23 March 1882 at 110 Kennington Road, Lambeth, did he die of his VD? and did he make contact with Margaret I wonder, he hadn’t changed his will and even though they were Divorced by 7 February several weeks before he died. He left £142, and Margaret was the beneficiary as his wife, but she wasn’t, so was this illegal? As it says ‘Wife of Robert Haussmann’ although it does say Margaret was living at a different address to him. That’s a lot of money, today worth nearly £17,000.

Then, still in the first quarter of 1882, obviously after Charles had died, Margaret married Robert Haussmann a Merchant from Germany. Interestingly they were together in the 1881 census, taken the night of 3 April 1881, see below, Margaret as a Lodging Housekeeper and Robert Haussmann(Mispelt, I have corrected on record on Ancestry)a Boarder born 1850 in Hockheim (Hockenheim?), Germany. A few weeks after the census, on the 27 May 1881 Margaret gave birth to their son Robert Alexander Haussmann, registered in Norbiton, Surrey. So they had moved from 30 Church Road, Richmond after the census and before Robert Jnr was born in May. Her address as stated on the Will of Charles was 2 Sidney Villas, Coombe Road, New Malden, Surrey, so presumably this was where Robert Jnr was born before her first husband Charles died. So sad that Robert Alexander Haussmann’s two photos are missing from the centre of this Album, would have loved to see what he looked like!

Margaret’s marriage to Robert didn’t last, as he died on 20 May 1889 at Friern Lunatic Asylum, Barnet, Middlesex. Wonder what he died of? Could he have contracted VD from Margaret? Or was it something else entirely. Robert’s death left Margaret a very wealthy woman as she inherited his £2,474 13s which in today’s money is about £315,400,00.

Here is another photo below of Margaret, this time with her second husbands German family, writing on the Album says ‘Mrs Smith, Clara Haussmann, Melanie Haussmann, Aunt and Cousin visit to London pre WW1 from Germany’ (Likely written by Robert Jnr?) 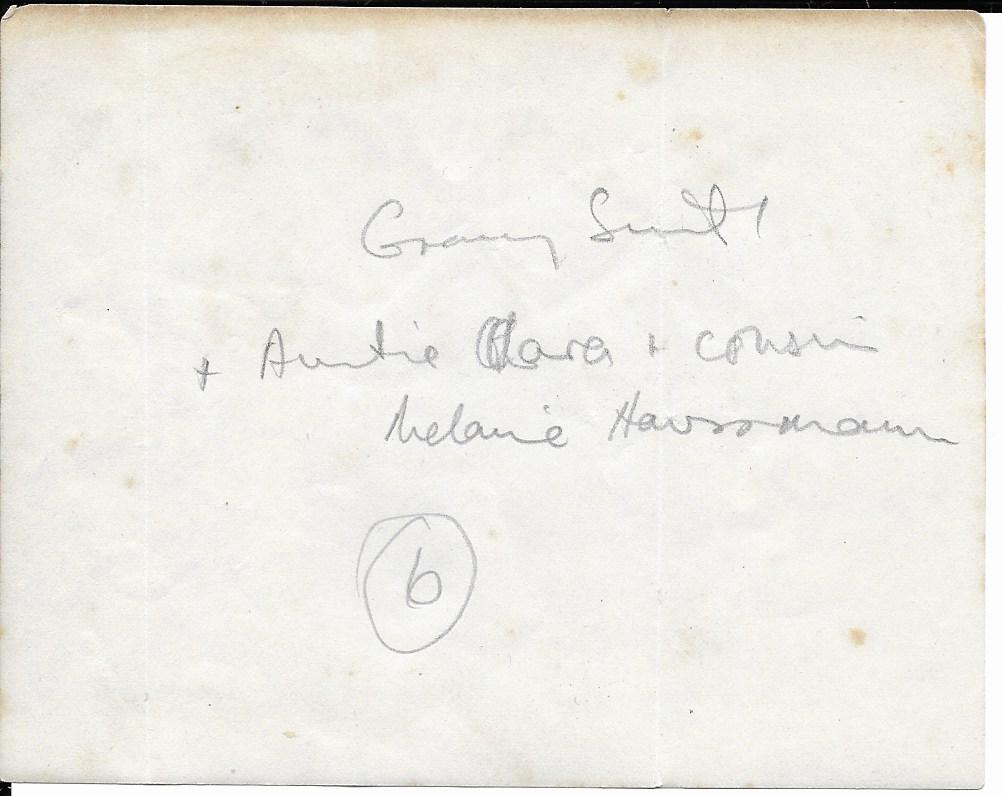 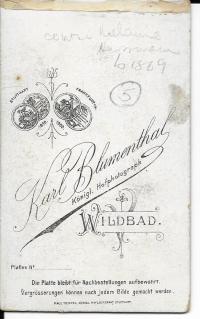 Says on this one above ‘cousin Melanie Haussmann b1869’

It says on the back of this photo above, Bob’s Grandmother..presumably…Sarah A Syms? But it can’t be her, not from the Syms family, as if you look the Cabinet Card is identical to the next one below and was a photographer in Germany. So obviously part of his German Ancestry.

Says ‘Aunt Mel’ on the one above, so matches with the one that says Melanie Haussmann, this one taken in about 1878. I’m wondering if there was two females in the family called Melanie? & one had a mother called Clara, see photo of three ladies above.

I think it says ‘Mrs/Mtr (Mater) Haussmanns father’ & ‘Bob’s f****Grandfather’ UPDATE on this, thanks to Peter, see comments, it says ‘Great’ Many thanks Peter!

In the 1891 census Margaret and her son Robert are living with one of Margaret’s brothers, a bachelor Edward Charles Syms. Margaret had eight siblings that I have found so far. 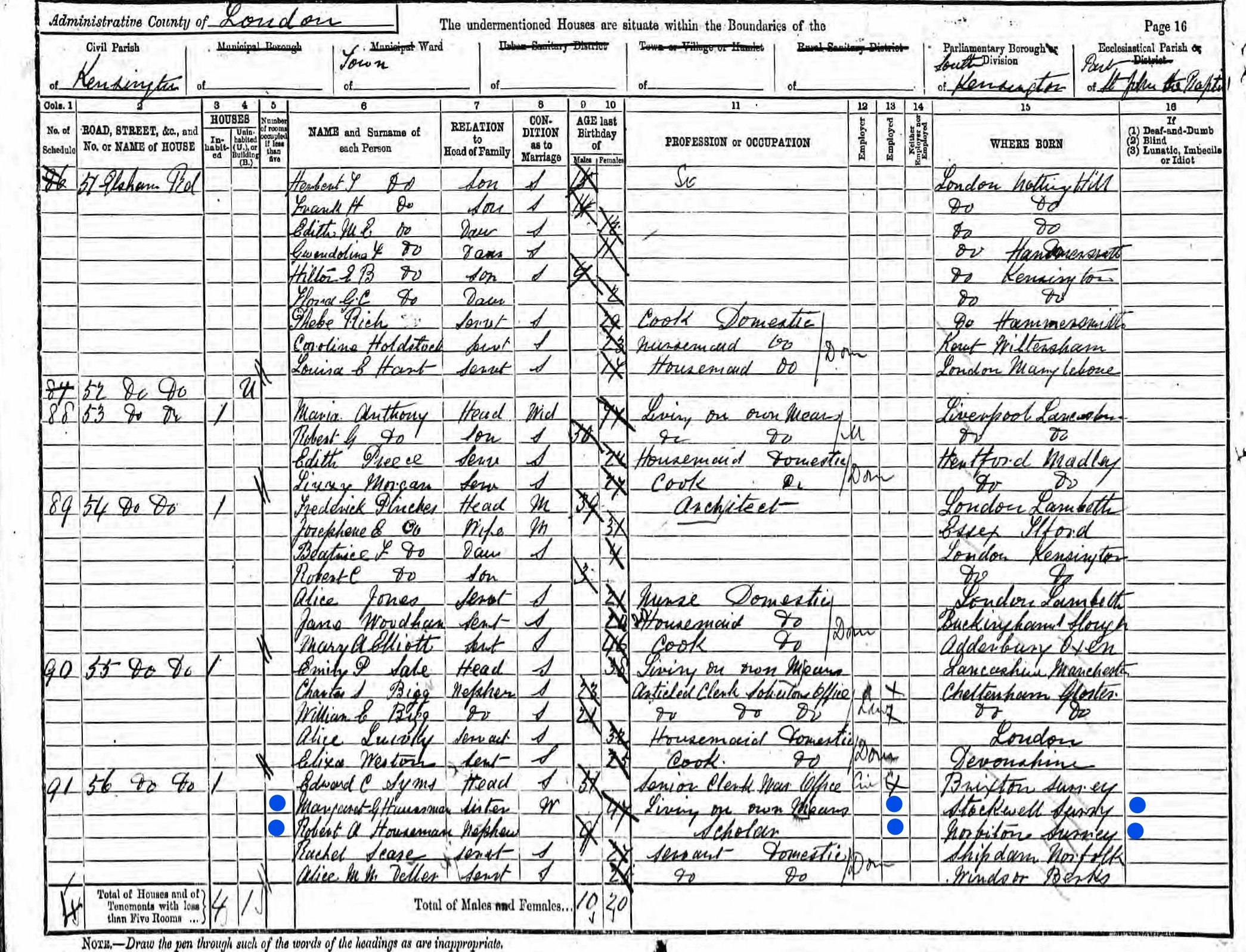 Unfortunately I can’t find Margaret in the 1901 census, nor her son Robert, I wondered if they may have been abroad, maybe visiting family in Germany or travelling somewhere else? In 1905 Margaret married Joseph Smith in Brentford, Middlesex. Here they are in the 1911 census: 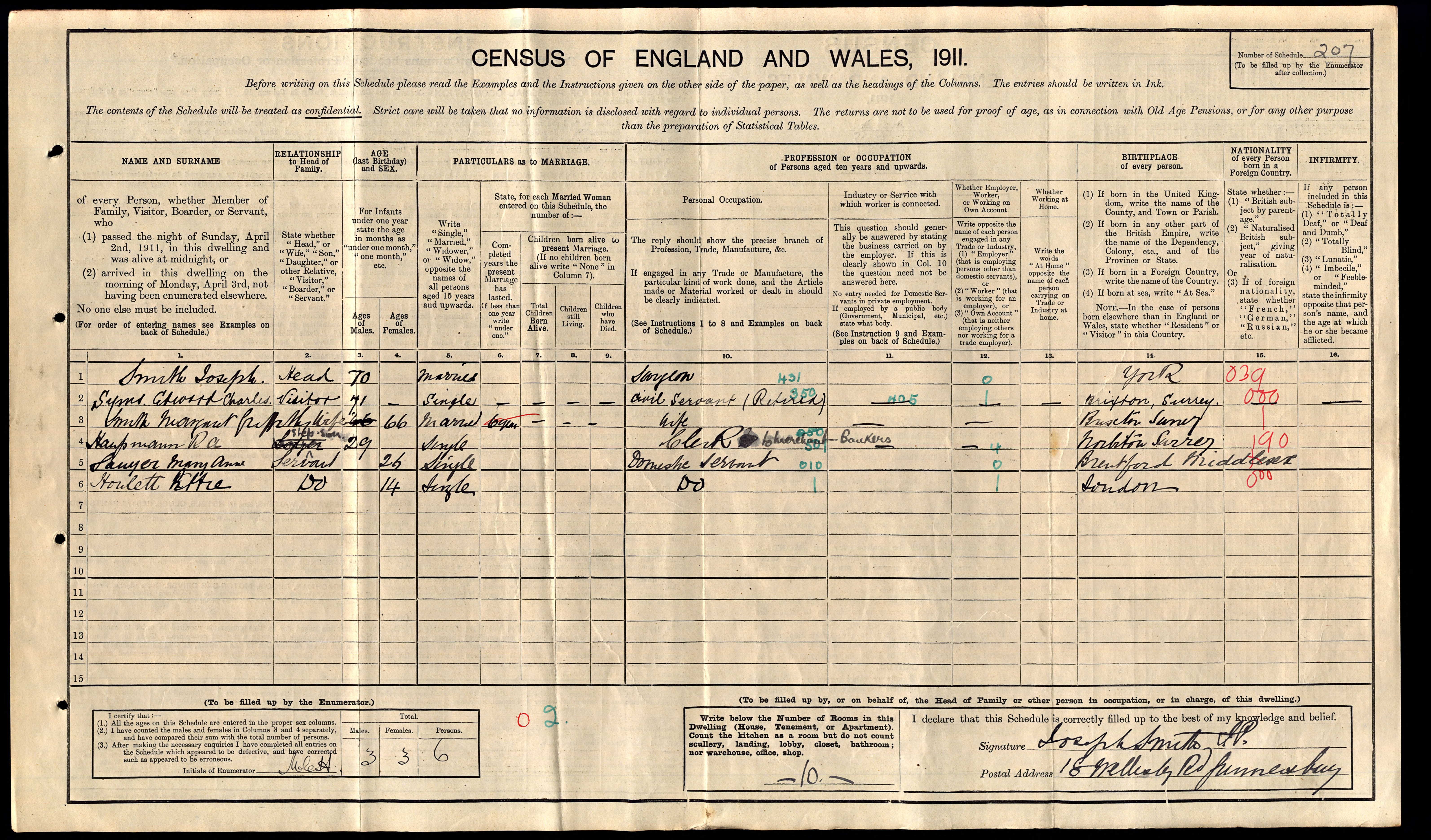 Joseph Smith was a surgeon, see above, Margaret and her son Robert, now a Clerk and also living with the family is Edward Charles Syms, Margaret’s brother. The family have two servants.

I would love to know more about the German side of this family, do you have a connection? Please get in touch if you can help.

UPDATE. 21 August 2021. I’ve just had an email from a lovely chap David who was photographing gravestones in West Norwood cemetery and came across this one. When he got home he looked them up on Google and came across this Blog I had written. So he’s contacted me to send me the photo. How kind, huge thanks to David, it’s lovely to know they are now together in peace.