I have had the most amazing week, not only are one set of photos back on their way to their families but two! Stories below:

The Stevenson branch of the family from the UK and Australia made contact with me and it’s been lovely learning more about the family through our chats.

The little boy sat on his Mums lap on the right of the photo, Peter Stevenson, is now 91, and is the only person still living in this photo taken in 1931, he is helping his son in Australia to fill in the Ancestry stories about the family.

The other person I’ve been in contact with is the son of the little boy, John who passed away in 1988, sat on the box at the front, he lives in Yorkshire, and that’s where the photos are going, he is slowly building an archive of family material and a family tree. He said “My mother’s father was a commercial photographer but strangely we have very few of his photos. He did however publish postcards and I have some of these” Another cousin also made contact with me, Victoria, and they are all in contact with each other, so that is just wonderful.

As I only bought these photos recently, we were hoping that I may have been able to find some more this last Sunday at the same place, the Giant Fleamarket at Shepton Mallett, but unfortunately I didn’t see the same seller there, but you never know for the future, I shall keep a look out for the family.

I had a message from a lady in America initially, she had emigrated a few years ago and her brother and sister are still in the UK. Then Her Mum Elizabeth made contact and shared with me loads more information about the family, that she has very kindly said I can share with you all.

Elizabeth says “I can help you with the story quite a lot more. Ten years ago my husband arranged a full family tree to be done which traces the Pogmore, Lamphier and Baker family right back to Jacob Lamphier. I have a photo of a portrait of Jacob with his bull dogs as he appeared on the front cover of an early Country Life because he also was a founder member of The Kennel Club. His Father was John Lanphier 1770 – 1841 who married Elizabeth from Carlisle. Going back to my Grandfather Horace Pogmore, I have a wedding photograph of my father Jack marrying my Mother Muriel which is probably the only photo that shows not only Horace and Kathleen(Kitty) but all five of their children Jack, Eileen (Baby) Joan and Rex and another daughter.
My sister Linda and I have lots of memories of 64, Lindridge Road – it looked a bit different to what it does now!
Horace and Kitty died within a couple of weeks of each other but I don’t think it was in 1970 I think it was 1968. – Rex just getting to Birmingham from Canada before Horace died. As far as I know the only ‘male’ Pogmore to carry on the name was Ian who was the son of Rex .
The photograph of my Father -Jack with Aubrey Phillips, my sister and I and our fox terrier, Timmy, brought back many memories. Aubrey Phillips was my fathers oldest friend they were at King Edwards School Birmingham together.
The house where the photo was taken was Milston House Wiltshire. A rather beautiful army quarter in Wiltshire – Jack was CO of Lark Hill. An Engineer, he later became Managing Director of Landrover.
One more thing- your comment about MUM or MOM reminded me that in fact ‘Gran’ (Kitty) was always MOM. I think even Horace called her this at times.” I have since been informed from several people including a follower of my blogs, Rita, that MOM was always used in the Birmingham area, she was born there too.

Here are the fabulous photos Elizabeth has shared with me:

This is my parents wedding photo.
Horace is at the end on the left next to a Kitty. Eileen was a bridesmaid.
Behind Kitty is Owen Cherry next to Kathleen (Pogmore) his wife. And you can just see Joan next to her at the back.
Also at the back behind Muriel’s father ( Charlie Noon – a prosperous inn keeper in Stratford on Avon) is Rex. 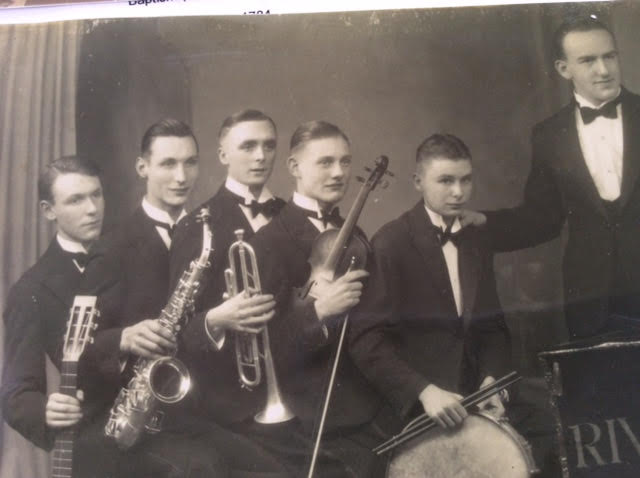 Jack Pogmore played in a band whilst at School and when he was an engineering apprentice at The Lucas Factory Birmingham. So he is the one holding the violin that I still have. 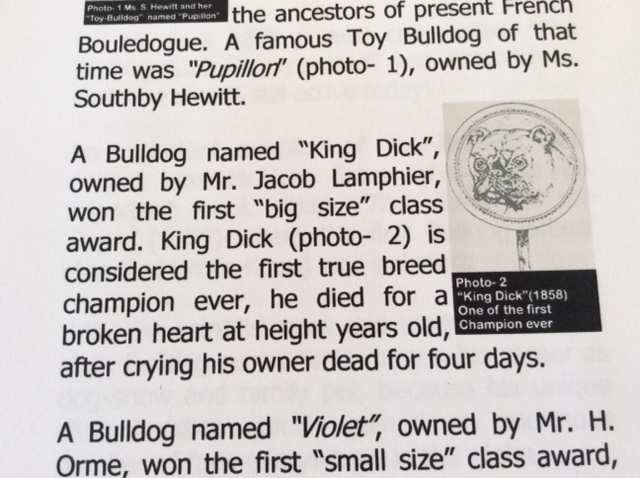 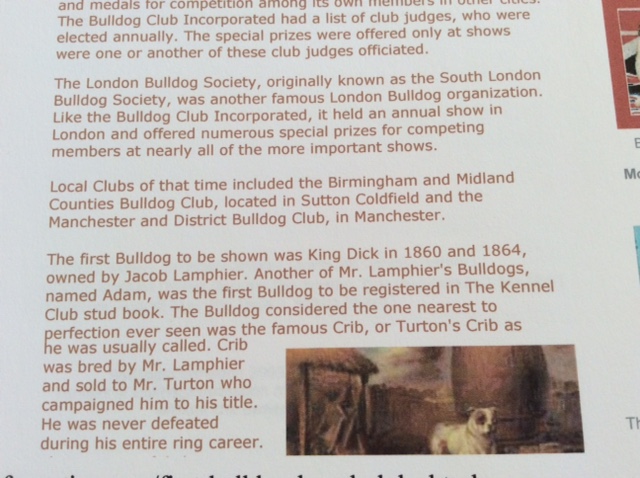 Elizabeth says “The first photograph is the whole of the Pogmore side of my family tree.
The second is Horace’s ( my grandfather) family tree
The third is the Lanphier(??LaMphier) / Baker side of the family
The issue of whether it is Lanphier ( which I have always thought it was) or Lamphier is interesting”  See photos below:

Isn’t it just absolutely wonderful that these two sets of photos are now back where they belong!

Huge thanks to both families for getting in touch and sharing their family history with me, I really appreciate it, makes all my hunting and research so worthwhile.