Earlier this month we had a week touring around Wales in our Motorhome & after visiting Beaumaris Castle there was an Antique/Junk shop we came across just along the road & was lucky & found a few old photos. The fabulous thing was when I looked carefully at the end of the day, 2 Wedding photos of the same 1920’s Wedding had a newspaper clipping tucked into the underside!

In this newspaper clipping of Jun 1924, image below, we not only have everyone’s names but such wonderful details about what the bride & bridesmaids were wearing. ” The bride was attired in an ivory charmeuse (Silk) dress, trimmed with French lace and pearls, and carried a sheaf of lilies.
The bridesmaids, her three sisters Nellie, Edith and Myfanwy were attired in mauve marocain dresses, with black picture hats, and carried bouquets of sweet peas.” (Marocain, derived from the French word for Moroccan, is a ribbed crepe dress fabric. Its warp threads, which give a fabric its strength, are made of silk, wool or rayon (or a combination of those)info found on google search. Newspapers are such a rich source of information for your family history, they wrote in such detail about every event. “Their honeymoon being spent at Langland Bay (Swansea) and Penarth (Cardiff)”.

The second photo I found of the Wedding, was of a larger group, obviously extended family. The Wedding looks wonderful, very beautiful dresses, hats and flowers. Also because they both had the tissue and covers still intact on the photographs they have kept in excellent condition too.

I have compiled a small family tree as usual on Ancestry, Parry/Lloyd Family Lynns Waffles don’t forget you can register totally free on Ancestry to have access to shared trees etc, plus there are many databases that are always free to access, you just have to register. Ancestry does sometimes have ‘free’ weekends where you can access other records too. I would always recommend anyone researching their family history to sign up to the free newsletter by Lost Cousins, here’s a recent one Lost Cousins Newsletter that will inform you of any special offers from companies & any free access on different genealogy sites, plus lots of other super info too.

Have printed out their family tree above using their firstborn son Emrys, who sadly died as a toddler. I have found possible Grandchildren of the couple, but because of the many common surnames in Wales, it would be absolutely impossible to be able to confirm any details without certificates for these. Their family tree above is, as usual, my most likely guess without being able to be 100% sure. I have found researching in Wales very challenging! So many people have the same surnames!

Thomas Alfred LLoyd and Margaretta Parry had the following children: 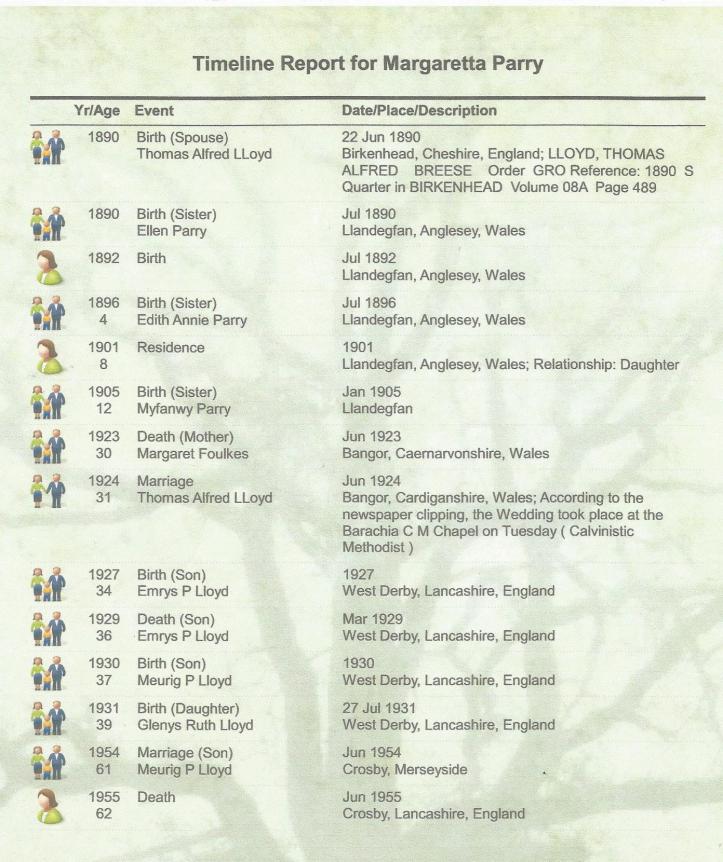 Above and below are Timeline sheets for the couple. As you can see from the family tree details, Margaretta’s mum died just the year before she was married, but her father Hugh lived till 96 years of age and actually outliving Margaretta by 7 years. Thomas’s father died in the month of their marriage, I wonder if that’s why the bridesmaids wore black hats? Then his Mum died just two years later in 1926.

These below are the 1911 census reports for Margaretta’s family first, her father’s Occupation in Welsh, meaning Craftsman, Stone Mason, Carpenter, Builder? I have been unable to find Margaretta. Then Thomas, who was 20 years old and a Clerk working in a Cotton Merchants, maybe the same place as his father, he was a Cotton Foreman Warehouseman. They all lived in Birkenhead, Cheshire. Was Margaretta maybe working in Cheshire? She was  19 at this time, could be how they met? 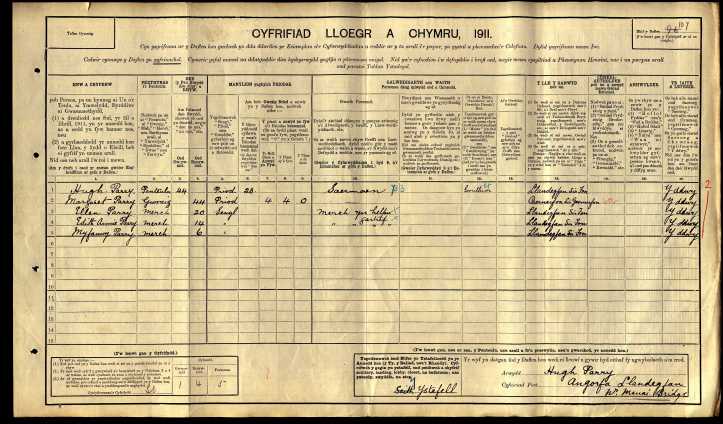 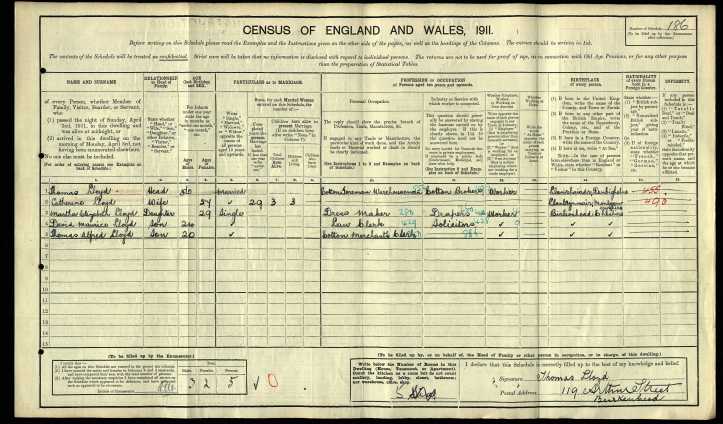 This is the couple in the 1939 Register from Find My Past, Thomas was a Civil Servant by now, but also listed as being in the Auxillary fire service. The couple went to live in Crosby in Lancashire after their marriage, their three children were all registered in West Derby, Lancashire district. Margaretta died in Crosby in 1955 (aged 62) and Thomas there in 1969 (aged 78).

The old photos I found were all taken at the family home in Bangor, Wales called Angorfa. These photos below were on an estate agents website as the house was sold in 2016, so this is what it looked like then, stunning views! As you can see the front of the house has been added to so the name has disappeared.

Are you a descendant of the couple? They had two children Meurig and Glenys.

Or are you a descendant of one of Margaretta’s sisters? Or Thomas Alfred’s family?

Please get in touch with me at the ‘Contact Me’ details at top of my blog, I would love to return these beautiful old photos back to their family.